Home   Blog   A bizarre bazaar: Criminal entrepreneurship and the importance of leisure 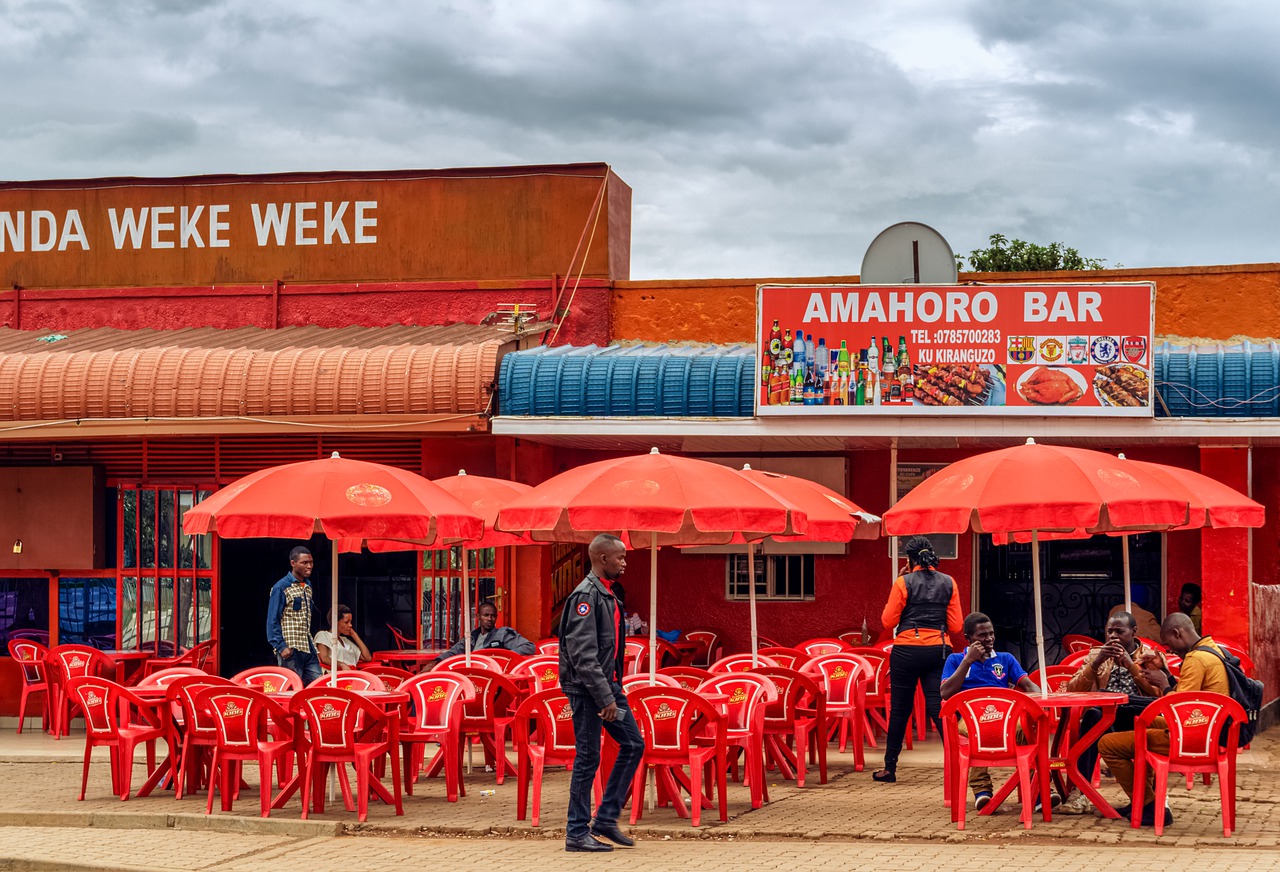 A bizarre bazaar: Criminal entrepreneurship and the importance of leisure

The traditional ‘pub’ as a site of leisure (and crime)

In bygone eras, the public house (i.e. the ‘local pub’) was a staple of the British social landscape. It was a transitional space for leisure: somewhere to go after work to relax and socialise before heading home. Yet, the local pub also proved to be crucial in the development and manifestation of entrepreneurial criminality in the local community.

The importance of these drinking establishments to localised forms of organised crime cannot be overstated, and is perhaps best evidenced through the work of urban anthropologist Professor Dick Hobbs, in his books Lush Life, Bad Business and Doing the Business. Spanning three decades (1980s-2010s), Hobbs provides a nuanced analysis of the criminal milieu in London’s East End. Throughout his accounts, pubs provide the social and physical space needed to engender criminal networks and offending opportunities (the central components of organised crime). “The City Arms”, “The Queen” “The Castle”, “The Dog” and “The Rotary” feature as the quintessential arenas “where ‘faces’… meet to trade and network” (2012: 203); where stolen items are ‘fenced’; counterfeit goods and illegal drugs sold; disputes violently resolved; reputations forged; and where local intelligence is gathered and shared – by both criminals and police. Given that entrepreneurial crime is built upon fluid collaborations and networks, it is perhaps no surprise that the pubs’ environment helps social ties come to fruition.

But, as habits of leisure and consumption evolve, how might other settings of leisure fortuitously serve the needs of the entrepreneurial criminal class? This question was brought sharply into focus during a recent ethnographic study I undertook with colleagues at Manchester Metropolitan University and the University of Manchester. This study investigated gym culture and body image at a ‘hardcore’ bodybuilding gym in the north of England. It quickly became apparent during the fieldwork that Behemoth Builder Gym (not its real name) was more than merely a functional space for physical exercise; it inadvertently acted as an ‘entrepreneurial area’ where many local ‘faces’ came to not only weight train, but also enhance their (masculine) reputation, network and/or trade. As we note in our paper: “It was as much a space for leisure and for socialisation as it was a space to hone one’s physique. … [It] provided a social setting in which a predominantly male clientele essentially ‘hung out’ away from occupational or familial commitments, and it helped facilitate an expansive, seemingly fraternal, social network through which the demand for illicit goods could be met”.

The gym setting and its fraternity

With its exposed brick walls, concrete floors and blusteringly loud music, Behemoth Builder Gym caters ostensibly to a particular kind of gym member: those seeking the ‘authentic’ old-school ruggedness of yesteryear’s bodybuilding gyms over the luxuries offered by contemporary corporate ones. Despite its unrefined interior aesthetic, the gym’s exterior is neat and professional, and the gym itself is located in a low-crime neighbourhood. Vehicles belonging to gym members, such as Range Rovers, BMWs and motorbikes (vehicles that are often emblematic of successful ‘grafters’), line the semi-residential street on which the gym is located.

Membership was comprised almost exclusively of men aged 20-45. Most were ‘serious’ amateur bodybuilders training five days a week; several had even competed nationally in bodybuilding and strongman competitions. Our interviewees came from a variety of occupations – albeit ones that may be viewed as traditionally ‘working class’ – including retail or nightclub security, taxi drivers, window cleaners, engineers, carpenters, electrical linemen, decorators, welders, and factory managers. Following their workout many stayed behind to share training or dietary advice, gossip, trade ‘war stories’ and tell jokes. Many also discussed their regimens of image and performance enhancing drugs (IPEDs).

There was a tangible sense of community here and a fraternal bond exhibited itself amongst the gym’s membership. It is here, amongst these men and within this site of leisure, that we observed associational networks conducive to organised criminality being forged, and illicit entrepreneurial activity being fostered.

Woven into the fabric: the embeddedness of crime

The gym’s very inception and its subsequent expansion had been financed through criminal profits. Its owner, Sol (not his real name), had strategically invested the profits earned from a relatively short-term, though highly lucrative, cocaine wholesaling career into a number of small businesses, which included Behemoth Builder Gym.

Having long-since retired as a cocaine trafficker, Sol now devotes much of his time to the management of this business and the training of its members. Yet, the bulk of the gym’s revenue comes from the unlicensed – and thus illegal – commercial sale of IPEDs, such as androgenic-anabolic steroids (AAS), human growth hormone (HGH) and melanotan (‘tanning jabs’). Approximately three-quarters of the gym’s 300-400 membership are IPED users and most of those we spoke to cited Bemouth Builder Gym as their primary source of these drugs. The gym is also involved in the unlicensed sale of medicinal drugs, such as Tamoxifen, to help users mitigate the side-effects of IPEDs. As we note in our paper: “IPED use was not merely condoned in this setting but was instead actively facilitated and supported by the gym and its staff members”.

Beyond offering a source for these drugs, the gym also provides members with disinfectant wipes, sterile water and ‘sharps bins’ for the safe disposal of used needles; all free-of-charge to minimise the harms of intramuscular or intravenous injection practices among their members.

Yet, such entrepreneurial criminality extends beyond the gym and its staff. We interviewed several gym members who bought IPEDs from the gym and resold them to friends or co-workers. It also transpired that several members were involved in the supply of illegal drugs, including cocaine and cannabis. Though members were prohibited from bringing drugs into the gym, several had established customer contacts and arranged drug deals at the gym. During the research, other less conspicuous offences were also observed. For instance, fieldworkers observed the gym owner purchasing vitamin drinks (Fortisip) from individuals whom the manager claimed were heroin users who acquired them on weekly prescription. These vitamin drinks were then resold to members. On another occasion, fieldworkers observed a couple (non-members) bartering with the gym manager over tools they had ostensibly stolen and were trying to sell to him.

In summary, our observations indicate that the entrepreneurial elements that constitute much contemporary organised criminality were embedded into the fabric of this gym and the fraternity that it nurtured.

The gym as the new pub?

Local pubs, evidently, were once crucial settings in the development and manifestation of entrepreneurial criminality. In part, this was because the pub was a popular site for leisure and socialisation. But times are changing. According to the Office for National Statistics one-quarter of all Britain’s pubs have closed since 2001, a decline largely attributed to a drop in the number of young people drinking, the quantity of alcohol consumed, and increasingly cheap alcohol sold in supermarkets and off-licenses. At the same time, the gym and fitness industry has enjoyed substantial growth, linked to the increase in the sale of gym memberships and new leisure habits. A recent piece in the Financial Times leads with the subheading: “has the gym become the new pub?”. Our study suggests that, in many ways, it has, not only for the general ‘law-abiding’ public, but also for those who constitute entrepreneurial organised crime.

We assert that gyms, as with pubs, provide a space to socialise and relax; a transitional space that helps separate work life from home life and family commitments. The social landscape present in Bemouth Builder Gym fostered networks and criminal opportunities (for the trade in IPEDs, diverted medication, recreational substances and stolen goods) in much the same way that pubs traditionally had. In these kinds of ‘male spaces’, a fraternal society is nurtured. The gym provides a new site for displays of new forms of masculinity and reputation building. Whereas men once built their local reputation in the pub by demonstrating their fighting prowess, now the measure is as likely to relate to one’s physical prowess, as demonstrated by the amount of weight they can press or lift. Beer pumps are replaced with body pumps, pints of beer with protein shakes, and darts with needles.

Whilst we acknowledge that this is only one small case study, the rich data we gathered, against this backdrop of leisure and lifestyle change, suggests that the gym is a space for rich data collection that is currently underexplored. The gym we studied was truly a bizarre bazaar.

Dr Mike Salinas is a Lecturer in Criminology in the Department of Sociology at Manchester Metropolitan University, UK. He has a particular interest in offending careers over the life-course, illegal drug markets, and illegal drug use. He studies the social and logistical intricacies of drug markets at various levels of the supply chain including at the retail, wholesale and import/export stages. 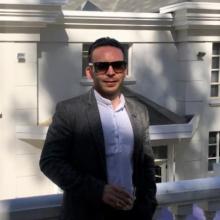