Home   Blog   A New Era in the War on Drugs? Between the Lines of the US-Colombia Bicentennial Partnership 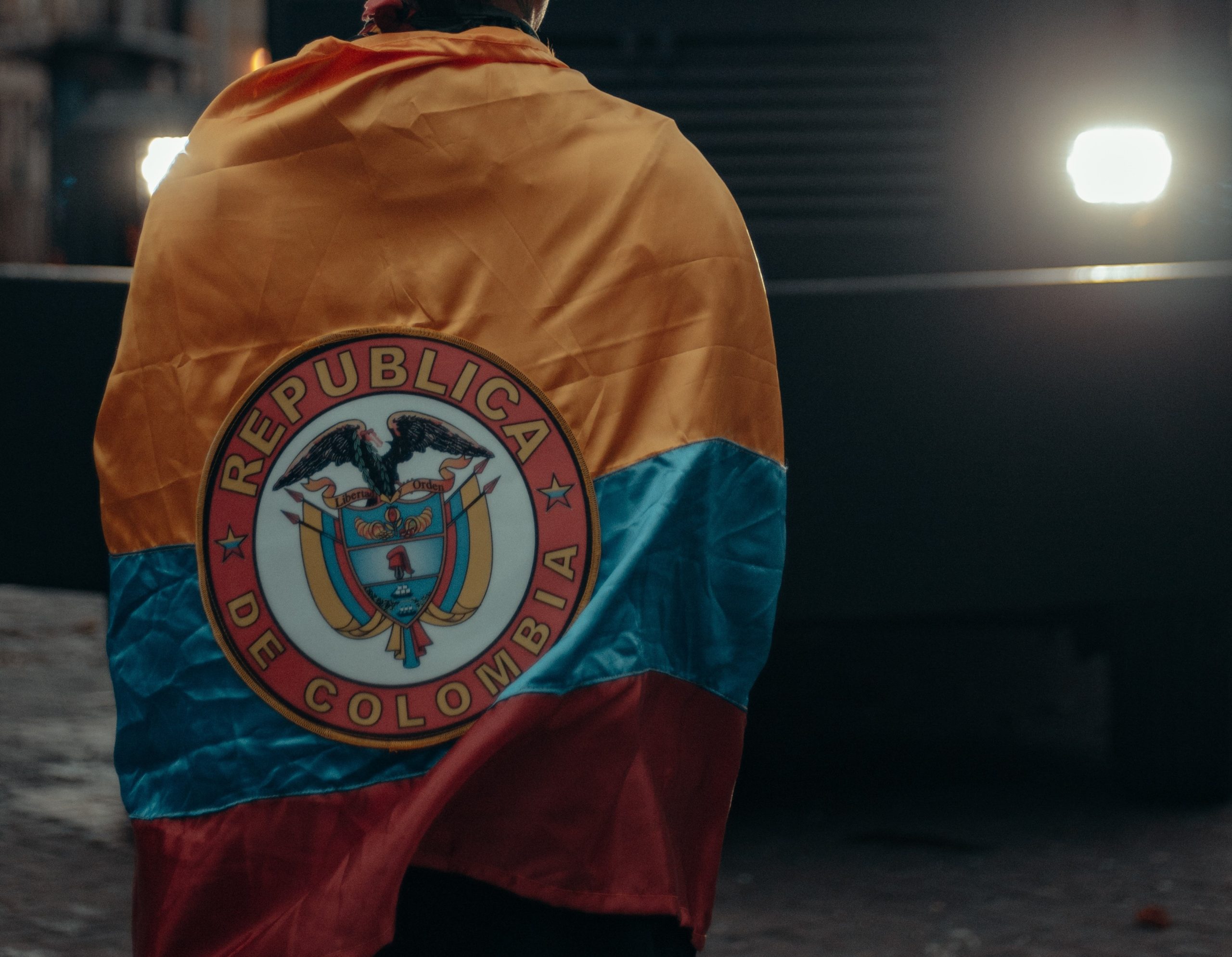 A New Era in the War on Drugs? Between the Lines of the US-Colombia Bicentennial Partnership

Since establishing diplomatic relations in 1822, Colombia has become one of the United States’ (US’s) most important partners in Latin America. Collaboration notwithstanding, Colombia’s prominent role as a cultivator of coca, the base product for cocaine, has pushed counternarcotics policies centred on supply reduction to the forefront of this relationship. Last week however, a joint Biden-Duque statement to mark the bicentennial of the US-Colombia partnership marked a subtle, but potentially profound, shift.

The History of Counternarcotics in Colombia

Since the 1980s counternarcotics has been the defining issue in US-Colombian relations. Accordingly in 1999 the two countries signed a strategy called Plan Colombia which sought to end the country’s armed conflict with guerrilla group the Fuerzas Armadas Revolucionarias de Colombia (FARC), promote development, and lower the cultivation, processing, and distribution of illicit drugs in Colombia by 50% in six years. Between 2000 and 2016 the US provided $10bn in assistance to Colombia, 75% of which was security assistance for the military and police.

Yet despite the landmark peace deal with the FARC in 2016, Plan Colombia’s counternarcotics strategy failed. Between 2000 and 2016, 1,600,000 hectares of coca crops were fumigated and 413,000 hectares manually eradicated. In spite of this, coca cultivation in Colombia more than doubled between 2010 and 2020.

The Flaws of Plan Colombia

The practice of aerial fumigation was linked to disease, environmental pollution and the destruction of legitimate crops. As a result, it was halted in 2015 after the World Health Organisation (WHO) warned that the key ingredient glyphosate was “probably carcinogenic”. Manual eradication has not fared much better, bringing the state into sometimes deadly conflict with communities that rely on coca for their livelihood.

Moreover, critics say that Plan Colombia worsened the human rights situation in Colombia, contributing to the impunity of the military, intelligence and police forces who have engaged in a raft of abuses. This includes collaborating with paramilitary and criminal groups, the extensive illegal surveillance of journalists, civil society leaders and opposition politicians, and the ‘false positives’ scandal, during which thousands of innocent people were murdered and falsely labelled as guerrilla fighters killed in combat. These issues are inextricably linked to the corruption that flourished under Plan Colombia, blurring the line between abuses committed for political reasons and those committed for personal gain.

By treating coca exclusively as a security problem rather than a socioeconomic one, Plan Colombia failed to recognise that coca was a vital lifeline for many rural communities. As a result the strategy made minimal efforts to promote rural development and provide alternative sources of income for communities that relied on coca.

What about the Peace Deal?

However, crop substitution policies have been poorly implemented. Farmers that voluntarily eradicated their coca plants have not received the promised payments or support to grow alternative crops, whilst social leaders advocating for crop substitution have been targeted by criminal groups. Action on rural development has also been slow, leaving communities without the infrastructure they need to transition from a reliance on coca.

Therefore, although the peace deal sparked hope that significant progress was finally going to be realised on the issue of coca, cultivation has increased, communities continue to rely on it and the state finds itself in perpetual conflict with its citizens.

The Bicentennial Statement: A New Approach?

Whilst President Obama’s Peace Colombia initiative promised change, it maintained a focus on military support and eradication. In the following years President Trump remained committed to a hard-line counternarcotics response and threatened to remove Colombia as an ally in the war on drugs unless it increased eradication efforts. However, the election of Joe Biden in 2020 led to speculation that the US would alter its approach. The bicentennial statement may be the first step towards a policy that recognises Colombia’s coca problem as one of both supply and demand, encompassing the underlying causes of rural communities’ reliance on coca and the wider dynamics of the international drug trade.

A holistic approach to counternarcotics focused on expanding access to evidence-based prevention, treatment, harm reduction, and recovery support services, as well as reducing the supply of illicit drugs through renewed efforts that link eradication, interdiction, drug demand reduction, anti-money laundering efforts and robust rule of law institutions… [which] will combine rural security and development efforts and work to consolidate and sustain peace implementation and reconciliation programs, whilst ensuring that criminal actors are bought to justice.

To have a meaningful impact this new commitment should focus action in three key areas: tackling the underlying community-level reliance on coca, a wholesale commitment to all elements of the peace agreement and action on corruption and impunity.

By making meaningful progress on rural development the US-Colombia partnership can undermine the conditions that promote a dependence on coca. Such development needs to be community-led and sensitive to local conditions to ensure it does not contribute to the disenfranchisement of rural populations. Better roads, schools and local services would support farmers to move away from illicit crops. Moreover, a renewed focus on rural development would help provide new opportunities, addressing the conditions that lead young people to join criminal groups because they perceive themselves to have few other options in life.

The peace deal is vital to ensuring that such development initiatives succeed and wholesale US support for all its provisions would help reinvigorate implementation efforts. Conflict and cocaine are inextricably linked in Colombia’s history of violence and the peace agreement recognises this by addressing drug trafficking, rural underdevelopment and the underlying causes of conflict. Failure to implement the peace deal properly therefore risks the return of conflict conditions under which illegal actors and illicit trades can thrive unchallenged.

Finally, the bicentennial commitment to “anti-money laundering efforts and robust rule of law institutions” needs to include action on corruption and impunity. In recent years and historically, state forces have been connected to human rights abuses for which few have ever faced justice. Equally, corruption has thrived nationally with politicians, elites and state forces linked to organised crime. Colombia’s allies may be reluctant to openly acknowledge the link between state corruption and drug trafficking in the country but refraining from so doing makes it impossible to address one of the fundamental pillars that underpins illicit economies in Colombia. Corruption is key to the activities of Colombia’s criminal groups and facilitates the violence that the country has struggled with. As Colombia’s presidential election approaches it is increasingly important to recognise the role played by corruption and address the impunity that allows it to flourish.

Former President Santos said in 2021 that the war on drugs felt like “I was on a static bicycle, pedalling, pedalling, pedalling. I’d look to the left and I’d look to the right and I was still in the same spot”. The subtle changes outlined in the bicentennial statement may pave the way for a new pathway, away from the militarisation that has characterised the war on drugs and towards a truly holistic approach.

However, any optimism should be cautiously indulged. Whilst Colombia enjoys much higher levels of security than it did 20 years ago, drugs and violence have proved remarkably resilient to efforts to curb them. The significance of this particular change remains to be seen – one can only hope it is not another turn on the wheel of that static bicycle.