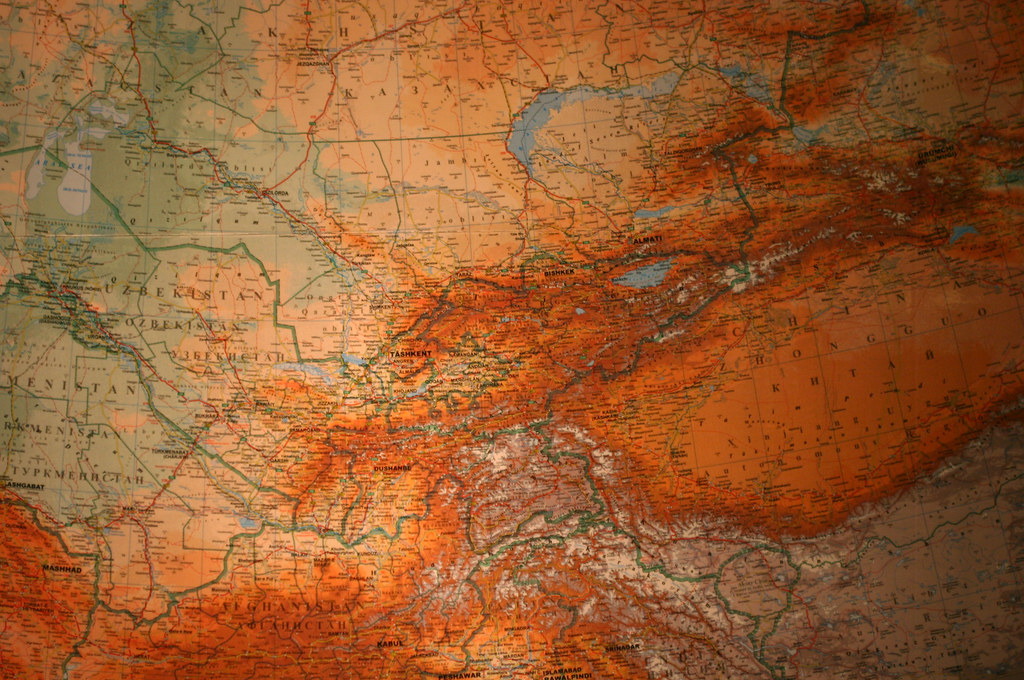 Transnational smuggling routes throughout Central Asia are not a new problem: the region has served for centuries as a vast transit hub for both legal and illicit trade to Europe and the Middle East.

More recently, China’s new transnational One Belt, One Road (OBOR) strategy, which seeks to revive Central Asia as a nexus of regional trade, was linked to the facilitation of illicit trade and transnational crime in a report by the UN Office on Drugs and Crime (UNODC).

This fear was exemplified on 7 March, when the Kyrgyz Republic arrested several drug control officers for illegally possessing over 7 kg of heroin. In a region where state security services actively participate in a lucrative opiate trade out of Afghanistan, this is hardly surprising.

What is less clear is the extent to which these same drug trafficking methods and routes are being used to smuggle bomb-grade nuclear material from former Soviet states to terrorist groups.

When ruled by the USSR, the five Central Asian states – Kazakhstan, Tajikistan, Kyrgyzstan, Uzbekistan and Turkmenistan – played a key role in developing weapons of mass destruction by producing fissile material and using their large, sparsely populated lands for testing.

Since their independence, these states were quick to dismantle their nuclear facilities and expatriate any inherited nuclear missiles to Russia. By 2009, Central Asian states had signed and ratified the Central Asian Nuclear-Weapon-Free-Zone Treaty (CANWFZ).

Although concerns were raised over the treaty’s ambiguous language, which might allow Russia to deploy nuclear weapons in Central Asia under the premise of providing ‘military assistance’, all permanent members of the UN Security Council ultimately supported the treaty.

Thus, the willingness of Central Asian governments to combat nuclear proliferation provides an encouraging space for security cooperation between the West and Russia. Despite the achievement of CANWFZ, however, the region’s lack of physical security, pervasive drug trafficking trade and increased connectivity, facilitated by OBOR, make Central Asia vulnerable to nuclear trafficking.

Central Asia is geographically positioned to be a transit route between countries that possess weakly guarded fissile material, especially those in the former Soviet Union, and those that seek it, such as groups in Iraq, Afghanistan, Turkey, and Syria.

The region is already a transit route for a lucrative drug trade. The UNODC estimates that in 2010, drug traffickers in the region made a net profit of $1.4 billion from trafficking heroin out of Afghanistan, equal to roughly a third of Tajikistan’s GDP.

An estimated 200 kg of heroin and 50 kg of opium are trafficked daily across the Tajikistan–Afghanistan border. These staggering numbers reveal the cracks in Central Asia’s physical security.

Border security forces in the region often lack the funding, equipment, and training to effectively combat trafficking. Inadequate salaries also motivate many border guards to turn a blind eye to trafficking by accepting bribes or getting involved themselves. Some reports suggested that state officials are also involvement in the drug trade.

Thus, the success of Central Asia’s drug trade indicates that there are routes through which nuclear material can be smuggled and that the ability or willingness of some states to police them is minimal.

Nuclear trafficking in the former USSR was a key concern immediately following its collapse. Alarmist predictions of rampant nuclear trafficking throughout Russia, Central Asia and the Caucasus, were largely proved to be exaggerated, and these fears receded.

However, recent cases of nuclear smuggling along Central Asia’s periphery and security concerns over OBOR highlighted the need to renew security cooperation and non-proliferation efforts in the region.

Recent media reports identified Moldovan criminal groups that attempted to smuggle radioactive materials to Daesh (also known as the Islamic State of Iraq and Syria, or ISIS) in 2015.

Cesium 127 can be used in a ‘dirty bomb’, a speculative explosive device that would spread harmful radioactive material across a large area; Daesh is considered capable of producing dirty bombs.

It is likely that most of this nuclear material comes from Russia. In January 2016, three Georgians were caught attempting to sell Cesium 137 in containers that were labelled in Russian.

Additionally, the 2016 Nuclear Security Index, created by nuclear security experts and the Economist Intelligence Unit, ranked Russia as the worst among 24 countries that possess weapons-usable materials. The insecurity of Russia’s nuclear stockpiles heightens concerns of the material being trafficked out of Russia through Central Asia.

The elevated risk of nuclear smuggling in Central Asia is made apparent by recent cases of smuggling in the region’s periphery and the potential of OBOR’s connectivity inadvertently enhancing pre-established smuggling routes.

However, these increased risks also provide an opportunity for renewed cooperation between the West and Russia in nuclear non-proliferation. Non-proliferation is a relatively apolitical issue and thus there is room for productive multilateral cooperation.

Efforts at increased information sharing, transparency, and reporting of nuclear smuggling activity to the International Atomic Energy Agency (IAEA) should be emphasised by all parties.

As a first step, all Central Asian states should sign up to the IAEA’s Convention on Nuclear Safety, as currently only Kazakhstan is a Contracting Party. Additionally, reporting the seizure or loss of nuclear material to the IAEA’s Incident and Trafficking Database should also be encouraged and promoted.

Central Asia’s vulnerability to harbouring a potential nuclear–drug–terrorism nexus poses a potential threat to international security and requires a renewed multilateral commitment and approach to combating nuclear smuggling and proliferation.

Sophie Henderson was formerly a Research Analyst at RUSI within the National Security and Resilience team.