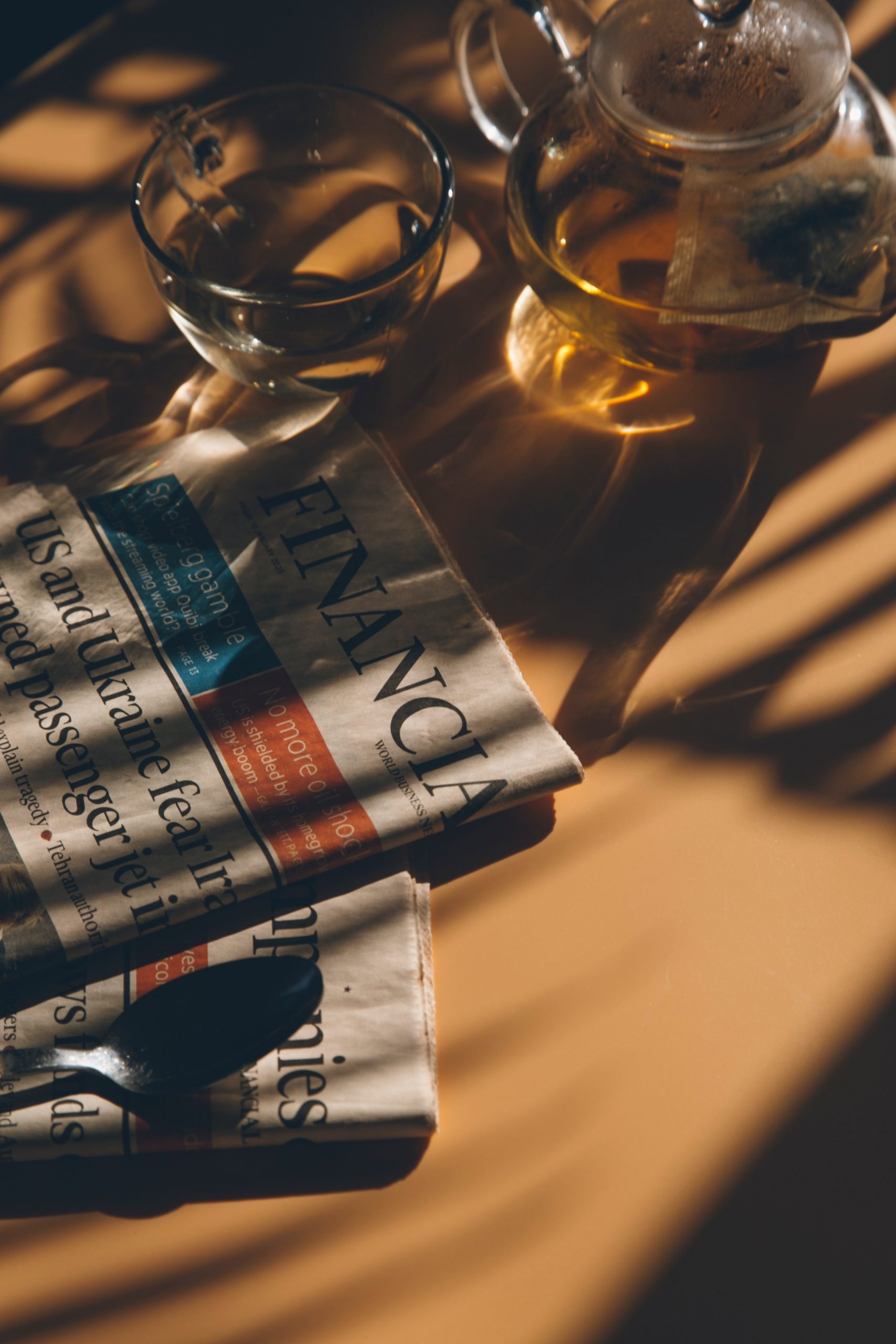 Exploring the Nexus Between Crime and Politics: Why Latin American Criminal Groups Engage in Political Discourse

In Latin America, several armed groups, after having created and functioned as criminal organisations, have publicly engaged in political discourse. For these organised crime groups (OCGs), participating in plausible political dialogue is not easy. It requires certain members of the organisation to be constantly assigned to this purpose (which reduces the number of people available for military operations) and the expenditure of resources on the publication and dissemination of group ideas: via websites, logos, video production, statutes etc. Channels must also be established to facilitate information distribution and ensure effective indoctrination of the organisation’s troops. Several armed groups in Latin America have perceived these costs as worthwhile, and have accordingly spent the necessary resources to build a political identity.

In literature on armed conflict in Latin America, the political discourses of armed groups are usually associated with two types of armed actors: guerrillas or paramilitary groups. This conventional portrayal presents several challenges. First, OCGs that have adopted political discourses rarely declare that their central purpose is to seize power and transform the political and institutional regime, so they can hardly be considered guerrilla groups.

Further, regional paramilitary groups frequently have strong relations with the state – and have often been created or at least tolerated by the state. Several armed groups with political discourses today proclaim themselves to be direct enemies of the state, and their actions are consistent with this fact: engaging in confrontations with government security forces and attacks against public officials. However, these same groups simultaneously express a disinterest and apathy towards national governance and struggle to be considered paramilitary groups as a result.

A third explanation has tended to contest that these groups are simply criminal, utilising political discourse as a strategic tool. This position assumes that criminality and exploitation are the central and sole purpose of all OCGs. Unfortunately, this thesis overlooks that armed groups expend considerable human and economic resources via political discourses, minimising their existence and dramatically simplifying their socioeconomic dynamics.

In our article published in the Global Crime journal, we have proposed a fourth explanation. We argue that these ‘politicised armed groups’ (PAGs), as we have dubbed them, are trying to win support from civilian populations to minimise the legitimacy of military actions against them.

These political discourses are essential because, if successful, they have the ability weaken the state in two key ways. First, dialogue of this kind presents an opportunity for armed groups to gain mass constituencies which can be used to sabotage the actions of national security forces and spread the interests of armed groups among other civilian sectors. When armed groups obtain strong support from civilian populations, it is more difficult for the state to dismantle their activities, which generates distrust towards public institutions: a powerful and long-term strategic victory for armed groups.

Secondly, if armed groups successfully present their existence as politically motivated, then the state’s legitimacy to take action against them is undermined. Citizens may see the presence of national security forces and state institutions as a form of illegitimate invasion of their spaces. In this way, armed groups are able to reposition themselves as victims of an illegitimate state, at least in the eyes of public opinion. The fight against armed groups is spearheaded by military decisions legitimised by societal support (raids on neighbourhoods, militarisation of community life, legal changes, etc.). Without legitimacy, these actions have little chance of survival.

As such, to ignore political discourse by considering that armed groups are mere criminals is also to ignore the consequences that these dialogues, if successful, can have in the fight against organised crime.

Firstly, we believe that this decision is motivated by the ways in which the state confronts armed groups. If a state is not exerting military pressure on an armed organisation, the OCG has little incentive to engage in political discourse. For an armed group to becoming politicised, its very existence needs to be threatened by state military action.

One case that exemplifies this is El Tren de Aragua, a Venezuelan mega-gang. The Venezuelan state has been accused of collaborating with criminal organisations to intimidate political opponents and keep prison violence levels low. Against this backdrop, El Tren de Aragua exercises control over several prisons in Venezuela and even makes food available for prisoners to buy when there are shortages. As a result, despite being made up of several former trade unionists, this armed group has never engaged in political discourse. Its links with the Venezuelan state are sufficient for its survival.

Secondly, the politicisation of an armed group implies a very specific knowledge of how to transmit political information, which tactics to employ successfully, and how to disseminate messages among civilian populations. This knowledge is a prerequisite for the politicisation of an OCG. In other words, armed group leaders who have been trained in politics or belonged to political organisations are more inclined to politicise the armed group than those who have had none of these experiences.

An example of this can be seen in Colombia, with the Gaitanista Self-Defence Forces of Colombia (AGC, by its acronym in Spanish). This armed group was created by a drug trafficker named Daniel Rendón (alias “Don Mario”). Although Don Mario had belonged to a paramilitary group, his functions were limited to drug trafficking and finances, leaving him with little knowhow on how to  build a political organisation. When Don Mario was captured, command of the AGC passed to several former guerrilla members. The armed group promptly created a logo, changed its name, and published political statutes. These changes can solely attributed to the qualities present in the group’s new leaders and emphasise the need for in-house political expertise at the leadership level.

Reading between the lines

The political discourses of armed groups are not just washers of criminal activity. The way in which an OCG communicates externally – through speeches and statements – is a clear signal of how these groups see themselves in the world. Perhaps more importantly, these outreach efforts are also part of their strategic operations. The appropriate response is thus, not to ignore these dialogues, but to read between the lines and analyse them for what they are. This process will catalyse the development of more effective civilian communication strategies to negate existing rhetoric. Political discourse is a novel manifestation of the same, age-old armed struggle. This new war of words must be addressed with the same vigour.

The core of this article is based on a wider paper titled “Politicised crime: causes for the discursive politicisation of organised crime in Latin America,” published in Global Crime. This publication is the result of a study of six armed groups in Colombia (AGC and Los Rastrojos), Brazil (Primeiro Comando da Capital), Mexico (Sinaloa Cartel), Peru (Militarised Communist Party of Peru) and Venezuela (El Tren de Aragua).

Reynell Badillo Sarmiento is a Research Fellow at the UNCaribe Think Tank (Universidad del Norte, Barranquilla-Colombia). He holds a BA in International Relations from the Universidad del Norte (Barranquilla, Colombia) and a MSc in International Studies from the Universidad de los Andes (Bogotá, Colombia). His academic research is focused on transnational organised crime in Latin America, Colombian armed conflict and drug trafficking. He is also a member of the network of experts of La Silla Vacía, a Colombian news website.

Víctor M. Mijares is an Assistant Professor of Political Science and Global Studies at the Universidad de los Andes, Colombia. He holds a Ph.D. from the Universität Hamburg. Víctor is an Associate to the German Institute for Global and Area Studies and the current Vice President of the Colombian Political Science Association. His research interests are Latin American and petrostates’ foreign policy and security affairs, focusing on Venezuela.