Home   Blog   Extortion as a Method of Terrorism Financing 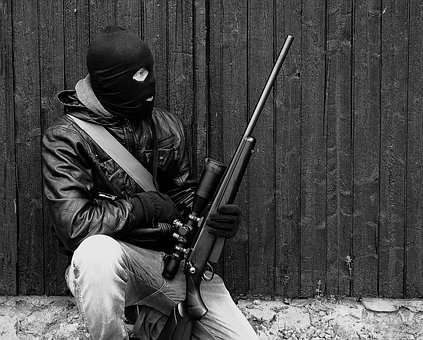 Extortion as a Method of Terrorism Financing

Extortion is conventionally understood as an attempt or act of obtaining money, property, or services from an individual or organization through some form of coercion. Extortion is one of the most common offenses associated with organized crime. In fact, the historical expansion of traditional criminal organizations has been closely intertwined with their ability to collect extortion rents. Italian mafia families are widely known for their ability to collect pizzo (protection money) – forcefully or not – from businesses. The practice allegedly emerged in Sicily in the 19th century and, since then, has been common in Southern Italy as it was embraced not only by Sicily’s Cosa Nostra, but also by Calabria’s ‘Ndrangheta and Campania’s Calabria.

The extortion tactic used by terrorist organizations to obtain money through threats or actual violence against corporate premises, personnel, and other assets has been present in several parts of the world. For example, in 2008 it was revealed that the banana giant, Chiquita Brands International Inc., paid extortion rents (through its Colombian subsidiary Banadex) to the right-wing terrorist organization, the United Self-Defense Forces of Colombia (AUC), in order to protect its business interests and ensure the safety of its employees. In 2007, the corporation pleaded guilty in the US to doing business with a terrorist organization for paying protection money to Colombian paramilitaries between 2001 and 2004. Chiquita agreed to pay a fine of USD 25 million. According to the plea agreement, Chiquita paid more than USD 1.7 million starting in 1997 to the AUC to avoid attacks on employees and facilities.

Extortion of diasporic communities has also been frequently discussed as a source of terrorism financing. It is known that terrorist groups have raised funds by “taxing” diasporic communities on their earnings and savings. Back in 2006, Human Rights Watch reported that the Liberation Tigers of Tamil Eelam (LTTE) sought pledges of regular monthly contributions from Tamil families in the UK, Canada and other countries. According to the same source, in London in the late 1990s approximately 1,000 Tamilars were paying payroll rents to support the London LTTE office. Nur Bilge Criss also notes that representatives of the Kurdistan Workers’ Party (PLL) used to collect regular extortion payments abroad, especially from Kurdish and Turkish workers in Germany.

Al-Shabaab funded at least a portion of its operations through a broad-based taxation system of local communities and criminal groups. They stole thousands of heads of livestock in 2016, claiming these acts as zakah collection. It became known that al-Shabaab managed to strike a deal with Somali pirates around the early 2010s. According to the arrangement, al-Shabaab would provide protection to the pirates in exchange for a cut in their revenues from ransomed vessels.

There is perhaps no other terrorist organization that has managed – at least temporarily – to build an extortion racket system as sophisiticated as that created by ISIL. They used to control about 41,000 square miles in Iraq and Syria – a territory larger than Ireland or South Korea – and ruled over about 8 million people between 2014 and 2016. It recruited more than 40,000 foreign fighters from over 100 countries. Due to their use of coercion and ideological manipulation, ISIL was capable of reshaping the victim–offender relationship in a way that transformed victims of extortion into passive terrorist support structures. This feature empowered this racketeering terrorist group not only financially, but it also allowed them to gain quasi-political power.

The UN estimated that ISIL collected as much as USD 30 million per month in forceful zakah collection – a form of almsgiving in Islam – and illicit taxation of businesses. According to the UN estimate, the annual income of ISIL from extortion in 2015 alone was around USD 360 million, which is close to the revenues the terrorist organization used to make with illicit oil sales. In a 2015 report, instead of comparing ISIL to a “state” – which has become quite common in mainstream media and even academic accounts – FATF drew parallels between ISIL and organized crime:

ISIL manages a sophisticated extortion racket by robbing, looting, and demanding a portion of the economic resources in areas where it operates, which is similar to how some organized crime groups generate funds. This vast range of extortion, including everything from fuel and vehicle taxes to school fees for children, is done under the auspices of providing notional services or “protection.”  The effectiveness of ISIL’s extortion relies on the threat or use of force within its operational territory.

In September 2014, at the Security Council High-Level Summit on Foreign Terrorist Fighters, the General Secretary of the UN, Ban Ki-moon, elaborated on grave implications for international peace and security over ISIL, noting that the organization had “nothing to do with Islam”, and certainly did “not represent a state”, suggesting the international community call them “more fittingly … Un-Islamic Non-State.”

The EU has acknowledged that racketeering and extortion, among other criminal offenses, have become “lucrative ways for terrorist groups to obtain funding”

In the context of ISIL’s territorial collage (more than 98% territory lost) and the EU’s experience of returning foreign fighters, the increasing links between extortion racketeering and terrorist groups are likely to constitute a growing security threat to the EU and should therefore be taken into serious consideration by relevant authorities.

Dr Yuliya Zabyelina is Assistant Professor of International Relations at the John Jay College of Criminal Justice, City University of New York (CUNY), with research interests in the study of crime at the international level and the existing mechanisms for its prevention and control. Read more