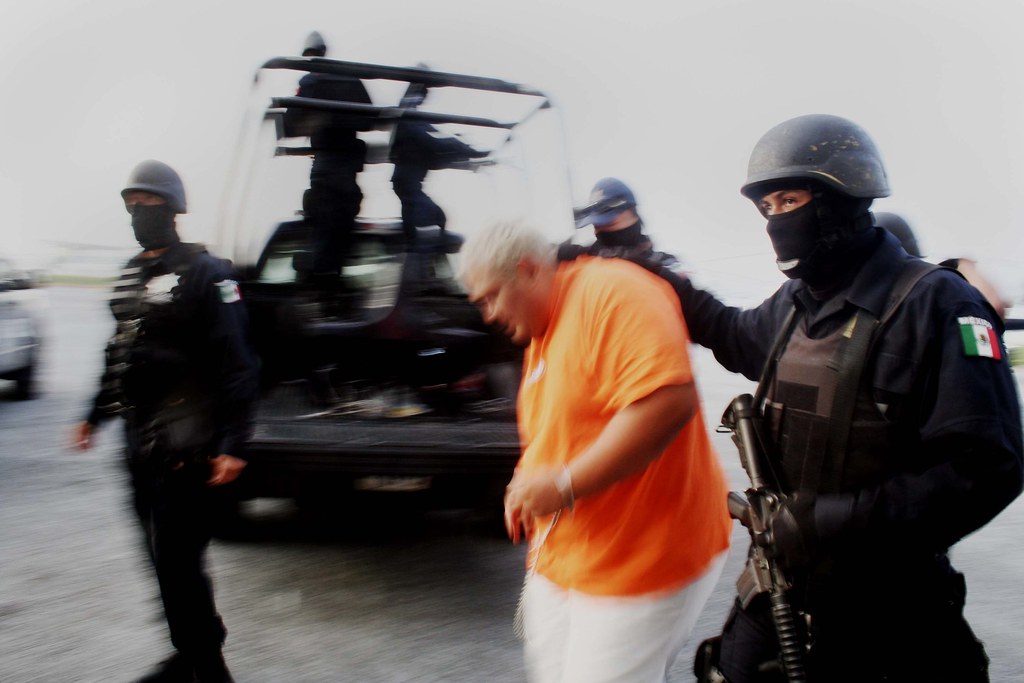 Flawed Measurements of Organised Crime Activities: The Case of Extortion in Mexico

Extortion against businesses is one of the main security challenges facing the Mexican government today. Statistics from crimes reported to the police show that extortion has increased dramatically since the country was plunged into a decade-long ‘war’ against organised crime, rising by about 81% in the past 10 years.

However, given the risk of reprisals entailed by reporting extortion incidents to the authorities, estimates from reported crimes rarely provide reliable measurements of extortion incidence.

To mitigate this shortcoming, Mexico’s national statistics agency (INEGI) conducts regular victimisation surveys that measure extortion, among other crimes. Estimates from surveys conducted with households (ENVIPE) and businesses (ENVE), suggest that extortion is, indeed, a widespread problem: it is the second most common crime against households, and the third most common crime against businesses. In the year of the latest available figures (2016 for the household survey, and 2015 for the commercial survey), there were an estimated 7.5 million incidents of extortion against households (89 extortions per 1,000 people), and 650,000 incidents of extortion against businesses (146 extortions per 1,000 businesses).

Extortion has important economic, political and social implications. First, widespread extortion in the countryside has been linked to dramatic increases in the prices of food staples, while extortion in general is often portrayed as a generalised burden on the economy by imposing an informal tax on many businesses.

Second, the rise of the fuerzas de autodefensa (self-defence forces) during the first year of President Peña Nieto’s term shows how grave the political implications of extortion can be. Faced with rampant extortion and violence inflicted by organised crime, civilian groups in many rural areas of the country set up armed paramilitary brigades to fight organised crime and expel what they saw as ineffectual and corrupt local governments—though some autodefensas eventually turned into extortive criminal groups themselves.

In August 2011, a casino in Monterrey was set ablaze for refusing to acquiesce to extortion demands

Lastly, extortion has been linked to some of the deadliest incidents of violence against Mexican society. In August 2011, a casino in Monterrey—a city in northern Mexico—was set ablaze for refusing to acquiesce to extortion demands. The incident, which killed 52 patrons of the establishment, left the country reeling, prompting then-President Calderón to declare three days of national mourning.

Such dramatic episodes, in conjunction with the dispiriting estimates of extortion incidence produced by INEGI, have fuelled the belief that extortion is inescapable. Based on academic work on extortion rackets, such as Diego Gambetta’s 1993 study and Letizia Paoli’s 2002 study on the Italian mafia, scholars have suggested that Mexico’s transition to democracy and endemic corruption generated power vacuums that have been exploited by the country’s criminal groups—commonly known as ‘cartels’—prompting them to shift their business models from trafficking drugs from Mexico to the US, into Mafia-style extortion rackets.

This interpretation feeds into a narrative that paints Mexico as a failed state, where organised crime violence has purportedly escalated beyond what is seen in war-torn countries. Such an approach leaves few policy options to deal with extortion specifically, suggesting instead policies to root out organised crime by slowly reclaiming the state’s control of social and physical spheres ceded to the cartels by direct confrontation, prosecution and by building effective institutions.

The Two Flavours of Extortion

A distinction often missed when discussing the nature and implications of the extortion phenomenon in Mexico is that it encompasses two distinct crime types.

On the one hand, there is ‘telephone extortion’, which refers to attempts to extract money (or other benefits) from victims through threats made remotely via telephone calls. In general, victims are cold-called by assailants who either offer a non-existent reward (a form of advanced-fee scam), claim to have kidnapped a family member (‘virtual kidnapping’), or claim to be a member of an organised crime group and threaten to carry out severe punishments if victims do not comply with stated demands. It is believed that most victims are selected randomly, though some are targeted using information gleaned from data breaches, social media, or from other unrelated telemarketing calls.

On the other hand, ‘in-person extortion’ refers to attempts to extract money (or other benefits) by directly threatening the victim in person. In these incidents, assailants threaten a business or household with damage, assault, death or other harms if they refuse to pay a fee, and may also involve offers to protect the victim from other criminal groups. When such in-person extortion attempts happen regularly, the crime is called cobro de piso, which is roughly translated as a ‘fee for the floor’ where businesses operate, although this distinction is not consistently used.

It is widely acknowledged that many telephone extortions originate from prisons, and that most victims face little danger if they ignore the threats

Whereas in-person extortion fits with the modus operandi of extortion racketeering traditionally associated with the mafia and other organised crime groups, telephone extortion is better described as a type of scam, more akin to email spam than to extortion racketeering. Furthermore, it is widely acknowledged that many telephone extortions originate from prisons, and that most victims face little danger if they ignore the threats. Preliminary findings from my ongoing research support this notion, as the crimes vary dramatically in terms of the harms and risks posed to victims. When compared to telephone extortion incidents, in-person extortions are 8.5 times more likely to lead to victim acquiescence with extortionists’ demands, and 5.4 times more likely to involve reprisals for refusing to acquiesce.

These distinctions strongly suggest that the crimes ought to be considered as separate offence classes. Despite this, figures from reported crime statistics and victimisation survey estimates routinely report measurements that aggregate both telephone and in-person extortions, misrepresenting the true nature and extent of the phenomena. Specifically, lumping both crime types severely overestimates the gravity of the extortion phenomenon, as telephone extortion is far more common than in-person extortion (telephone extortions comprise around 94% of all extortion incidents against households, and 88% of extortions against businesses). Thus, the widespread prevalence and incidence of extortion does not accurately reflect the specific harms and risks of extortion, by making the situation appear far worse than it actually is.

Furthermore, the comparatively smaller prevalence and incidence of in-person extortions suggest that the far graver problem of extortion racketeering is not as widespread in Mexico and may instead be limited to a small number of places, even after accounting for measurement errors. Nonetheless, further research that looks at the phenomenon at the local scale is needed to determine its nature and extent.

Of course, this does not mean that Mexico does not have an organised crime problem, nor that democratic governance need not improve. However, it does highlight how a flawed measurement of organised criminal activity can feed misleading narratives. One of the most crucial aspects of public policy formulation is defining the problem under scrutiny, something especially relevant when dealing with organised crime—a phenomenon that resists easy definitions. Thus, before any plausible policy interventions to counter extortion in Mexico can be devised, it is necessary to revise how the phenomenon itself is defined and measured.

Patricio R Estévez-Soto is a PhD candidate in Security and Crime Science, University College London (UCL). He holds a BA in Communication Science, an MRes in Security Science, and a Master’s in Public Policy. Before joining UCL, Patricio worked in Mexico’s Ministry of the Interior, where he was part of a government-led effort to promote scientific research on security. Later, he became a policy advisor to the Ministry’s Head of Strategic Planning. His PhD research is focused on the patterns of extortion victimization against Mexican businesses, with the aim of generating insights that could be useful to device crime preventive strategies.