Home   Blog   From Calabria to the Roof of the World: The Maxi Trial and the Village 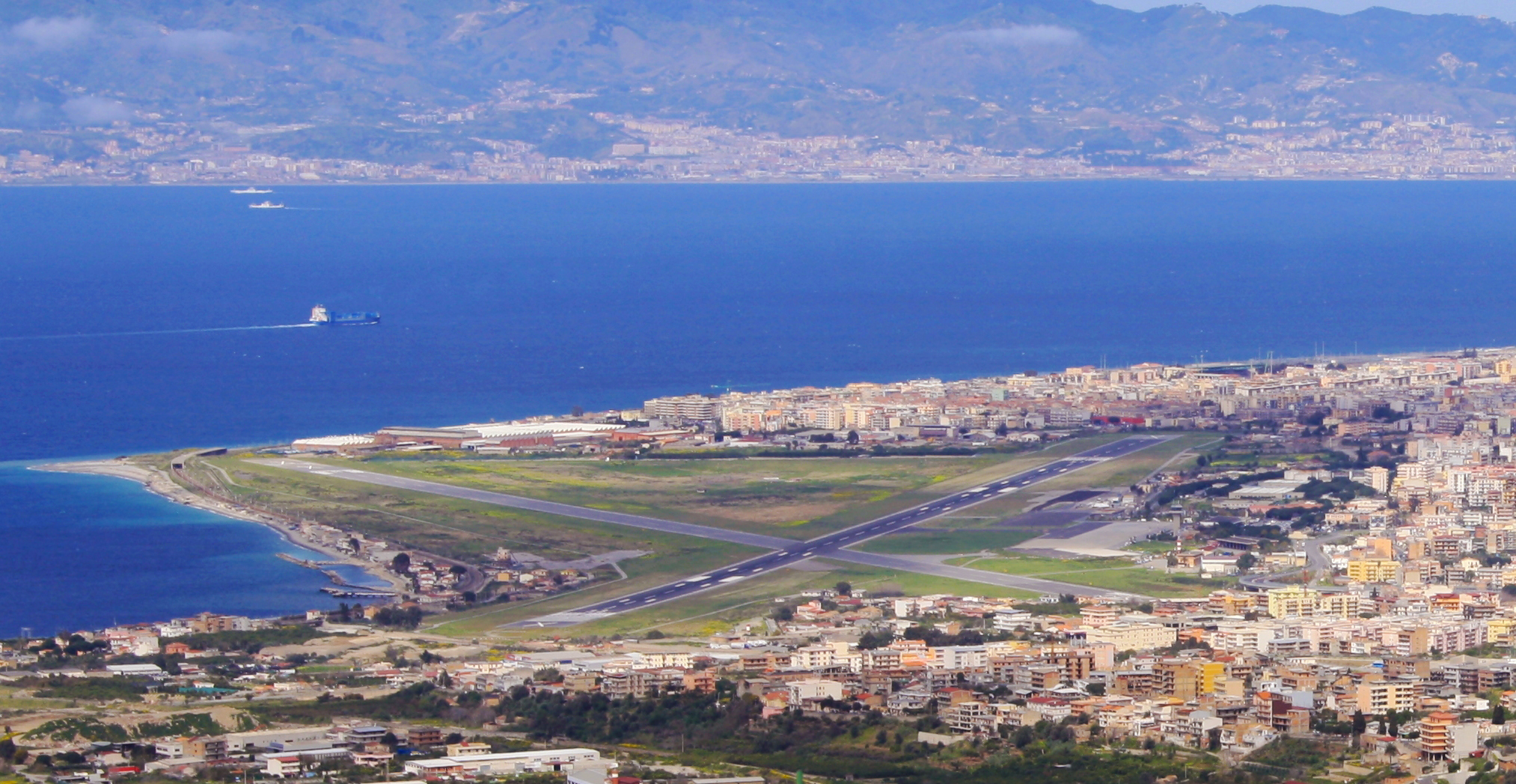 From Calabria to the Roof of the World: The Maxi Trial and the Village

It must have been July 27th, 2012 or at the latest 2013, in Limbadi, a small town in the Vibonese province in Calabria, that on this day every year celebrates the patron Saint. When the Saint exits the church, I am sure that many – including myself – are wondering if the presence of Luigi Mancuso at the parade makes any difference. Luigi Mancuso, released from prison in July 2012, is considered the “boss” of the powerful ‘ndrina clan (Calabrian ‘ndrangheta clan) based in Limbadi, with offshoots in nearby villages.

He will be under special surveillance until his arrest in December 2019, following the Rinascita-Scott operation of the district antimafia prosecutor’s office in Catanzaro. From 2012 to 2019 his presence in Limbadi, as well as his proximity to the statue of the Saint that summer, certainly split the village. There is perhaps a complex mechanism of denial at play or, as criminologists would say, a widespread use of neutralisation techniques. Is it really up to the village to judge or even dismiss certain people, especially when they have paid – at least formally – their debt to the justice system? What is the dividing line between support and proximity to the mafia?

To investigate this, we must take a detour.

The maxi trial for the Rinascita-Scott operation, led by Catanzaro’s Chief prosecutor Mr Nicola Gratteri, commenced in January 2021, with 355 defendants in a built-for-purpose bunker court room in Calabria. The trial boasts an impressive number of witnesses for the prosecution (58) – including Luigi’s nephew Emanuele Mancuso – and a remarkable group of white collars among the defendants: former parliamentarians, mayors and lawyers. The latter have allegedly helped “advance” the mafia’s power in the territory. The trial for Rinascita Scott, says the Chief Prosecutor, hopes to send a clear message to the institutions that the state is fighting (the ‘ndrangheta) and that people can trust the magistrates and believe in the rebirth of the region. Rinascita means, in fact, ‘Rebirth’.

The Rinascita-Scott operation entailed various investigations in the Vibonese province, including the Dynasty operation of 2003 which recognised the existence of the Mancuso clan as a ‘ndrangheta. Rinascita-Scott revolves around Luigi Mancuso, known by various names: U Signurinu (The Little Lord), U Ziu (The Uncle), U Supremu (The Supreme) and to some in the village, U Santu (The Saint). He is considered the undisputed boss of the Limbadi clan, at the head of an economic empire which flourishes through the trafficking of cocaine. He is also the leader of a federation of clans in the Vibonese province, which, allegedly, follows the rules and directives of the ‘ndrangheta from the Reggio area – the most historically rooted ‘ndrangheta. According to the prosecution and previous trials, Luigi Mancuso has had a very successful mafia career.

In addition to the Rinascita-Scott hearing, Luigi’s name is prevalent in another trial (‘Ndrangheta Stragista’), which in July 2020 saw the Reggio Calabria Assize Court convict Rocco Santo Filippone, from the ‘ndrangheta in Reggio Calabria and Giuseppe Graviano, Sicilian boss from Palermo. Both were convicted for cooperating in terrorist-type mafia murders in the early 1990s. The sentence was made public in mid-January 2021. Luigi Mancuso was less than forty years old at the time of the alleged activity, but nonetheless was named as one of the ‘ndrangheta supporters of the terrorist strategy wanted by the Sicilian mafia. He could have offered considerable support, as “guardian” of his territory, for the planning of terrorist-mafia acts.

During a separate trial at the court of appeal in Reggio Calabria (‘Gotha’), a contributor named Cosimo Virgiglio has implicated Giancarlo Pittelli – a key defendant (criminal lawyer, former parliamentarian and regional coordinator of Forza Italia) in Rinascita – as being close to secret/deviant masonic lodges in the cities of Catanzaro and Reggio, and as a supporter of Luigi Mancuso.

Similarly, Giovanni Giamborino, another key figure of Rinascita-Scott, is accused of being a ‘ndrangheta affiliate, and of having a particular bond with Luigi Mancuso. He allegedly connected him with more deviant masons and other powerful figures in the region, to facilitate exchanges of favours and obtain benefits for his construction business. Giamborino has no doubts about the seniority of Luigi Mancuso in the area. In fact, in an intercepted conversation in Rinascita-Scott he declared: “Luigi does not need to hear who is in Nicotera in Reggio or this place or the other, he is on the roof of the world, do you understand? Roof of the world, there is nobody else … he is always the highest, understand?”

In Rinascita-Scott, among the (alleged) supporters of the Mancuso clan are entrepreneurs, deviant Freemasons and politicians. Some of these high-level individuals are accused of having facilitated, in different ways and at different levels, the mafia association. Allegedly, a few of these people have allowed members of the clan to infiltrate political and financial power structures.

In the same week of January 2021, three trials – Rinascita-Scott, ‘Ndrangheta ‘Stragista’ in the first degree and ‘Gotha’ on appeal – are painting a vivid picture of the ‘ndrangheta’s liaisons with higher powers. These trials are portraying the ‘ndrangheta as a system, which in its most dangerous and authoritative manifestations, demonstrates not only a unity of action, but also mechanisms of self-protection. Politicians and professional elites protect mafias’ higher-ranking members. In this ‘ndrangheta, some of the Rinascita-Scott defendants, and Luigi Mancuso among them, reach very high levels of influence and authority.

But now, let us turn back to Limbadi.

In a separate interception operation of Rinascita-Scott, a suspect is having dinner with partners from another province. One of the guests remarks that he has only just learned that Limbadi was known as the “city of mafiosi”. The suspect responds in surprise: “There is even the ‘mother’ there!”, referring to the Mancuso clan as the ‘mother’ says the prosecutors.

Limbadi is not “the city of mafiosi”, but the village certainly suffers this reputation due to the mafia clan that resides there. Limbadi is frequently mentioned in Rinascita-Scott, not so much because of the defendants – who are scattered throughout the province – but due to the numerous local meeting places and embedded social relations in the area. In Limbadi, the “mafia” is the one that finds work opportunities for its “friends” and for the “less fortunate”; it is the “uncle who is doing the favour”; it is “in the family”, of those who are brother-in-law, cousin, mother-in-law, daughter-in-law of …; it is in some of the few commercial and industrial realities in the village.

The Municipality of Limbadi was declared unfit for purpose and dissolved because of mafia infiltration by the President of the Republic, in a decree  dated April 27, 2018. The report detailed “ties of members of the municipal council with subjects belonging to the local ‘ndrangheta context”, and the “non-compliance with recent regulations on transparency and anti-corruption”. From reading the reports on the dissolution, it is clear that much is attributed not to the action but to the omission of the council in preventing economic and social intermingling with the clans.

The dissolution of the Municipality does not seem to matter much to Luigi Mancuso, who appears disinterested and unperturbed by the alleged infiltration. During an interception (as part of Rinascita-Scott) on 27 April 2018, Luigi Mancuso and Giancarlo Pittelli discussed the dissolution in Limbadi. Pittelli speculated as to the cause of the dissolution; to which Luigi Mancuso responds: “They did well. The only time that they did well … He who lives by the sword, dies by the sword!”. Pittelli then asks who the mayor was; Mancuso replies: “a communist!” and Pittelli joins the tone of derision by commenting “Hell, yes!”

The “communist” mayor has lived all his life in Limbadi, there he has personal, familial and professional relationships which make him a well-liked mayor. He does not seem to be a “friend” of the clan, far from it. This alone should prompt reflection on the complexity of the local reality and on the ways in which policies can be ineffective and inappropriate when they are based on formal criteria rather than contextualised knowledge. Indeed, the village’s response to both the dissolution and to the Rinascita-Scott arrests and trial, is not univocal. At times citizens have questioned the state for its excessive interference in daily lives and poor administration of antimafia policies. Other times, even when part of the population is accepting the state’s actions, very few are thankful for it. It is an acquiescence to the status quo that borders on fatalism: nothing will ever change here. Why? Because after the action of the state, very little remains, just wasteland.

There are often inconsistencies in what the state does to protect its territory and at times some of the adopted measures are felt as punishment by the people. The ‘rebirth’ hoped for in Rinascita-Scott should follow protection and support, in addition to sanction and repression. For example, we should ask ourselves why is it so complex to eliminate or prevent proximity with mafia environments? Why it is so difficult to avoid mafia contiguity, between parental, human and social relationships? A successful state’s action must consider carefully the degree of victimisation of the whole territory. How difficult is it for the population to be something else, without actual opportunities of growth and social rebirth.

Society is a reflection of self. The state has many faces and, at times, even when it would like to be protective, ends up taking on a repressive and punitive face. The mafia – especially at lower levels, in the squares of the village – has one face, often unchangeable. Even in the parade of the Saint, whether we like it or not.

Anna Sergi holds a PhD in Sociology from the University of Essex where she currently lectures in Criminology. She holds an LLM in Criminal Law, Criminology and Criminal Justice from King’s College London and a Master Law Degree, with a specialism in Comparative Criminal Procedure from the University of Bologna, Italy. Her research specialism is in organised crime studies, mafia studies and comparative criminal justice systems.

A longer version of this article, in Italian, is published on La Via Libera website – https://lavialibera.libera.it/it-schede-473-luigi_mancuso_rinascita_scott_limbadi 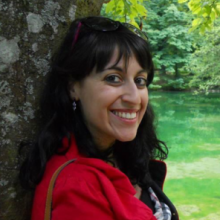