Home   Blog   Gangs and the Unattached Youth in Jamaica 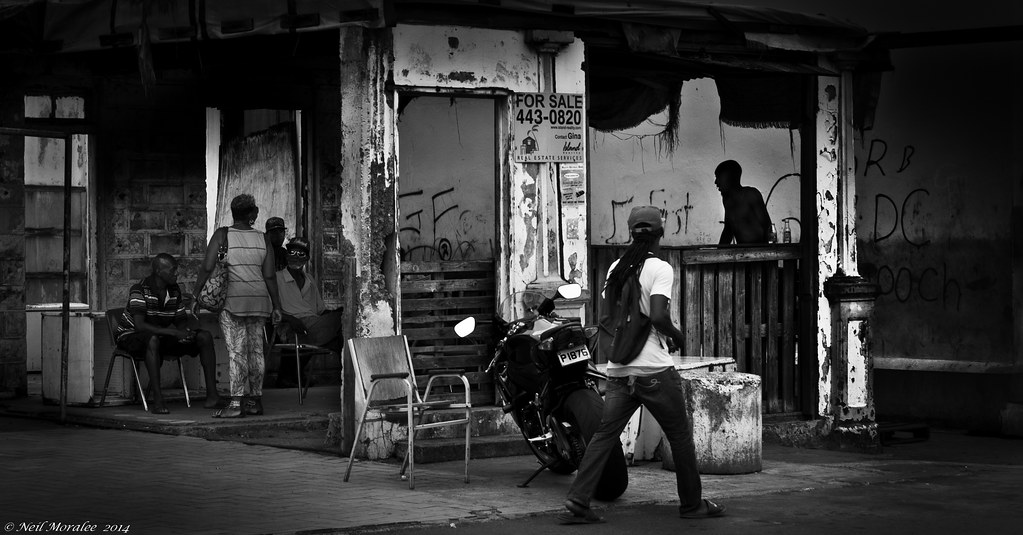 Gangs and the Unattached Youth in Jamaica

Jamaica’s criminal trajectory has long stimulated the curiosity of criminologists and policy makers, and now, we are beginning to see how pervasive the crime-politics nexus is and the ways in which it gave rise to criminal gangs in the country. In Kingston, the construction of a public housing complex and the creation of homogeneous constituencies fully dependent on political leaders, birthed political tribalism and the accompanying formation of garrison communities.

Gang leaders who controlled these garrison communities developed ‘special’ relationships with the political leadership (Members of Parliament) of the respective garrison constituencies. The primary condition underlying the continuation of these relationships was the deliverance of votes during elections; in return for their loyalty, gang leaders would be provided with arms and a degree of political protection from the reach of law enforcement agencies.

Over the years, the lines between criminality and governance have been blurred; the relationship between politics and crime has matured beyond the use of gang members to the intimidation of citizens for votes. Today, this relationship is a partnership steeped in corruption, extortion, arms and drugs trafficking and enterprise crimes. Gangs were able to expand their networks and stabilise themselves on a global front. Further, the direct and indirect contribution to gang violence by the hands of the Jamaican Government is slowly being brought to light. The indirect influence materialises through irresolute public policies and persistent social problems that impel violent crimes due to high levels of inequality, lack of access to education, high levels of youth unemployment and social exclusion of the inner-city communities. While the direct influence is that of the blatant and corrupt partnership between the government and criminal networks through the consolidation of organised crime in Jamaica.

To fully grasp the connection between unattached youths and gangs, one must first understand the categorisation of gangs in the Jamaican context. Minister of National Security, Dr. Horace Chang, indicated during his presentation on the report of the Joint Select Committee on the Anti-Gang Legislation, that Jamaica has around 389 gangs operating in the country. Of this figure, 323 (83%) were considered first generation gangs, while 66 (17%) were considered second generation gangs. The National Intelligence Bureau (NIB) of the Jamaica Constabulary Force (JCF), indicated in their 2019 assessment of Jamaica’s gang situation that there were no third generation gangs operating in country.

Gangs fall on a spectrum ranging from the loosely organised to highly organised. Organised gangs or third-generation gangs usually have a strong and identifiable leader, as well as a formal hierarchical system with structurally assigned roles necessitating the deployment of actors to operate in specific territories. These (organised) gangs are typically characterised by high levels of violence and, commonly, access to wealth and power. Their activities involve gun and drug trade, robberies, assassinations, extortion and rape. Their criminal acts extend beyond the country of location (e.g., Shower Posse Gang), and they operate within both formal and informal economies, demonstrating unwavering access to corrupt avenues for local and transnational illicit trade.

Moderately organised or second-generation gangs may serve as pawns or foot soldiers for the third-generation gangs. Here, the level of violence extends beyond turf wars as actors are employed to carry out contract killings and enforce extortion orders, and usually possess consistent access to weapons to execute their criminal activities.

Lastly, loosely organised gangs or first-generation gangs have little to no identifiable or consistent leadership and evidence low levels of cohesive activity. These gangs frequently engage in recreational activities such as the smoking of marijuana, parties, sports, and more ominous “community level” defence involving illegal guns and petty theft. They are usually comprised of delinquent and unattached youth engaged in armed conflict and turf wars with similar groups from rival communities. These gang members may work independent of the group to commit crimes since they lack a defined structure and any delineation of specialised roles.

Children (mostly boys) living in inner-city communities with consistent exposure to violence are less likely to have strong familial bonds and tend to have little to no interest in pursuing legitimate routes to attain conventional societal goals. Instead, these children often aspire to achieve the wealth and status obtained by Dons and gangs in their communities. This level of ideation and hankering for a life of criminality is not abnormal for adolescents, particularly male adolescents, since children at-risk of gang recruitment usually seek some form of belonging. The gang gives them a sense of identity, purpose and security, and tends to recruit boys as early as eleven, to carry out ‘small’ tasks like delivering guns or transporting small portions of drugs.

At-risk youths who hail from vulnerable and volatile communities are considered susceptible to gang recruitment and first-generation gang activities. Once incorporated, they are given menial tasks, will gradually gain the trust of the more seasoned gang members and eventually elevate to that of a second-generation gang member. Girls who hail from these environments are often subject to child neglect, sexual abuse (likely from a close family member or someone in the community) and are prone to running away, leaving them vulnerable to further victimisation. These girls often fall pregnant at a very young age, requiring them to drop out of school and grow increasingly dependent on their male counterparts. Girls residing in these communities are also utilised by gangs as messengers.

Unattached youths who reside in volatile and vulnerable communities are socially excluded from the formal society, experiencing disproportionately high levels of unemployment; poor health and nutrition; sub-standard living conditions; large family sizes and enrolment in schools that fail to address their academic, social, psychological and emotional needs. The discourse regarding youths and first-generation gangs in Jamaica should take into account the relationship between education and crime. A reduction in the crime rate can be made possible by raising the educational level of potential criminals and unattached youth. A study conducted in 2012 by the Research, Planning and Legal Services Branch of the Jamaica Constabulary Force revealed, the majority of the inmates attended a non-traditional (under resourced) school and would have either dropped out of school prior to sitting final exit examinations or sat said examinations and failed due to poor performance.

The concept of “access to education” should not merely signify ‘enrolment’ in schools, this is not enough to reduce criminality and youths’ vulnerability to gang membership. Instead, we should promote access to social success through proper education. Children who have access to proper education and understand that social advancement is achievable, are less likely to engage in violent crimes or join criminal gangs. On the other hand, marginalised adolescents who do not value education and cannot fathom attaining legitimate success, will seek out alternative and illegitimate means to achieve their own version of ‘success’. This can be monetary success, power or respect from their counterparts and rival groups, all of which they believe they can access (in the long run) by joining gangs.

Jamaica’s crime predicament is one of national and regional concern, there is no singular strategy to combat it. Our policy makers must focus more on addressing the factors that influence youth in joining gangs and come to the realization that policies geared towards preventing criminality are equally crucial to those that focus on crime suppression and the apprehension of gang members. To curtail the future occurrence of crime, it is paramount to address the systemic socio-economic issues and apply a corrective method that will produce opportunities for youth who are at-risk of offending. The upshot is the impact of social exclusion, youth indigence, and lack of educational attainment on the criminalisation of youth in Jamaica.

Shenaé Jonas is a graduate of the University of the West Indies, she holds a Bachelor’s degree in International Relations and Criminology.  Her work in Jamaica is focused specifically on youth violence ,organized crime and offender rehabilitation. She has contributed to meaningful research in the Correctional Facilities and the composition of special reports regarding human trafficking and Gangs in Jamaica. Her overarching goal is to amplify and contribute to criminal justice policy, centering the need for crime prevention and highlighting the existence of the victim/offender binary and proneness to violence in an intergenerational context in Jamaica.