Home   Blog   How Do We Think about Organised Crime? 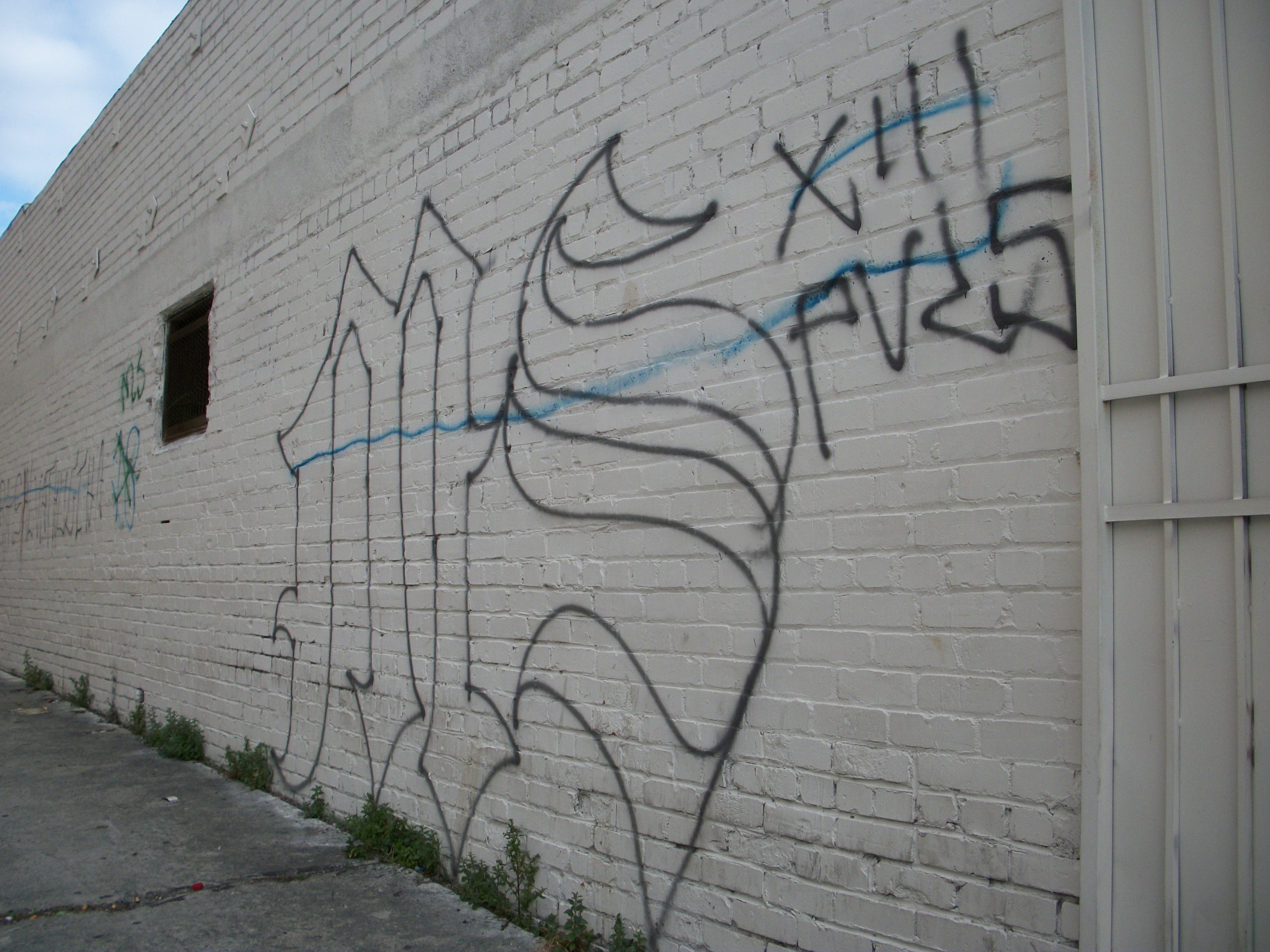 How Do We Think about Organised Crime?

This is the first of two Informer blogs by Dwight Smith examining how we think about organised crime. The second part will be published on Thursday 2 August.

In October 1965, I was designated rapporteur for the Oyster Bay Conferences on Organized Crime, a series (from 1965 to 1967) of non-public meetings sponsored by the Office of New York State Governor Nelson Rockefeller. They overlapped with the federal Task Force on Organized Crime, formed in 1966 as part of President Lyndon Johnson’s Commission on Law Enforcement and Administration of Justice. Several of the staff and consultants from that Task Force were invited to later Oyster Bay meetings, notably Robert Blakey, Donald Cressey and Charles Rogovin (who later authored the 1967 Task Force report that became the foundation for government action against organised crime). You might say, then, that I was “present at the creation” of sustained American (and, subsequently international) action and research in a then-relatively new field.

The casual observer might conclude that I must therefore be in the twilight of my career. I prefer to think of today as a high point that provides a perspective from which I can reflect on what has been going on for the last half-century under the rubric of “organised crime and its control”.

Some good work has been done in a tactical sense, both in research and in control efforts; yet I wonder whether the bulk of it has been properly oriented strategically. Klaus Von Lampe identified the problem in 2016 as a diversity of views on organised crime:

“This diversity has led to a great deal of talking at cross-purposes. Usually, the more one hears and reads about a subject, the clearer things become. In the case of organized crime the opposite may be true.”

That diversity has been the subject and source of considerable debate, and as I reflect on it I wonder whether one problem is that we have ignored a prior question. Rather than starting with “What is organised crime?”, we should start with: “How do we think about organised crime?”

There are two ways to look at “How” rather than “What”: a practical approach and a theoretical approach. In what follows I want to look at both approaches and then consider how they come together, if at all, and what the consequences may be for looking at what we call ‘Organised Crime”.

First, the practical approach. We tend to think about organised crime using a process popularly known as “connect the dots”. We “see” a comprehensive data landscape of dots representing facts or pieces of evidence; we identify the dots that generate a “correct” (to the observer) image of reality and ignore, dismiss or reject the dots that don’t fit.

But different observers may select different dots to depict their views of the same reality. Take two examples. The dots selected by one observer support a narrative that explains why things happened to produce results described or predicted by a conspiracy theory. Another observer selects a different set to generate a narrative that reflects an entrepreneurial theory, focusing on how businesses work, not on conspiracies. Though the sets overlap, they differ in significant ways that lead to different conclusions. This is, I believe, a major factor in the circumstance to which Von Lampe referred.

By itself, the process doesn’t tell us which is better, only that each observer has chosen some dots while ignoring others that might contest his or her theory or even lead to a more compelling alternative. That an observer may select among alternate or competing dots highlights an important attribute of the data landscape: its relation to reality. The serious researcher sees a landscape of verifiable data; others (second-rate tabloid journalists are an example) may create their own dots, or infer characteristics to a dot that are not verifiable, in order to support a pre-ordained conclusion. The prospect that observers can choose their dots then leads to a different question: Why do we pick some data points and ignore others? Something deeper governs each viewer’s selection.

Since the mid-1950s, led by early proponent Jerome Bruner in his A Study of Thinking, cognitive psychology has provided a base for examining how people acquire, perceive, process and store information. We see something; we construct an image of it in our minds; we give the image a name. More recent research on brain functioning has shown that in the process of seeing an object the visual cortex identifies and names it by comparing it against previous images stored in the brain. If I watch traffic, for example, my brain distinguishes between a car and a truck by comparing what I look at with previous images of cars and trucks. If I see something new, my brain either matches it with the best possible prior image or creates a new category.

The name we give to something we see, visually or conceptually, reflects prior assumptions

The significance of this: the name we give to something we see, visually or conceptually, reflects prior assumptions. If we want to understand the diversity to which Von Lampe refers, we must dig out the prior assumptions that undergird each person’s mental processes.

Some such assumptions are well known by their consequences. The assumption of male superiority, for example, leads to misogyny; the assumption of racial superiority leads to racism. But they in turn reflect one even deeper assumption that is a matter of choice. Do we see, understand, and conceptualise by expecting to focus on differences or on similarities?

In a sense, these options are not mutually exclusive. We see in the study of organised crime that, eventually, the search starting from difference leads to similarities, as when two entities share the same underlying difference from the inquirer’s perspective. Or, when we start looking at similarities we come, sooner or later, to points of difference. The critical question: With which do we start? Which is the more important criterion undergirding our images of organised crime: similarity, or difference? And how did that distinction come to be, and to be so significant?

Public assumptions about crime in general can be simply and superficially put: criminals as individuals are not like the rest of us, and what they do – criminal behaviour – is not what we do. It reflects a binary distinction between legality and criminality. Difference is the key: individuals, and subsequently groups, are in one category or the other. Usually, such a superficial assumption is not a major hindrance to defining and controlling crime; laws are reasonably clear, and prosecutors and investigators know what to do. Public opinion can be galvanised on occasion by traumatic events, triggering a xenophobic response that affects what we understand about the extent and nature of crime and its control; but it does not generally affect our understanding and definition of the underlying crime.

The concept of organised crime, on the other hand, came into being through public assumptions, not a legal definition. It emerged in the US in the era of Prohibition. Observers and investigators, primarily from law enforcement agencies, viewed it as a foreign, ethnically organised response to a newly-defined criminal opportunity, known initially as “Racketeering”. Ultimately, their starting assumption of difference led in 1967 to a formal definition of organised crime centered on a three-way equation: organised crime = alien conspiracy = mafia. That equation led to a tacit tactical presumption: if we eliminate the mafia, organised crime will disappear.

At the same time in the 1920s, two studies were undertaken based on prior assumptions of similarity. Significantly, both came from outside law enforcement and did not highlight difference as in the binary, law enforcement approach. One looked at the problem from the perspective of the newly emerging Chicago school of urban sociology, focusing on social structure as a common base for understanding people living in respectable social areas and people living in lower class neighborhoods. The other, published in 1931, examined the problem as an economic subset of the cost of crime. Organised crime in that report was a category of behaviour that shaded “by imperceptible degrees” from organised schemes carried on as regular businesses to clearly criminal extortion and racketeering, so that “the line between criminal and no criminal activity is thus frequently a rather arbitrary one”.

Unfortunately, both similarity-based studies lacked support structures comparable to what law enforcement and public opinion provided for the approaches based on the assumption of difference. As the latter became official policy, findings based on the assumption of similarity were consigned to the archives. They need to be recalled, especially those of the 1931 report.

Dwight C Smith Jr is a Research Associate in the Center for Policy Research at Rockefeller College, SUNY-Albany. His civilian career was primarily in State government and public university management. From 1967 to 1994 he researched and wrote about organised crime theory, notably The Mafia Mystique (Basic Books, New York, and Hutchinson & Co., London, 1975). In 2014 he was named “Distinguished Scholar” by the International Association for the Study of Organized Crime (IASOC) and resumed his writing efforts. He lives in semi-retirement with his wife in Slingerlands, New York.