Home   Blog   How to Uproot the Extortion Racket: the Ercolano Model 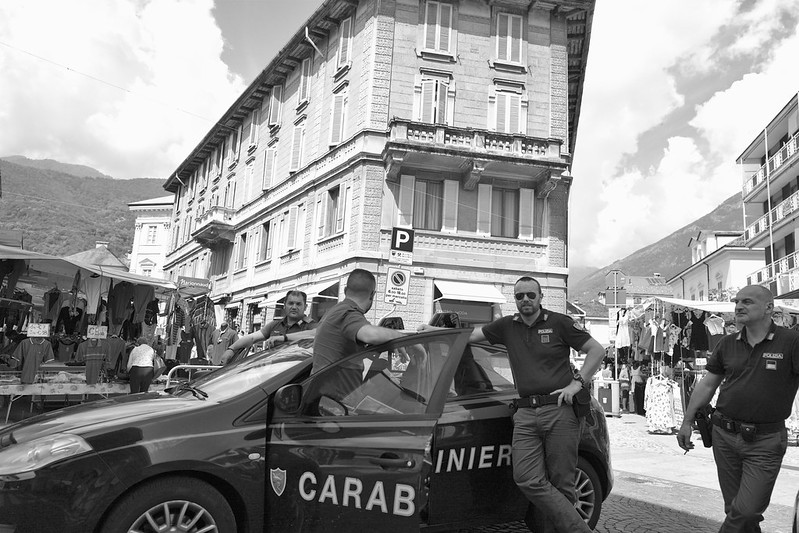 How to Uproot the Extortion Racket: the Ercolano Model

In 2009, a few scrap pieces of paper were found in a cupboard during an arrest of a camorrista – a member of the Neapolitan Camorra – in the town of Ercolano, close to Naples. This scrap paper listed businesses in the area, zone by zone, followed by a number ranging somewhere between 400–1,500. Initial suspicions, later confirmed by a Camorra turncoat, were that this was the ledger of the local Camorra clan detailing its pizzo (extortion money) collections. But what initially seemed to be a victory for law enforcement officers in its fight against Camorra clans in the town soon turned to introspection: how could so many businesses be paying the clans, while only six businesspeople in the whole territory between 2000 and 2009 had actually reported attempted extortion?

To tackle the issue, an anti-racket association, Ercolano per la legalità (Ercolano for Legality), was inaugurated in 2006 by the local administration, the police (Carabinieri), the Italian Anti-Racket Federation (FAI), and was headed by one of the businesspeople who had rejected the pizzo. Discussions held at the association and attended by businesspeople, the Carabinieri and the local administration made it clear that there was a disconnect between the three groups responsible for tackling the crime. Not only was there a lack of denunciations, as they dug deeper, it also became evident that the Carabinieri had not done enough in the past to support the businesspeople who had showed the courage to report their extorters, appearing to abandon them post-trial, leaving them to be approached by different extortionists instead.

The business community simply did not trust the Carabinieri to protect them in the period following any potential trial, leaving them exposed if they were ever to report their extorters. Occasional mass arrests in the preceding years had done little to tackle the clans, instead creating vacuums that were filled by other rival groups. These arrests had little effect on the norm of pizzo payment other than to force businesspeople at times to pay multiple clans. In recognition of this issue, a novel strategy that encouraged businesses to denounce their Camorra extortionists was therefore adopted.

With the list found in the cupboard, the lieutenant of the Carabinieri began visiting the businesses one-by-one, assuring them that they could denounce the clans without concerns for their safety, and left his personal contact details. But progress was slow. Whilst the anti-racket movement continued to meet, gradually gaining new members, there was no real breakthrough, and many businesses remained unwilling to go out on a limb on the word of some Carabinieri lieutenant.

This was until one of the clans bombed a local bakery for not paying the pizzo. The anti-racket association and the law enforcement agencies reacted to this by staging a march through the town: demonstrating to citizens and businesspeople that there was an alternative to paying the clans, and that any denunciations would be taken seriously. The trials that followed were the product of the reaction to the bombing, as well as several other local businesses who had decided to report the Camorra together. Crucially, the anti-racket association supported the defendants before, during and after the trial, alongside the Carabinieri and representatives of the local administration. Within a few years they appeared to have uprooted the protection racket. Before, the extortion racket had been all-encompassing, as one Camorra turncoat noted in court, ‘most of [the businesses] already knew… they would even have the envelope [of money] ready… they would pay without discussion… everyone paid… there wasn’t anyone who didn’t pay’. After, the area was regarded as the model case for how to defeat mafia racketeering: the Ercolano Model.

Through my research in Ercolano, I set about studying an anti-mafia movement that had successfully uprooted its local criminal associations. I wanted to know how a community with deeply rooted norms of pizzo payment was able to overcome omertà, the silence that often prevented businesses from denouncing their extorters, and what could be learned and applied to cases elsewhere. At the same time, I wanted to know what other efforts were being made in the streets and by community associations to challenge the Camorra and the cultures that encouraged young people to join this world.

I did this through a long-term ethnographic study, applying a grounded approach that was followed by interviews with figures in the local anti-Camorra movement that I identified during fieldwork. This involved interaction with the shopkeepers themselves, Carabinieri officers, the sitting magistrate for the town, members of local Civil Society associations such as Church parishes, youth associations and overtly anti-Camorra associations, combined with daily interactions working and living as an English teacher in the area.

What I found, as elaborated in the Ercolano Model, was that community relations were just as, if not more, important than repression by law enforcement agencies in uprooting criminal associations. This was particularly the case given that much of their power relied on deeply rooted norms present in these areas. What this situation required was deeper social and cultural change, rather than securitisation and repression. The distrust that characterised the shopkeepers’ view of the Carabinieri was overturned, with the Carabinieri proving that they could be relied upon and were fighting on the same side.

Dr Chris Bowkett is a recent PhD graduate at the University of Bath. His research interests include the anti-mafia movement in Italy and organised crime more broadly. He currently lives in Naples.