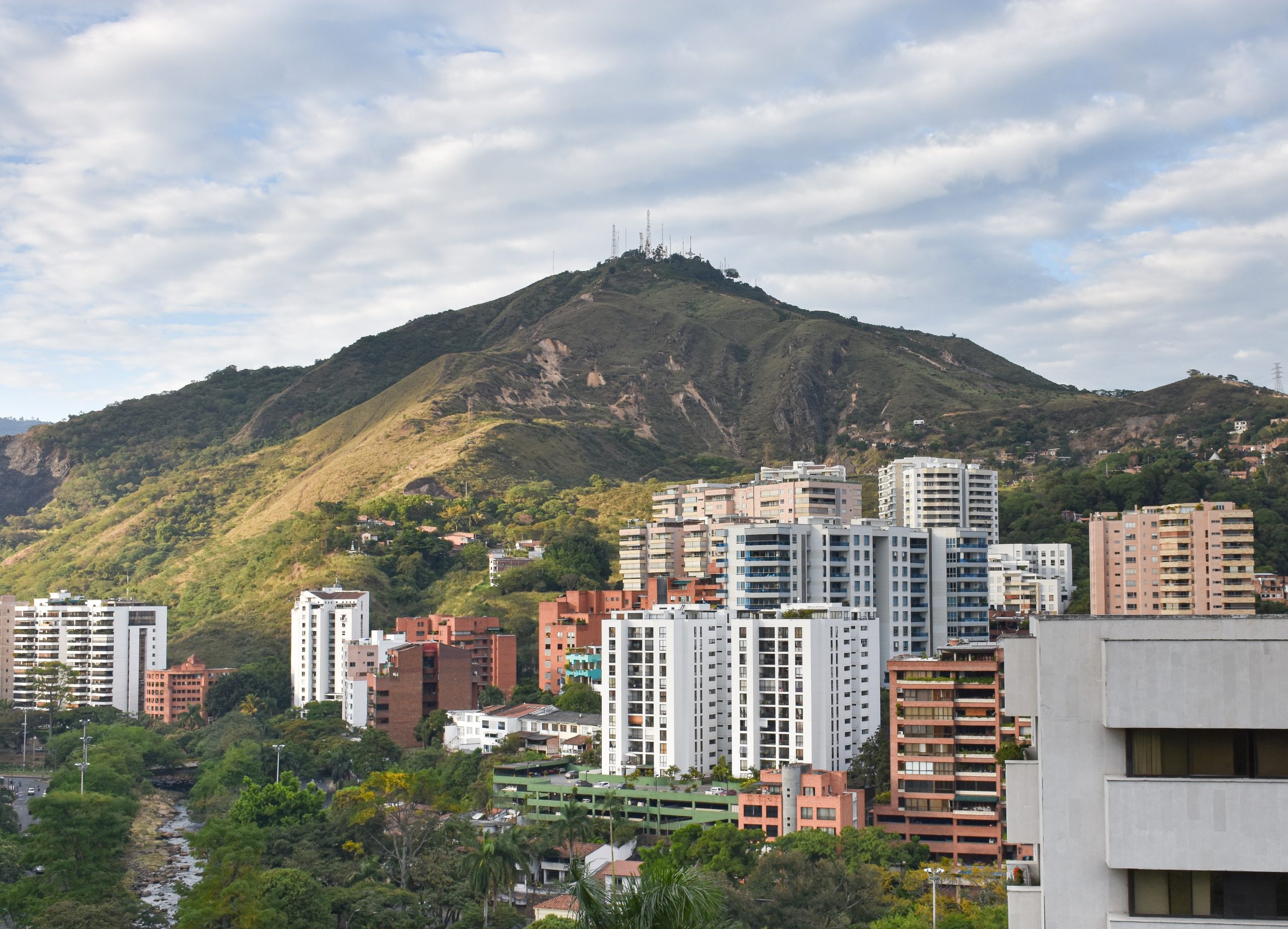 On November 26, 2016, the signing of the Peace Accord (hereinafter referred to as the Accord) between the Government of Colombia (GoC) and the Revolutionary Armed Forces of Colombia (FARC), was perceived by some citizens as the start of a new phase in the country’s violent history. Others felt it merely rewarded existing impunity and failed to meet international standards. The Accord set especially high expectations of the most conflict-affected parts of the country, calling on these areas to realise a reduction in violence, increase state capacity, ensure greater access to education and improve economic opportunities. Despite these expectations, the post-conflict transition phase has been exacerbated by a slow implementation of the Accord, a renewed cycle of violence attributed to the security vacuum created by the absence of the FARC, and most recently the COVID-19 pandemic. As a result, boys, girls, and adolescents or NNA (a term used by the GoC to describe minors under the age of 18) in rural parts of the country – historically one of the most vulnerable groups affected by the conflict – are at greater risk of victimisation.

During the post-conflict transition phase, August 15, 2017, marked the end of the disarmament and demobilisation processes of approximately 13,000 members of the FARC. The FARC relinquished a vast territory of control, including 242 out of 1,123 municipalities, which corresponds to 22% of the municipalities in the country. As a result, a security vacuum was abruptly created with various factors shaping the existing security and violence dynamics. The Plan Victoria Plus (PVP, previously called Plan Victoria) is the GoCs principal military strategy to reclaim territorial stabilisation and control in former FARC municipalities. This involves the presence of 80,000 state security agents across 160 municipalities. However, the implementation of the PVP began seven months after former FARC members started moving into the 26 transition and normalisation zones (ZVTNs) on December 6, 2016. Most military and police presence was initially concentrated around these transition zones due to security concerns, leaving the more conflict-affected rural areas with limited law enforcement presence. The GoC has been highly criticised for its lack of planning and swift implementation.

Moreover, there continues to be insufficient institutional capacity to provide access to educational and employment opportunities, healthcare, clean drinking water, and security. Even among the 170 most conflict-affected municipalities included in the Development Programs with a Territorial Approach (PDET) as part of the Accord, some experience shortages in institutional capacity in the implementation of the 15-year Municipal Development Plans to achieve rural development and stability. This is primarily tied to a scarcity of government funds to finance these plans. In some cases, plans also lack thorough planning with specific objectives, activities, and budgets focusing on preventing violence or forced NNA recruitment as identified in PDETs in Norte de Santander, Sur de Cordoba, and Norte de Caqueta. Troubling enough, nationwide homicide increase is concentrated in 44% of PDET municipalities. This raises concerns on the challenges PDET municipalities face in changing the violence curve and reducing the socio-economic inequities that serve as protective factors against non-state armed groups, while also considering the influence of contextual and regional particularities.

With the current post-conflict security, socio-economic, and development dynamics in mind, one of the major implications for Colombia after the signing of the Accord has been the persistence of NNA forced recruitment. Only two months after its ratification, implementation guarantors such as the United Nations (UN) and the Organization of American States (OAS) warned of an uptick in countrywide NNA forced recruitment. NNA are being forcefully recruited to primarily increase the military and economic capabilities of non-state armed groups, with subtle differences in rural and urban contexts. In rural contexts, NNA are being recruited to increase and replenish their ranks because of the frequency of confrontations. Other functions include serving as informants, vigilantes, weapons and drugs transporters, sexual slaves, and guides.

Most victims recruited are indigenous, afro-descendants and campesinos (peasants), located in border communities and those with high levels of illicit crop cultivation. For example, indigenous Wacurabá NNA are recruited in the department of Vaupés by FARC dissidents because they are good guides that know the landscape, a useful skill as the dissidents seek to expand their territory. Forms of forced recruitment include the provision of misleading job offers, threats against families, romantic relationships, recruitment checkpoints, and even through school indoctrination.

In urban contexts, NNA are being forcefully recruited to join non-state armed groups’ urban war fronts and gangs such as the ELN Urban War Front. Here, NNA serve as informants, weapons and drugs transporters, vigilantes, extorsion collectors, hitmen, and sexual slaves. Most victims recruited are homeless or those who spend most of their days on neighbourhood streets in impoverished neighbourhoods of municipal capitals. Forced recruitment of NNA takes place primarily through seduction. Vulnerable youths are lured into these groups with expensive gifts and money which leads them to start taking on minor tasks until they are not allowed to leave. An added dynamic in urban contexts is that even though NNA may continue living at home and attending school, in contrast to rural contexts, groups are able to control their activities and movements. Lastly, the political and economic crisis in Venezuela has led to an exodus of migrants to Colombia which hosts 1.7 million Venezuelans. Venezuelan NNA have subsequently also become targets of forced recruitment, especially in border departments such as Arauca, Cesar, La Guajira, and Norte de Santander.

Between 2017 and 2019, 25 out of the 32 departments in the country were on high alert of NNA forced recruitment by non-state armed groups. More specifically, the Ombudsman’s Office of Colombia reported that between 2017 and 2020 there were 204 early warning signs emitted from across the country, of which 161 were identified as risk of forced recruitment of NNA groups. Ages of recruits range from between 8 to 18 years old.

Additionally, it is important to note that reports from the GoCs Human Rights advisor, Ombudsman’s Office of Colombia, and non-governmental organisations (NGOs) echo these patterns of forced recruitment of NNA, and most importantly the increased vulnerability and worsening of the situation since 2020 because of the COVID-19 pandemic. The NGO Coalition Against the Involvement of Girls, Boys and Youth in the Armed Conflict in Colombia (COALICO) claims that between January and June, 2019, 60 NNA were forcefully recruited, while between January and May, 2020, 128 NNA were forcefully recruited. This represents a 113% increase in NNA forced recruitment from 2019 to 2020. School closures and increased socio-economic inequity brought by the COVID-19 pandemic has been a devastating an key driver of NNA forced recruitment. With school closures and a lack of access to remote education (especially in rural areas), NNA have become easier targets with more predictable daily routines. This allows groups to go door-to-door to forcefully recruit or offer employment opportunities to vulnerable children to support their families to mediate the harsh economic crisis many Colombians are facing. According to the National Administrative Department of Statistics (DANE), poverty rates increased from 35.7% in 2019 to 42.5% in 2020, leaving 21 million (total population is 50 million) Colombians in poverty subsisting with less than COP 360.000 per month (USD 95.78).

In response to the acute NNA forced recruitment issue, the GoC has developed various strategies. Among these initiatives was the launch of the “Join Me” program on August 1, 2020. This program aims to prevent NNA forced recruitment in 197 municipalities located in 26 departments most affected by this issue. It seeks to implement 99 projects, focusing on family and individual psychosocial care and economic projects; trainings on how to recognise human rights violations; strengthening protective environments and prevention, reporting; and sports, recreational, and cultural training, and social mobilisation. On February 12, 2021, the presidential advisor for human rights provided the first update on the program’s progress, stating that six out of nine indicators report over 50% progress. Despite this update, it does not provide a clear picture of its achievements until the progress report is made available. Additionally, the program has been challenged by non-state armed groups such as the ELN, which has banned it and prevented government employees from entering communities. Separate programs do exist, such as Generations Shake It Up 2.0 which has been conducting virtual and phone check-ins with NNA participants, in addition to helping them identify possible situations of forced recruitment.

The current NNA forced recruitment situation in Colombia has the local and international community concerned about how this is affecting NNA and the implementation of the Accord. Recognising the imminent threat NNA face in a majority of the country, it is key for the GoC “Join Me” program and others to coordinate closely with local actors, strengthen communities’ capacities, and ensure rigid control measures to test the effectiveness of this program and reign back control of this situation.

Carl Vosloh is an Associate at the Global Initiative against Transnational Organized Crime and a Rotary International Peace Fellow XIX pursuing an MSSc in Peace and Conflict Studies at Uppsala University in Sweden.