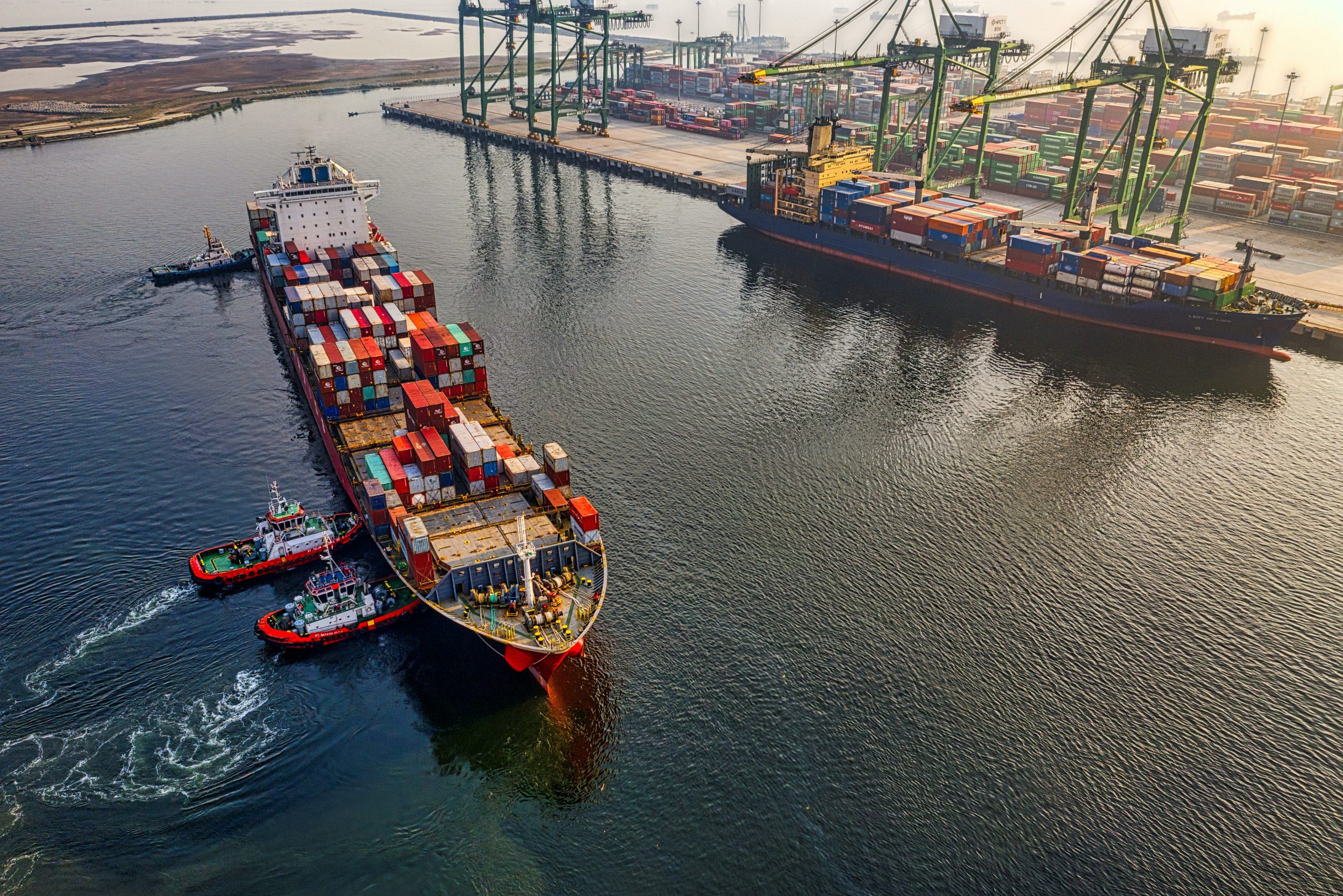 Can China become an asset in the fight against illegal wildlife trade (IWT)?

With the construction of the Chinese-financed and built Lekki Deep Sea Port in Nigeria, China continues to expand into West Africa as part of its Blue Economic Passage project, an aspect of the larger Belt and Road Initiative (BRI). Through the construction, financing, and operation of ports such as Lekki, the BRI positions China as a potentially critical ally in ongoing efforts to counter transnational IWT through improved port infrastructure and logistics as well as their own improved counter-IWT measures.

In the wake of ongoing concerns over the extent of ‘good-faith’ Chinese IWT initiatives, it remains to be seen whether West African integration into the Chinese maritime nexus will contribute to IWT reduction or lead to greater concealment and consolidation of illegal products. However, recent financial difficulties within the economic powerhouse may present new opportunities to hold China to its word and existing commitments to combat IWT.

Nigeria’s total port throughput in 2019 stood at 1.848 million twenty-foot equivalent units (TEU), a 17-fold increase from their 2009 total of 87 thousand TEU. Nigeria’s rapid and steep development in maritime shipping is mirrored across the region and has been supplanted by increased involvement in the globalised economy and widespread adoptions of Special Economic Zones (SEZs).

The broader adoption of SEZs across West Africa is an attempt to prioritise ease of business as a means of attracting commerce and foreign direct investment. However, the nations’ respective ports have been unable to cope with massive traffic demands, relying on outdated physical and logistical infrastructure.

Growing West African ports, steadily more connected to global shipping networks, are increasingly attractive to organised crime groups who smuggle wildlife products. Increased marine traffic in the region has not, thus far, been met with corresponding developments in customs infrastructure. Seizures of trafficked wildlife products at regional ports have also demonstrated a shift in IWT activity from East to West Africa – with most shipments destined for Eastern Asia.

A notable recent seizure by the Nigeria Customs Service (NCS) uncovered a container with 4,752 kilograms of elephant tusk and 5,329 kilograms of pangolin scales. Whilst the seizure demonstrated some capacity and will to disrupt IWT flows, the underlying, archaic processes which continue to govern operations in Apapa Port are emblematic of a wider regional vulnerability. These inadequacies further serve to highlight the ways in which close partnership with China has the potential to bring much-needed funding and operational support.

In 2020 NCS revealed that a set of multi-million dollar non-intrusive inspection (NII) machines had gone unused for years. In lieu of NII scanners, which can effectively scan up to 150 containers per day, the NCS relies on mass-physical inspection which greatly reduces inspection capacity and creates corruption vulnerabilities. Despite recent improvements in countering customs corruption, particularly in Nigeria, West African states continue to struggle with varying levels of corruption and outdated customs methods. By contrast, as of 2017, the Chinese Customs have deployed over 200 large-scale NII machines and digitised screening processes in every major port to allow for continued customs oversight of the increasing maritime shipping traffic.

Adjacent to the over-crowded, struggling Apapa Port is the Chinese majority-financed and constructed port of Lekki which is set to open in 2023. The Chinese state enterprise in charge of the Lekki Deep Sea Port Project, the China Harbour Engineering Company (CHEC), has jointly committed to constructing a modern hub of maritime commerce alongside the Government of Nigeria. Emphasis on the modernity of the port was echoed by top NCS officials, primarily driven by desires to increase efficiency and generate greater profits.

The creation of a secure, efficient and modern port will rely not only on the physical infrastructural improvements such as NII scanners but an overhaul of the largely manual logistical processes in West African ports. In Nigeria, the purchased-yet-unused NII machines held by the NCS mirror the similarly under-implemented and utilized Information Communication Technology (ICT). The implementation of ICT infrastructure, an objective of the BRI, can serve to tackle corruption through digitisation of invoices, manifests and other documents whilst also creating greater intelligence capabilities.

As more West African ports join the Chinese BRI maritime nexus, the Chinese government’s expanded ICT-network may be able report greater numbers of IWT cases. China’s CITES official recently emphasised the country’s commitment to providing such data, having published a database of 1,113 detected IWT cases from 2015-2017. Financial intelligence units (FIUs) and governments could then use the increased port intelligence and data to develop effective typologies of criminal activity within the region and worldwide. The access to this intelligence, however, will be largely dependent on China’s willingness to cooperate and act against IWT.

In the context of Covid-19, Chinese media and authorities have publicised novel domestic crackdowns on wildlife trafficking with stricter anti-IWT legislation and enforcement. From increased inter-agency cooperation and IWT-recognition training for customs agents to the utilisation of cyber intelligence, China has expressed its commitment to countering IWT domestically and abroad. In a recent letter, the Chinese representative to CITES highlighted ongoing efforts to appropriately equip and train customs agents in China-invested overseas enterprises.

The Chinese National Forestry and Grassland Administration (NFGA) has also pledged support through funding, training and intelligence sharing in previous memorandums of understanding (MoU) with African countries. In 2013 an MoU was signed with South Africa to ensure greater protection for South Africa’s elephant population and in 2019 the NFGA inked an MoU in Nairobi, Kenya on a general agreement to jointly counter IWT. As the Chinese network of ports in West Africa grows, the prospect of a hands-on Chinese approach to preventing IWT in their funded and operated ports could prove significant in addition to the general infrastructural improvements.

The Challenge of Relying on China

Although there is cause for optimism in China’s apparently increasing support to port infrastructure in the region, there is reason to exercise caution towards these ‘good-faith’ initiatives. As a function of China’s BRI, this expansion of influence carries a series of risks to which West Africa must remain wary.

The BRI’s expansion into Africa, more generally, is defined by a stark power difference between the immense Chinese economy and often unstable and relatively ineffective regional governments. A wide-ranging study of the Chinese-African business relationship undertaken by McKinsey in 2017 underscored widespread asymmetry and corruption between Chinese firms and local African partners. Across the surveyed countries, including Nigeria and the Ivory Coast, a significant proportion of Chinese private firms were shown to facilitate bribery, with some examples illustrating that over 60% of Chinese firms engaged in such activity.

The study further revealed the varying levels of local employment in Chinese funded projects. In the Ivory Coast, for example, a  paltry 19% of persons employed by Chinese firms in the country were non-Chinese. With potentially high numbers of Chinese nationals working in private Chinese firms, especially in environments with weak regulatory and oversight mechanisms, there is considerable potential for abuse. These fears are evidenced, for instance, by a 2019 crackdown on Chinese firms carried out by Kenyan and Ugandan authorities. Over 90 Chinese firms have been accused of bribery and tax evasion by the Ugandan government alone; the potential for improper influence is even more acute in relatively weaker governments in West Africa.

Despite promising physical and logistical infrastructural benefits, MoUs and claims of progressive action against IWT, the bulk of Chinese benefits to the region are entirely speculative. Until evidence of tangible actions such as training, counter-IWT funding or greater intelligence sharing by Chinese authorities is provided, China’s status as an ally against IWT is uncertain. The Chinese resolve against IWT itself is at times inconsistent with the country’s policy and practice: the Chinese government still permits legal trades, for example, in Pangolin scale due to value in traditional medicine. The ongoing licit Chinese demand combined with the asymmetry between Chinese entities and West African governments could potentially streamline the sourcing and export of wildlife products under the pretext of medicinal use.

Posturing both as a self-proclaimed ally whilst simultaneously maintaining legal trades in protected species, China remains an enigmatic actor in the fight against IWT. However, with an increasing prevalence of IWT in West Africa, the potential value of China as an ally is an opportunity we can ill afford to dismiss. The challenge is therefore to balance optimism with a wary, proactive approach to prevent China from reneging on promises and abusing their outsized influence over West African ports.

In light of China’s recent debt-struggles, there is a golden opportunity to take proactive measures to better assure China’s allyship against IWT. Faced with the potential impact of a spillover-effect onto Chinese BRI investments, worries of exploitative Chinese debt-maneuvering have left African governments skeptical. In addition to domestic financial complications, European and American investors are looking to gain from the loss of confidence in Chinese investment. The pressure has led the Chinese government to attempt to salvage business relationships. On 26 November, China’s State Council Information Office published a White Paper claiming that China would work towards re-enforcing a “partnership of equals” with their African counterparts.

As ports such as Lekki become operational, and China’s maritime expansion comes into full view, countries and NGOs concerned with wildlife conservation should publicly emphasise and encourage China to make good on their existing and new commitments. Engaging with state, state-owned, and private enterprises involved in China’s maritime expansion can help ensure that China’s contributions are fully capitalised upon.

Elijah Glantz is currently completing his BA in Political Humanities and International Relations at Sciences Po. His current research focuses on the mapping and understanding of illicit economies in post-conflict societies with a special interest in sub-Saharan Africa.