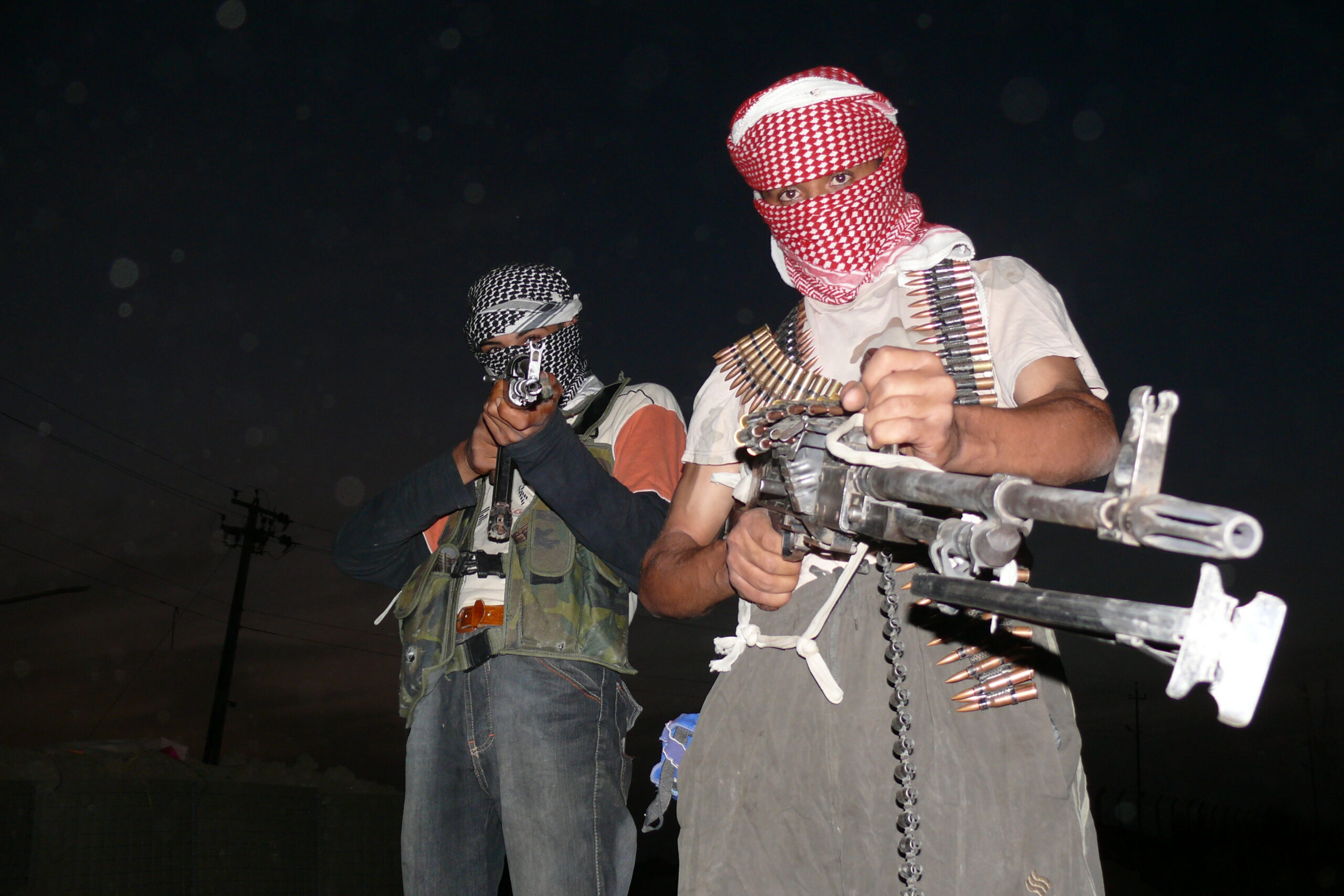 As terrorist groups become more global in their reach, creative in their methods and increasingly connected to organised criminal groups (OCGs), new and complex counter-terrorism responses are required. One concerning trend, in at least some geographical regions like sub-Saharan Africa is increased cooperation between OCGs and terrorist groups, including the ‘outsourcing’ of certain criminal services like hostage-taking or the provision/movement of firearms on a ‘pay as you go’ basis.

Sometimes cooperation even becomes convergence, for example in the case of Hezbollah and the Mexican drug cartels, whereby the level of integration between the two groups is such that it is difficult to discern the parameters between them. In some instances, terrorist groups may use methods traditionally associated with OCG activities in order to fund their objectives and activities.

Where cooperation or convergence does occur, it can put existing applicable legal frameworks under strain, highlighting or even creating normative gaps in the process. In turn, these gaps may hinder effective international cooperation, including in the domains of legal terrorism prevention and criminal justice responses to organised criminal and terrorist activities. Such strain can become especially worrisome when the criminal actors engaged, whether OCGs or terrorist groups, pose significant threats to international peace and security, such as attempts by non-State actor groups to acquire weapons of mass destruction (WMDs).

Applicable legal instruments – international, regional and national – have generally failed to keep pace with such technological strides and their associated risks.

Access to more conventional weapons and explosives remain a primary source of concern as the normal ‘modus operandi’ of terrorist groups, but rapid technological advances and ‘emerging technologies’ further compound the challenges and complexities of countering such threats. Applicable legal instruments – international, regional and national – have generally failed to keep pace with such technological strides and their associated risks. One such area relates to intangible technology transfers (ITT) between OCGs and terrorist groups; a term which encompasses the transfer of manufacturing techniques, technical know-how and intellectual property. ITT can take different forms, such as the oral transfer of technical know-how between persons, or the transfer of intellectual property – e.g., blueprints for conventional or non-conventional weapon systems – via email, software uploads or document downloads.

A particular issue of concern for those working on counter-terrorism, non-proliferation and illicit armaments trafficking relates to the potential for OCGs and terror groups to acquire ‘dual use’ technology of the sort that may be used for both legitimate civil/military as well as illicit criminal purposes. An example here is the case of 3D printers which, together with the software and/or blueprints necessary, may enable a person or entity not only to conduct a range of legitimate activities, but also to print weapons. The criminal intent to illicitly use 3D printers to manufacture weapons has already been demonstrated in Sweden, Australia and Hong Kong. Whilst it should be noted that weapons that would have been produced by these criminal enterprises would have been unfit for purpose, this poses a novel threat that demands greater attention.

Though it is not possible to 3D print fissile, chemical or explosive ingredients, the defence and security sector has reported the rapid development of technology towards the 3D printing of the component parts of missiles, for instance, by military troops who are operationally deployed. Clearly, if such technology were to fall into the hands of OCGs and terrorist groups, catastrophic consequences could ensue. Somewhat surprisingly considering the potential scale of the threat posed by this development, such issues have attracted only modest research, scholarship or even political attention to date. This has been particularly true from a legal perspective, where research that has been undertaken has tended to be technical rather than legal in focus. As such, major gaps are present within existing legal scholarship which should inform policy, law and practice governing emerging technologies related challenges. These include from national/international criminal justice and security perspectives regarding OCGs as well as the criminal activities and methods employed by some terrorist groups.

An extensive survey of the relevant international treaties, including those pertaining to organised crime and OCGs, those pertaining to terrorist groups (19 international anti-terrorism instruments), and relevant UN Security Council resolutions (including Chapter VII binding resolutions), revealed that scant, if any, criminalisation of ITT related activities exist. There appear to be two primary gaps related to this issue: first, existing treaties do not criminalise the transfer of intangible technology such as an asset for criminal purposes, whether for financial gain or to perpetrate terrorist acts; and second, existing frameworks do not criminalise the utilisation of such technology – like cyberspace or the Internet – for the transfer of intangible technology assets by OCGs or terrorist groups.

Instead, existing legal instruments – which were adopted before many current technologies were even envisaged – are typically concerned with the transfer of tangible materials like weapons, rather than with the intangible technology capable of creating such weapons. Such gaps linger despite the related (CBRN) threats being recognised as posing a serious threat to international peace and security, for example in UNSC Resolution 2325 (2016). Despite such recognition, the Resolution’s language when referring to ITT is noticeably weak: “[e]ncourag[ing] States, as appropriate, to control access to intangible transfers of technology and to information that could be used for weapons of mass destruction and their means of delivery” (emphasis added).

Indeed, whilst there seems to be a growing belief that existing systems, such as the non-proliferation regime established by UNSC Resolution 1540 (2004), are insufficient on their own to respond to challenges posed by emerging technologies, there nonetheless remain serious gaps when it comes to ITT. One implication of such gaps is that it is not possible for states to fully cooperate on criminal justice matters – such as extradition or the provision of mutual legal assistance – which do not yet constitute (serious) crimes, even though they should.

A number of concrete steps are proposed to rectify these gaps: (1) the adoption of a new Security Council resolution (Chapter VII) which specifically addresses security threats and criminal justice challenges posed by emerging technologies including ITT; (2) the exploration of the political appetite for the development of a new additional protocol to each of the existing OCG and anti-terrorism treaty regimes; (3) sustained pressure on states to ratify existing OCG and anti-terrorism treaties, especially those treaties governing nuclear security which may at least nominally extend to some ITT related OCG/terrorism scenarios; (4) ensure increased regulatory controls on the export, transit and brokering of ‘dual-use’ items, including increased legal clarity under multi-lateral export control regimes aimed at countering illicit activities such as weapon proliferation and trafficking by OCGs and terrorist groups; and (5) to consider the development of a new ‘soft’ law framework of guiding principles, standards and/or code of practice on emerging technologies including ITT issues. This could draw upon existing legal principles, regulations, laws and so forth in the fields of intellectual property, competition and trade regulation, cyber security/financing, as well as terrorist financing/money laundering.

The failure to plug this gap renders critical national infrastructure and populations more vulnerable to terror than they could or should be.

The existing and emerging threats posed by the technological developments outlined above are both real and foreseeable. As such they urgently require increased political commitment, together with more innovative multi-sectoral approaches, in order to prevent or at least mitigate the potential implications of dual use technology from being used by those with malicious intent. National and international legal tools have a significant role to play here, but one which has yet to be fully realised. The failure to plug this gap renders critical national infrastructure and populations more vulnerable to terror than they could or should be.

The full version of this article is available at https://gsdm.global/closing-the-intangible-technology-transfer-gap/ 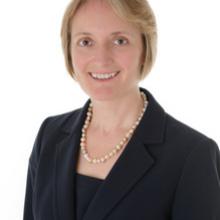