Home   Blog   Is the UK Engaging Meaningfully with Counter-Narcotics in Afghanistan? 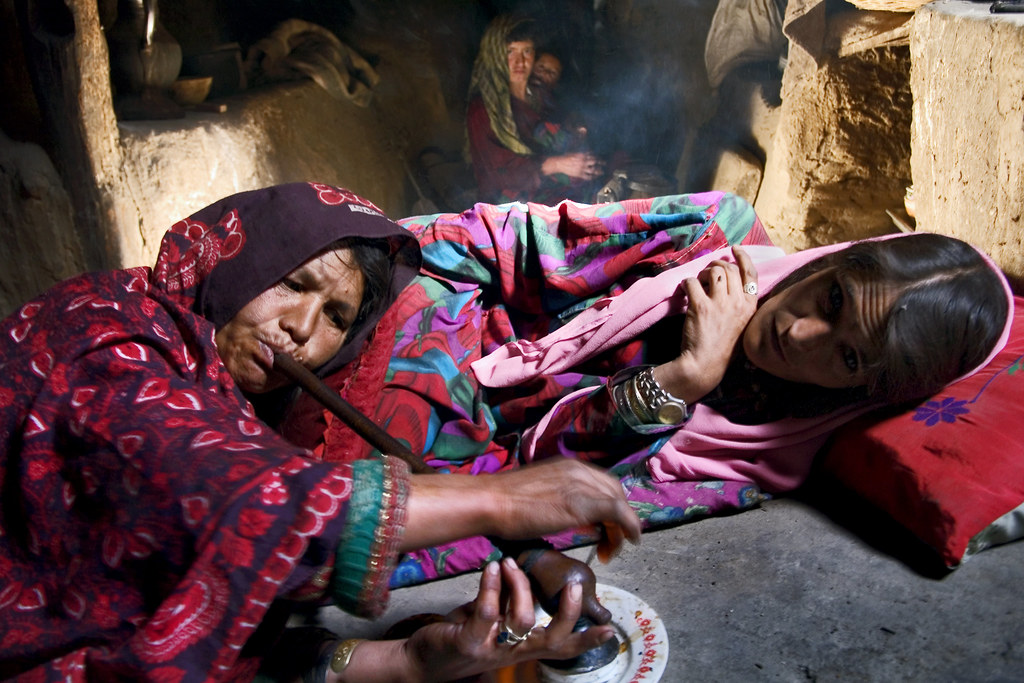 Is the UK Engaging Meaningfully with Counter-Narcotics in Afghanistan?

In recent evidence to a House of Lords committee examining United Kingdom (UK) policy in Afghanistan, Defence Minister Baroness Goldie warned that the Afghan narcotics trade, which accounts for approximately 85 per cent of global heroin, poses ‘a key threat to our national security interests.’

The threat, she argued, was multifaceted: ‘95 per cent of the heroin on our streets originates in Afghanistan…[and] organised crime groups in Afghanistan involved in drug trafficking use the profits from illegal drugs to fund…buying illegal firearms and financing terrorism.’ Given this, the minister noted, ‘it is therefore imperative to engage meaningfully with…counter-narcotics efforts’.

Strikingly, Baroness Goldie’s framing of the threat could have been borrowed from former Prime Minister Tony Blair as he laid out the case for war in Afghanistan in October 2001. Goldie’s rhetoric, however, belies the fact that over the past decade successive UK governments have failed to prioritise counter-narcotics efforts in Afghanistan.

In short, combatting the narcotics trade went from a central pillar of the UK’s campaign in Afghanistan to a neglected issue.

During the early 2000s, with Blair personally invested in the counter-narcotics mission, the UK launched a controversial policy to compensate farmers for destroying their opium crops, assumed the role of G8 lead nation for counter-narcotics and set an unrealistic target to eliminate opium cultivation within 10 years.

Not all within Whitehall shared Blair’s enthusiasm to confront the narcotics industry. The Foreign & Commonwealth Office (FCO) argued that eliminating opium cultivation in 10 years was unrealistic – evidence from around the world indicated it could take 30 years. Despite the FCO’s accurate reading of the situation, high-level political direction resulted in the UK embarking upon a decade-long mission to counter the narcotics industry. The real problem, however, lay not with the ambition to act, but a lack of reality in Number 10 about what could be achieved against a well-established narcotics trade in a developing nation.

Perhaps predictably, Afghanistan was soon engulfed by record levels of opium cultivation. By 2007 – one year after the UK assumed responsibility for Helmand, the country’s most prolific opium producing province – Afghanistan had cultivated 193,000 hectares of opium. That equated to a 112 per cent increase in cultivation beyond the highest level recorded under Taliban rule.

The UK’s failure to control opium cultivation led to disquiet in Washington, with many questioning if the UK was up to the task of G8 partner nation on counter-narcotics (lead nation was replaced in 2006). Relations were further strained as the FCO and State Department’s Bureau of International Narcotics and Law Enforcement Affairs (INL) were at odds over the introduction of aerial eradication, with the former opposed and the latter in favour.

Bruised by the experiences of the previous decade, the UK wound down its counter-narcotics mission between 2011 and 2012; resources were cut, and the counter-narcotics brief was transferred from the FCO to the Home Office. A wide-ranging counter-narcotics approach – however poorly conceived or implemented – was replaced with piecemeal law enforcement and capacity building activity and limited alternative livelihoods work. After the 2014 transition, the National Crime Agency had to scale back its operations in country and instead increase its focus on interdicting narcotics once they left Afghanistan.1

After a decade or more of relative failure, counter-narcotics was considered a bad news story within Whitehall. The FCO, for its part, demonstrated little interest in counter-narcotics; the same was also true of the UK Embassy in Kabul.2 Within a few years, the UK had gone from partner nation on counter-narcotics to scarcely acknowledging the issue in policy statements. This inevitably impacted London’s relationship with Washington; the UK went from INL’s closest – if not always cordial – partner to just one of many.3

Whilst discussions about countering the narcotics trade may feature in the Afghan peace negotiations, it is unlikely – given the recent history of inadequate policy responses by both the Afghan government and the Taliban when they were in power – that a well-crafted, realistic and sustainable counter-narcotics strategy will emerge. The narcotics industry, which now also includes a burgeoning methamphetamine sector, shows no signs of abating; in fact, it is more consolidated and rampant than at any point in the last twenty years. Progress against the narcotics industry requires a long-term approach that puts development at its heart, but also addresses a range of underlying problems, such as security, rule of law, and governance. As resources have been scaled back in recent years, there is little evidence to suggest that the UK (or US) is supporting such a comprehensive strategy. Likewise, all the evidence indicates that counter-narcotics – despite Baroness Goldie’s rhetoric – will not be a ‘significant issue’ for this or future UK governments.

Dr Philip A. Berry is a Lecturer in War Studies at Kings College London and is the author of The War on Drugs and Anglo-American Relations: Lessons from Afghanistan, 2001-2011.