Home   Blog   Laundering Shark Species in the Pacific: The Trail of the Fin 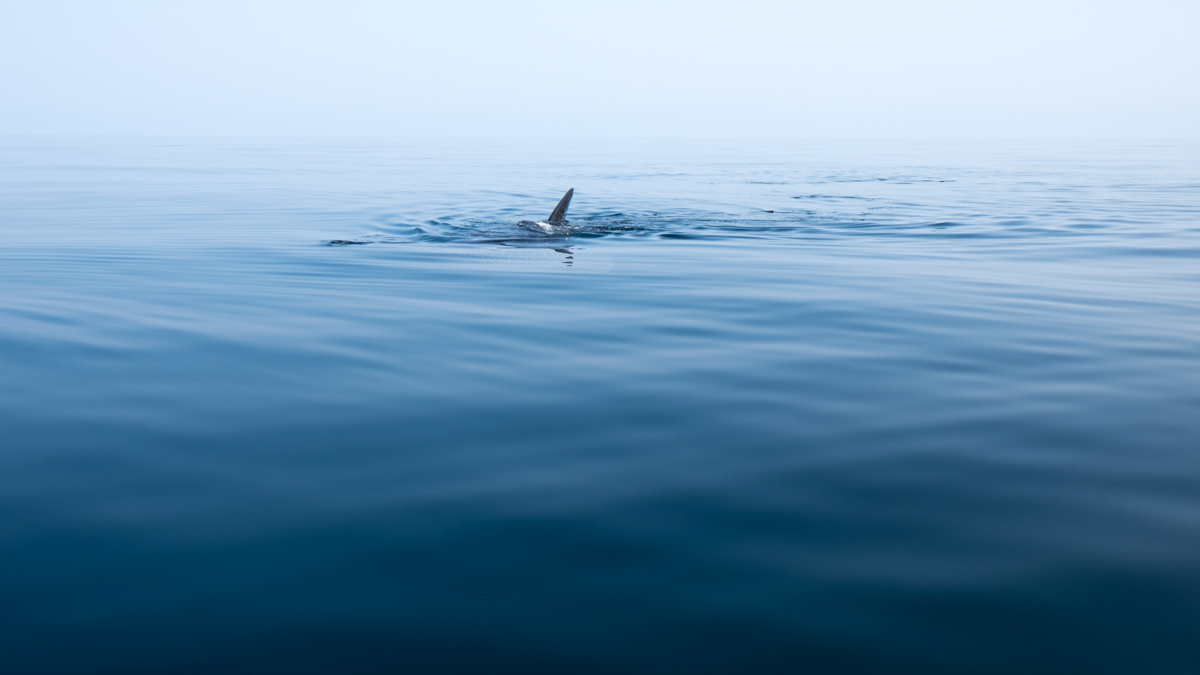 Laundering Shark Species in the Pacific: The Trail of the Fin

Illegal fishing has turned predator into prey, yet little is known about how shark species are laundered through legitimate supply chain.

According to a landmark new study by Nature magazine, sharks are vanishing from the oceans. For every ten sharks in the open sea in the 1970s, today there is only three. An 18-fold increase in fishing pressure in the past 50 years has been largely responsible for a 70% decline of the global shark population. Three-quarters of a species characterised by its functional importance are threatened today with extinction. Despite fishing prohibitions and precautionary science-based catch limits, the trail of the fin, cutting across the waters of the ocean, continues to grow increasingly thin. Nowhere is it becoming thinner than in waters of the Pacific, where criminal networks have turned the world’s oldest and most efficient predators into one of the most relentlessly targeted preys. This brief post explores the criminogenic and laundering dynamics currently draining the Pacific of one of its oldest tenants.

The trail of the fin

In 2018, Peruvian authorities seized a cargo in the Port of Lima carrying a staggering twenty-five tons of illegally-sourced shark fins. While the monetary value of the cargo was relatively low – after all, what is $630,000 dollars in a world where a single cargo of cocaine can fetch multiple billion? – the operation had involved the ‘finning’ of at least twenty-six thousand sharks – their fins brutally sliced off on-deck, their bodies very much alive when tossed back into the water. The police began an investigation. This was one of biggest seizures of illegal shark fins in the history of Peru, lacking export permits and involving multiple protected species – from the graceful requiem shark to the paleozoic-looking bigeye thresher. Shark finning is legal in Peru, and the country is the third largest exporter of shark fins worldwide. But the evidence uncovered by the police hinted at an operation that went well beyond the involvement of forbidden species and a lack export permits. The origin of the sharks, as it turned out to be, was not the waters of Peru but those of neighboring Ecuador – a country where shark fishing has been illegal since 2007. What began to emerge was one of the least chartered and most environmentally harmful criminal operations taking place in South America, invested in the collection of untold numbers of sharks from Ecuadorian waters, the smuggling and laundering of their fins in Peru, and an ignominious final destination: soups and stews at weddings and receptions in China and Hong Kong.

Back in 2007, when a number of Ecuadorian shark species were being pushed to the brink of extinction, the government placed a total ban on the fishing of sharks. Suspiciously, as the ban was implemented in Ecuador, shark fin exports in neighboring Peru began to exhibit a sustained increase. It would take years before authorities learned that Ecuadorian shark-traders were now smuggling fins to Peru in order to bypass local prohibitions and reach international markets. Fin exports in Peru rose further when Ecuador, following pressure from the fishing industry, installed provisions in 2017 for ‘incidental’ fishing of sharks. The provisions allowed for the commercialisation of certain shark species in domestic markets when caught accidentally at sea but continued to ban shark-product exports almost entirely. The new policy provided, as expected, a window for systematic abuse. Incidental catches became bolder, with fishermen returning with ever-growing volumes of sharks taken ‘inadvertently’ from Ecuadorian waters and, subsequently, finding their way to global markets via Peru. As one specialist put it, “600 sharks and 50 albacore began to show up in a boat and everything would be fine. No questions asked”. In other words, despite a total ban on the export of shark fins, the illegal shark industry in Ecuador, enabled by legal loopholes and transnational criminal networks, has provided for over a decade a substantial share – probably the lion’s tail – of the 300 tons of shark fins exported legally every year by Peru. The vast tons of shark fins and trunks involved in this transborder operation represents one of the least studied criminal phenomena taking place in South America and one of the largest threats driving the depletion of shark species from the Pacific ocean.

In Ecuador, the trail of the fins begins in the ports of Bolivar and Manta. In Bolivar, incidental and illicit catches are mixed in the estimated 200 clandestine warehouses controlled by shark traders. The fins are taken by road to the Peruvian border and smuggled into the city of Tumbes – arguably the top transnational hub for wildlife trafficking in South America, as well as the city with with the highest murder rate in Peru. A handful of devious fishing companies– often co-owned by Peruvian, Ecuadorian and Chinese mafias – take the fins from Tumbes to the port of Callao in Lima. It is then when the ‘laundering’ of shark fins, en route to being exported to Asian markets, takes place. As documented by police investigations, front companies operating in Tumbes obtain shady CITES export permits from the institution tasked with protecting the wellbeing of maritime ecosystems in Peru: the Ministry for Production (PRODUCE). The permits, sold by corrupt officials, have allowed traffickers to ‘launder’ for over a decade hundreds of tons in illegal fins from Ecuador. Authorities have documented how, from 2014 to 2018, fishing companies from Tumbes were able to launder and ship around 2 thousand tons of shark fins from Peru to China using perfectly legal government permits in spite of involving protected species and having originated, for the greatest part, in Ecuador. This spectacular amount corresponds, roughly, to the ‘finning’ of 2 million sharks.

Established as import companies in the seafood business, the criminal networks handling the shark trail extend their prowess into drug running, theft, extorsion and targeted killings. One of these criminal organisations, aptly called ‘The Pirates of Puerto Pizarro’, was recently indicted by the Peruvian government for smuggling 200 tons of shark fins from Ecuador. When the gang was arrested, it was about to receive CITES export permits from its contacts at PRODUCE. Despite the overwhelming amount of evidence against them, the ‘pirates’ were given a sentence of only 25 months at an appeals court in Tumbes. The verdict handed down by the court hinted at the political leverage enjoyed by these organisations in the judiciary and administrative structures of the city. Peru’s Prosecutor General lamented the court’s decision: “Whereas judicial authorities in other regions in the country are often drastic when sentencing criminal organisations, in Tumbes this is rarely the case”. And so the trail of the fins is guaranteed to go on.

The price of a fin

Hundreds of nautical miles deep into the Ecuadorian ocean, stationed before the line that marks the country’s sovereign waters, large stationary Chinese vessels, or ‘trawlers’, await by day to be approached by local fishing boats. The Chinese vessels greet the small fishing vessels and the thousands of shark trunks readily to be sold by them. Many of the sharks transferred to the trawlers are collected from the water employing a particularly disturbing form of bate – dolphins. From the little vessels, the catch is loaded to the Chinese trawlers via transshipment – a mechanism whereby legally and illegally-caught fish is mixed, making its illicit origins impossible to know. When the Chinese flotilla goes after the sharks more directly, it tends to do so when it’s dark. As an Ecuadorian captain put it, as the shark-hungry flotilla approaches the islands, “it’s like looking at a city at night”. Often, the crews that stock the vast refrigerators on board are, for all practical purposes, modern slaves. These companies are nevertheless often subsidized by the Chinese government to probe the coasts of Latin America – China ranked in 2019 as the country most likely to contribute to IUU fishing, out of 152 countries. China currently owns the largest fishing fleet in Latin America, with an estimated 200 Chinese vessels operating in the shark-rich waters of Galapagos Islands alone. Many of the companies behind the Chinese fleet have ample records of illegal, unreported and unregulated fishing, a sizeable portion of the estimated US$10–23 billion illicit global industry. The operational boldness of Chinese vessels in these waters owes both to irregular licensing processes in countries like Peru, Ecuador and others (allowing foreign fleets to launder their catches in sovereign waters) but also to the political leverage enjoyed by a fishing industry backed by Chinese power.

Despite their central role in the depletion of global shark species, very little is known about the laundering mechanisms turning criminal catches into perfectly-legal global sales. Shark species are being depleted through clever and evading practices that border full-blown criminality.  Perhaps, this gap in our knowledge owes to the relatively small monetary value associated with the illicit shark business – especially when compared to the more staple forms of criminal flows for which South America in more commonly known. But as criminology comes to terms with the impact of illicit activity on our environment, the sheer focus on monetary value rescinds and the real price-tag of these activities becomes increasingly manifest. Humans are the real predator, namely because its predatoriness knows no limits. When free, the grey dorsal fin of the shark, sprouting to the surface, cutting across the water, aims to achieve, in contrast, one thing in particular: balance.

The views expressed in this article are solely those of the author and do not necessarily reflect the views of RUSI, Focused Conservation or any other institution. 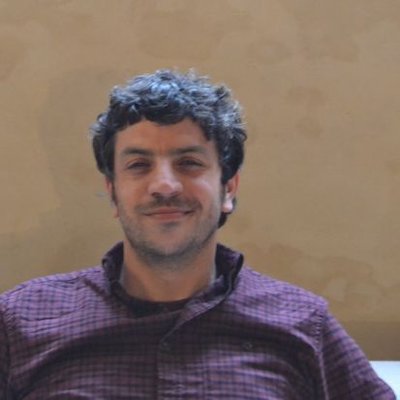