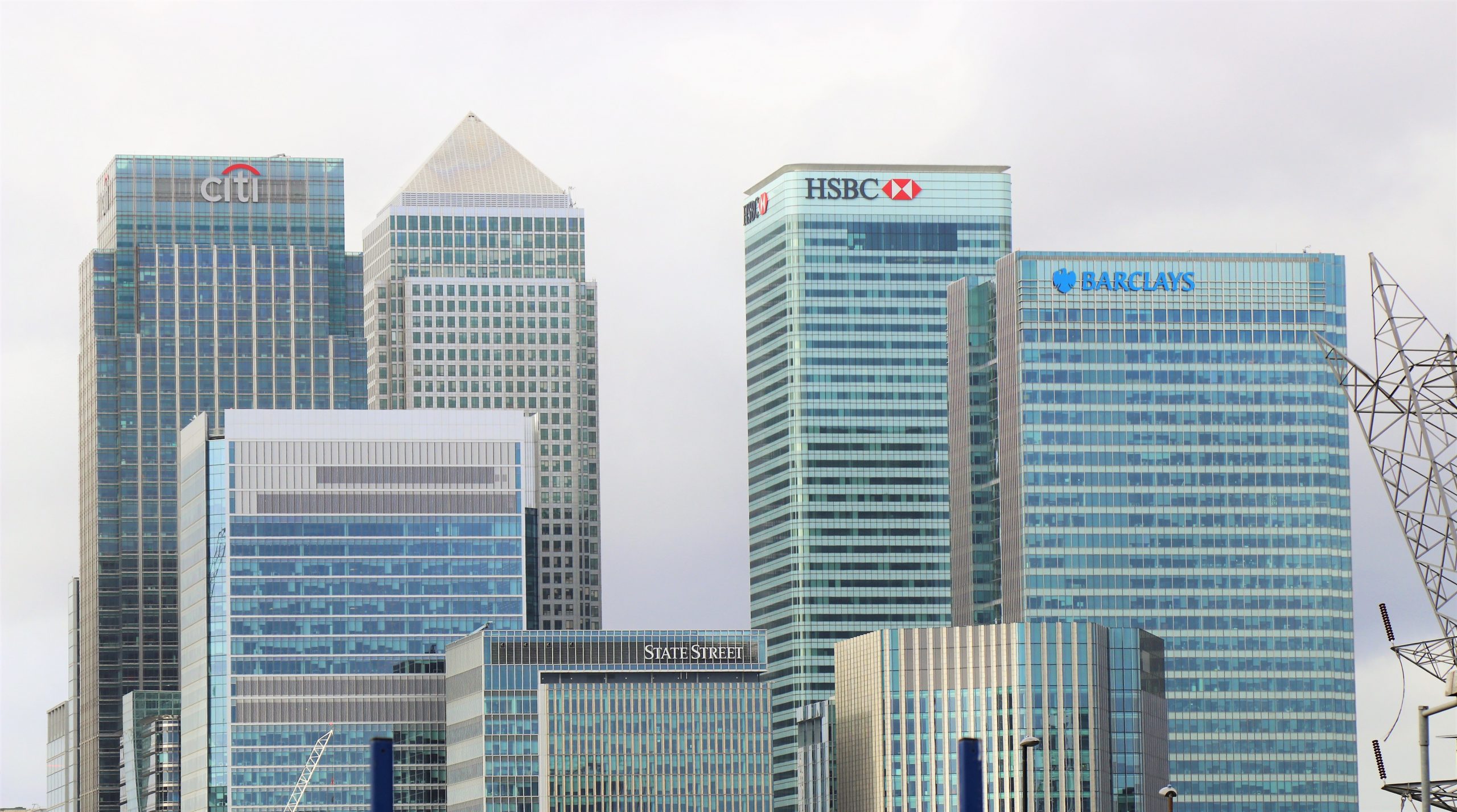 Our Friends, the Oligarchs: Financial Crime, Foreign Influence and Democracy

Germany’s attempts to penetrate the United Kingdom with spy networks in World War Two were spectacularly unsuccessful. Hastily recruited assets rushed across the Channel were spotted because of their broken English, thick accents and ignorance of pub closing times. Of the 115 German agents deployed to the U.K. during the war, MI5 identified and captured all but one, who shot himself after running out of food and money.

As war in Europe deepens, Western democracies once again confront a hostile power bent on expanding its territory. It is likely that, for Putin’s agents, the U.K. is a softer target than it once was for German intelligence. In recent years, Russian operatives have conducted lethal operations on British soil. There is evidence that Russian foreign interference played a role in the Brexit campaign. An estimated GBP 1.5 billion worth of U.K. property is owned by Russians accused of corruption or links to the Kremlin. If the Third Reich had enjoyed such a broad platform for their intelligence activities in 1939, that European war might have ended quite differently.

This dynamic is not unique to the United Kingdom. China and Russia, the two great authoritarian capitalist powers of our time, have embedded their influence in the centres of Western democracy to a remarkable extent. Former U.S. president Trump continues to express admiration for Putin, as he did in office. His businesses have benefited from close links to Russian organised crime figures beholden to the Kremlin. In Australia, intelligence agencies have publicly expressed concerns about the Chinese government’s ongoing attempts to influence domestic politics. Australian police recently charged two Queensland-based businessmen over an alleged plot to traffic military hardware from Russia to China, and intelligence sources indicated that their activity was linked to a broader Chinese spy network.

Successful Russian and Chinese campaigns of espionage and influence are the result of methodical planning by security agencies with enormous resources and no democratic oversight. Political decisions by western governments of the last fifty years have also been helpful. The 1944 Bretton Woods agreement established a global financial framework for the post-war period, with the U.S. economy and currency at its centre. The U.S. provided a fixed exchange rate to the dollar for foreign currencies. It built up the postwar economies of West Germany and Japan, which in turn provided profitable markets for its products. Bretton Woods endured until 1971, when the U.S. withdrew, leading to what former U.S. Treasury secretary Paul Volcker described as “the controlled disintegration of the world economy.”

In the period following the collapse of the Bretton Woods agreement, the United States played a different role, running enormous trade and budget deficits to fund its consumption of goods and capital from the rest of the world. The economist and former finance minister of Greece, Yanis Varoufakis, likened the U.S. economy in this period to a “global minotaur”; a devouring beast that required tributes of goods and capital to ensure prosperity and peace.  For Varoufakis, the characteristics of the era, “the rise of financialisation, the triumph of greed, the retreat of regulators” could all be explained by the workings of this model.

The global anti-money laundering framework overseen by the Financial Action Task Force (FATF) began to develop at the end of the 1980s, some twenty years after the Bretton Woods agreement ended. It reflected the neoliberal economic consensus among western nations in that period. This has had a number of important consequences.

Firstly, financial crime priorities among the developed nations have been driven by the most important stakeholder, the United States. This means that the laundering of the proceeds of organised crime, and, since 9/11, the financing of terrorism, have been of paramount interest. The wholesale expatriation of national wealth by corrupt elites has been of lesser concern. That includes the illicit asset stripping of Russia that followed the collapse of the Soviet Union and the more recent influx of capital from China.

Secondly, there has been little appetite to interfere with the mobility of global capital, and the competition between nations for that capital. Enforcement efforts have focused on criminal activity within nations. Western governments have delayed applying anti-money laundering regulations to the real estate sector, and the gatekeeper professions of law and accounting. This inaction pushed law enforcement towards cash-based laundering and domestic organised crime, while shielding kleptocrats and their western enablers.  Meanwhile, governments have pursued foreign investment and encouraged high net worth individuals to take up residency with investment visa programs. The resulting economic activity has reshaped real estate markets from London to Toronto. It was Boris Johnson who noted approvingly in 2014 that London was the natural habitat of billionaires just as the jungles of Sumatra were to the orang-utan.

Finally, the exponential growth in wealth held in offshore and secrecy jurisdictions is not effectively regulated. Vested interests must be acknowledged here. The rise of British Crown dependencies and overseas territories as offshore financial centres has consolidated London’s position at the centre of global markets. It has also helped Putin’s acquaintances. A 2018 Global Witness report estimated that the British overseas territories had received five times as much Russian investment as the U.K. itself. U.S. states competing for business have surpassed the traditional offshore tax havens as centres for the registration of anonymous shell companies. In 2020, a global ranking of financial secrecy jurisdictions ranked the U.S. second only to the Cayman Islands.

What this means is that, even as we have built the foundations of global financial crime regulation with one hand, we have hollowed out those foundations with the other. Despite this, as we have seen, the developed nations have powerful weapons of financial warfare at their disposal. These are not based on the financial intelligence and reporting framework overseen by FATF, but on the global financial enforcement capability built by the U.S. government. They include monitoring of Swift traffic, designation of sanctioned entities, exclusion of those entities from the U.S. financial system and enforcement action against banks that facilitate sanctions breaches.

Juan Zarate, author of Treasury’s War, helped develop this system as part of the U.S. Department of Treasury in the early 2000s. Writing in 2012, Zarate foresaw a time when these methods would become less effective. Zarate was particularly concerned about the authoritarian state capitalist systems of China and Russia. He saw how these nations blended economic and political interests in their foreign policy, pursuing overseas business objectives as part of a long-term plan. Meanwhile, the Western democracies were content to let market forces take the place of geopolitical strategy, placing them at a disadvantage. In 2022, we see Zarate’s concerns realised, as Germany struggles to extricate itself from energy and gas agreements with Russia, while China builds a pan-Asian network of debt finance and infrastructure through the One Belt, One Road initiative.

For both Zarate and Varoufakis, the 2008 GFC ended the era of the U.S. acting as de facto regulator and stabiliser of the global economy. The question was what was to follow. Through the Ukraine crisis, we may see the outlines taking shape. Apparently, the financial weaponry of the U.S. is still potent. European nations will act to support strong sanctions measures even when their energy markets are at risk, and London may no longer be a safe harbour for Putin’s oligarchs. These are points of light in the darkness. More work is needed to challenge the authoritarian capitalist model and counter its financial influence in liberal democracies. The Bretton Woods system emerged from a ruinous war that consumed the European continent. Perhaps a new collective order is needed, encompassing financial transparency as well as stability. The need for purposeful, global reform is at clear as it was in 1944, but the world cannot afford the war which preceded it.

Ben Scott works in financial crime compliance in an Australian bank, where he leads an intelligence team. He spent eight years as a financial intelligence analyst in an Australian state government agency specialising in asset confiscation and the investigation of organised crime. He has degrees in history and law. His academic articles have been published in the Journal of Financial Crime and the Journal of Money Laundering Control. 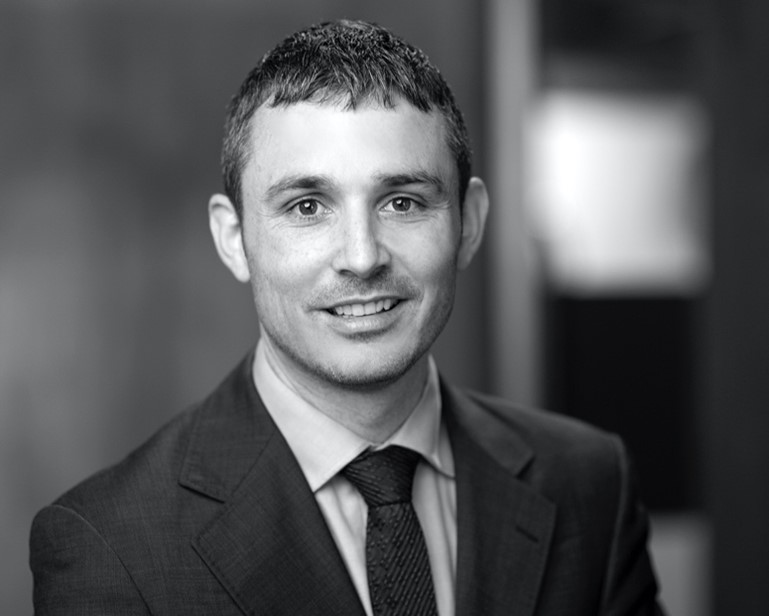 Ben Scott works in financial crime compliance in an Australian bank, where he leads an…