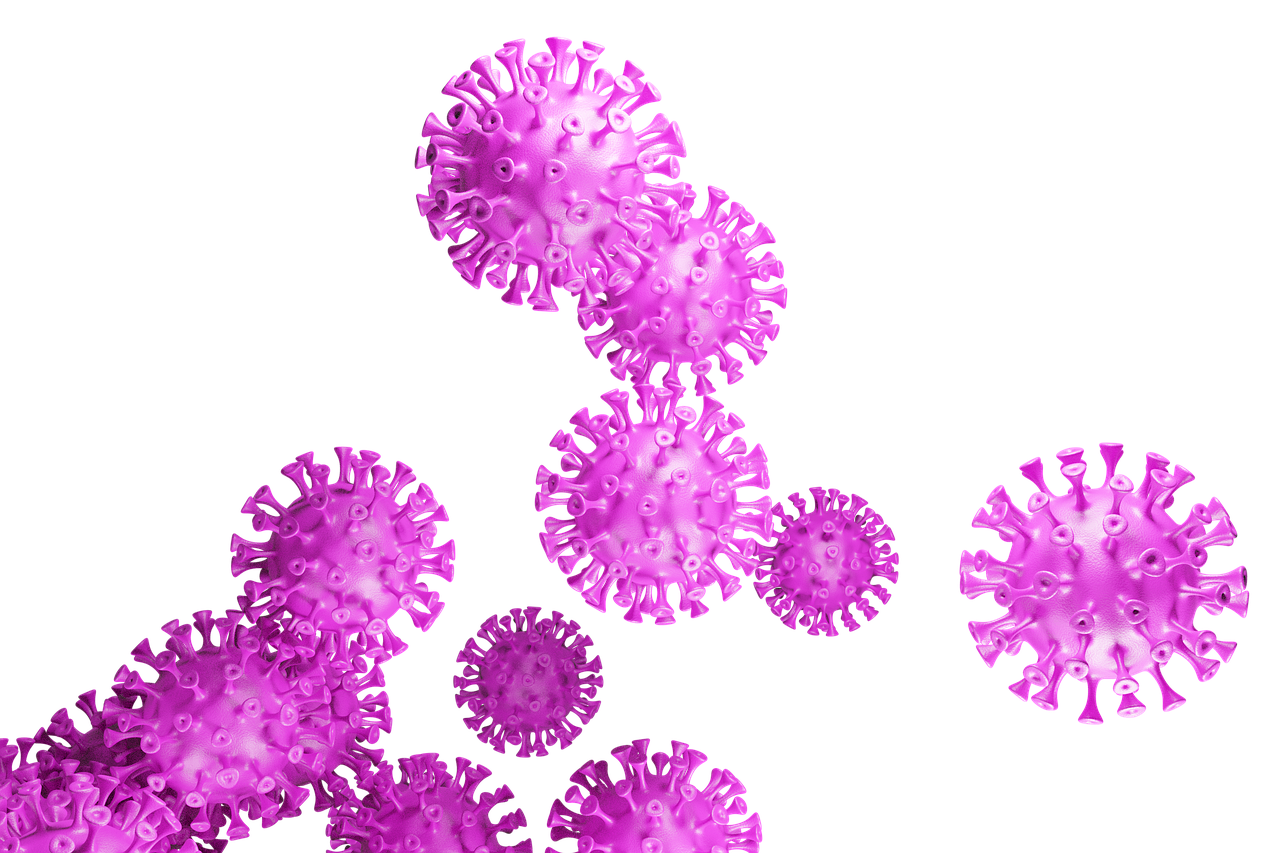 COVID-19 is already having an unprecedented impact on the UK illicit drug market, its dependent customers and County Lines in particular. Just as international drug traffickers rely on hiding in plain sight amongst high volumes of global trade, County Lines depend on free and low-profile movement within the mass population. Moving high volumes of crack cocaine, heroin and marijuana from urban centres to rural marketplaces – otherwise known as the County Lines business model – requires well-timed and highly controlled logistics. But with most people in the UK now ordered to stay at home, County Lines are having to adapt to the rapidly changing circumstances imposed by COVID-19.

This article looks at the impact of COVID-19 on the illicit market for heroin and crack cocaine, drug consumers and the County Lines business model.

When considering the market impact of COVID-19, the difference between the ‘availability’ and ‘accessibility’ of illicit drugs is pertinent. Whereas ‘availablility’ suggests the existence of drugs in the wider market and may be tied to production volumes, ‘accessiblility’ reflects the capacity to locate and fund them. This is applicable at international and local levels, i.e. are drugs still being produced and trafficked in the same volume? Are market actors – namely dealers and users – able to source and purchase them?

The global illicit drug market relies on high volumes of trade and industry for transport and concealment, but where new COVID-19 measures result in a slower pace of global trade, there are fewer opportunities to smuggle drugs in the same supply chain.  The UK may see growing shortages over time as heroin and cocaine produced on other continents are no longer able to pass through transit locations and rely upon trade and industry for familiar concealment opportunities.

During early stages of the pandemic, UK-based organised crime groups (OCGs) dealing in kilogram quantities of heroin and cocaine (for crack conversion) may struggle to shift stock from beyond storage as their onward supply chain is affected. Concurrently, daily retail suppliers are at risk of shortages. This equates to reduced access to drugs that are available, but not in free circulation.

When considering the market impact of COVID-19, the difference between the ‘availability’ and ‘accessibility’ of illicit drugs is pertinent.

A limited comparison may be drawn with the global situation in 2010-11, when up to half of the Afghanistan opium poppy harvest was blighted by fungus in 2010. This coincided with Iranian and Turkish law enforcement reporting multiple high-volume seizures of opium and heroin in the same year.

This increased the cost to UK traffickers when buying heroin and cocaine in the international market, where upstream heroin supplies had also been depleted. The outcome was an increase of the representative kilogram price of heroin in England from about £20,000 to £25,000. Prices for cocaine also rose significantly, from about £32,000 to £40,000. This occurred swiftly, accompanied by intelligence that UK and international OCGs were capitalising further by scaremongering a scarcity of both drugs, eventually leading to a second hike. Cocaine raced to £55,000 per kilogram at the height of 2011 with heroin reaching £32,000 per kilo.

During  2010-11, mid-market and retail dealers could not afford to pass these price increases to their customers, as this would not be sustainable. Consequently, wholesale and mid-market cocaine suppliers used Benzocaine and Phenacetin to bulk their stock, followed by the widespread use of Paracetamol and caffeine as a blend for heroin. Users paid the same price but received drugs at least half the previous purity.

These bulking agents remain in use within the UK illicit drug market. They are preferred by the criminals because they do not obviously detract from users’ experience. While other additives are ‘cooked out’, Benzocaine and Phenacetin survive crack conversion. Paracetamol and caffeine, meanwhile, do not clog when injected with heroin and vaporise when heated. Examples of less effective agents offer short-lived commercial benefits, often as part of an opportunist scam.

In 2010-11, the drug situation existed in a vacuum within an otherwise unchanged society, and unlike County Lines, the UK supply chain was more decentralised and fragmented. Under normal circumstances, County Lines as we know it today can control the distribution of drugs from the wholesale level onwards. Yet with new restrictions on freedom of movement, the ability to move drugs to the streets is hindered, making it likely that COVID-19 will have similar consequences. Greed and disruptions in the supply chain will also likely increase prices, similarly to those currently experienced with opportunists selling toilet rolls and hand sanitiser.

With new restrictions on freedom of movement, the ability to move drugs to the streets is restricted.

Pre-COVID-19, the representative kilogram prices for powder cocaine and heroin were around £35,000 and £20,000 respectively. Early anecdotal insights suggest that prices in the domestic market have already risen to in excess of £40,000 and £25,000 per kilogram respectively. My retail market prediction is that crack cocaine purity will fall from 75%+ to in the region of 40% and heroin from 40%+ to 20%. Despite early indications that street prices have inflated in some locations, it is unlikely that street level users of heroin and crack cocaine will suffer sustained  increases. These have remained constant for decades.

More likely is that established mid-market and street-level supply tactics will prevail. This entails reducing the size of the £10 deal for 0.1 gram to 0.08 grams. This achieves 12 deals from a gram instead of 10, generating £20 additional revenue per gram. This equates to £560 additional revenue per ounce (28 grams). Where an ounce is bulked at a ratio of 1:1, prior to division, this doubles the additional revenue and counters increases in kilogram prices. Instead of price hikes at the consumer level, we should expect the market to mirror the 2010-12 trend, where maintaining supply and profit margins, not quality, was the priority.

Maintaining supply and profit margins, not quality, will be the priority.

For the reasons outlined above, COVID-19’s impact upon County Lines is not just about consumer access to heroin and crack, but also its potency. Whilst heroin is an addictive drug, requiring a typical daily consumption of around two 0.1 gram doses, the craving associated with crack does not conform to a timetable. It is notable that forensic data and insight from drug treatment services in 2010-11 confirmed that although reduction in purity was reflected in quality assessments by drug users, there was not widespread dissatisfaction until purity diminished towards 10%.

Yet this fluctuation in purity – whether up or down – poses a direct risk to consumers. Users injecting high purity heroin are at risk of overdose, following a period of low purity use. Irregular and diluted supplies of heroin, which we are likely to see because of COVID-19, elevates this risk. Disruption in daily supply of heroin and crack will also cause highly challenging withdrawal symptoms. Many customers are poly-use dependent, as well as self-medicating on illicitly acquired prescription medicines and other illicit substances – all of which are likely to become less accessible and/or more expensive.

Without stereotyping dependent drug users, the following are examples of how the cost of drug use is funded:

Opportunities to engage in these activities are restricted by ongoing COVID-19 social distancing measures, self-isolating, reduced free movement and opportunity in the case of retail theft and begging. It is also likely, as the most exploitable actors within the illicit drug market, that dependent users become increasingly vulnerable to abuse; particularly those engaged in sex work or those with drug-related debts.

Instances of opportunist crime, including street robbery and burglary of unoccupied commercial and residential properties may also increase, as may pharmacy burglaries, for medicines, if heroin and crack supply dwindles.

With some users turning to prescription alternatives for heroin, County Lines may place even greater emphasis on crack cocaine

Many dependent drug users will require greater mental and physical health support from treatment programmes and counselling services during this period. They will also require increased safeguarding. These are the same services and programmes that have suffered interruptions themselves due to COVID-19.

Anecdotal evidence suggests there has also been a widespread increase in dependent drug users seeking support from treatment services. A greater number of patients acquiring prescribed medicine, as an alternative to illicit heroin, will reduce the volume of that market. This may encourage County Lines supply chains to place even greater emphasis on crack cocaine, for which replacement prescriptions are not an option.

County Lines successfully controls drug markets by operating transient workforces capable of regularly replenishing drug supplies, carrying back the cash profits. In the short term, those with mobile roles in County Lines will need to adapt their ways of operating during current lock-down conditions. This may include exploiting ‘daily exercise’ as an excuse, particularly during high demand periods for dependent drug users, who become most active before 9.30am and from 3.30pm to 6pm. Cycle rides and dog walking provide feasible cover for drug supply.

It is also feasible that older group members will explore options to justify their movement by claiming they are on route to essential work – including the potential of wearing fake or stolen branded work clothes. Other opportunities to justify public presence include operating within areas permitted to receive crowds, such as supermarket and hospital car parks, particularly those close to town centres. The pressure upon workers, from their controllers, will inevitably direct or influence new and innovative methods.

Many dependent drug users require greater support during this period, but these are the same services and programmes that have suffered interruptions themselves due to COVID-19.

The most likely impacts of COVID-19 include:

The situation for those working within County Lines will also change. Those already vulnerable and exploited will become potentially more so. The ‘terms’ of employment for others could change rapidly. Examples include:

COVID-19 has forced all business models in the UK to adapt. County Lines is no different.

It should be noted, however, that anecdotal evidence suggests County Lines activity has actually decreased in volume in some areas. As in legitimate businesses adapting to the reality of COVID-19, this is a natural consequence of disrupted supply chains. There is also indication that fewer workers are prepared to travel into distant markets. This will not, however, reduce the risks for many; it will simply transform them. Reports are also emerging that local level County Lines activity has become easier to recognise by the police, increasing the likelihood of arrest.

Parents of children working within County Lines are familiar with the extreme pressures of controlling and accounting for their child’s whereabouts. Lockdowns and curfews will unlikely resolve this challenge. If County Lines places greater focus upon using local runners, additional burdens   fall upon parents and carers to try and enforce the lockdown. Children, in particular, are at increased risk of being groomed into local County Lines and operating without going missing. Working in the local market requires specific presence but without long-term disappearance. New patterns of absence are therefore important to recognise.

Children, in particular, are at increased risk of being groomed into local County Lines and operating without going missing.

There are also early instances of County Lines workers returning home. This may be short-lived, as when business resumes or remedies are found to COVID-19 obstacles, the same workers are at risk of being lured or coerced back.

Moreover, County Lines has proven to be a business model that exploits and uses fear, alongside digital technologiesto control and monitor its workers. There is no indication this will change due to COVID-19 measures. People at risk will remain at risk. How that manifests may change as circumstances develop.

COVID-19 has forced all business models in the UK to adapt. County Lines is no different. What is sure is that consumer demand for heroin and crack cocaine will remain high; a pandemic is not a cure for addiction.

The views expressed in this article are those of the author(s) and do not necessarily reflect the views of RUSI or any other institution. The author wishes to thank the contributors to this article.

Read Part 1 in this series: County Lines as a ‘Choice’ and an ‘Opportunity’ 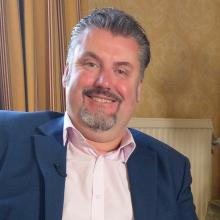 Tony is a Threat, Risk and Harm consultant, with 30 years of experience in law…