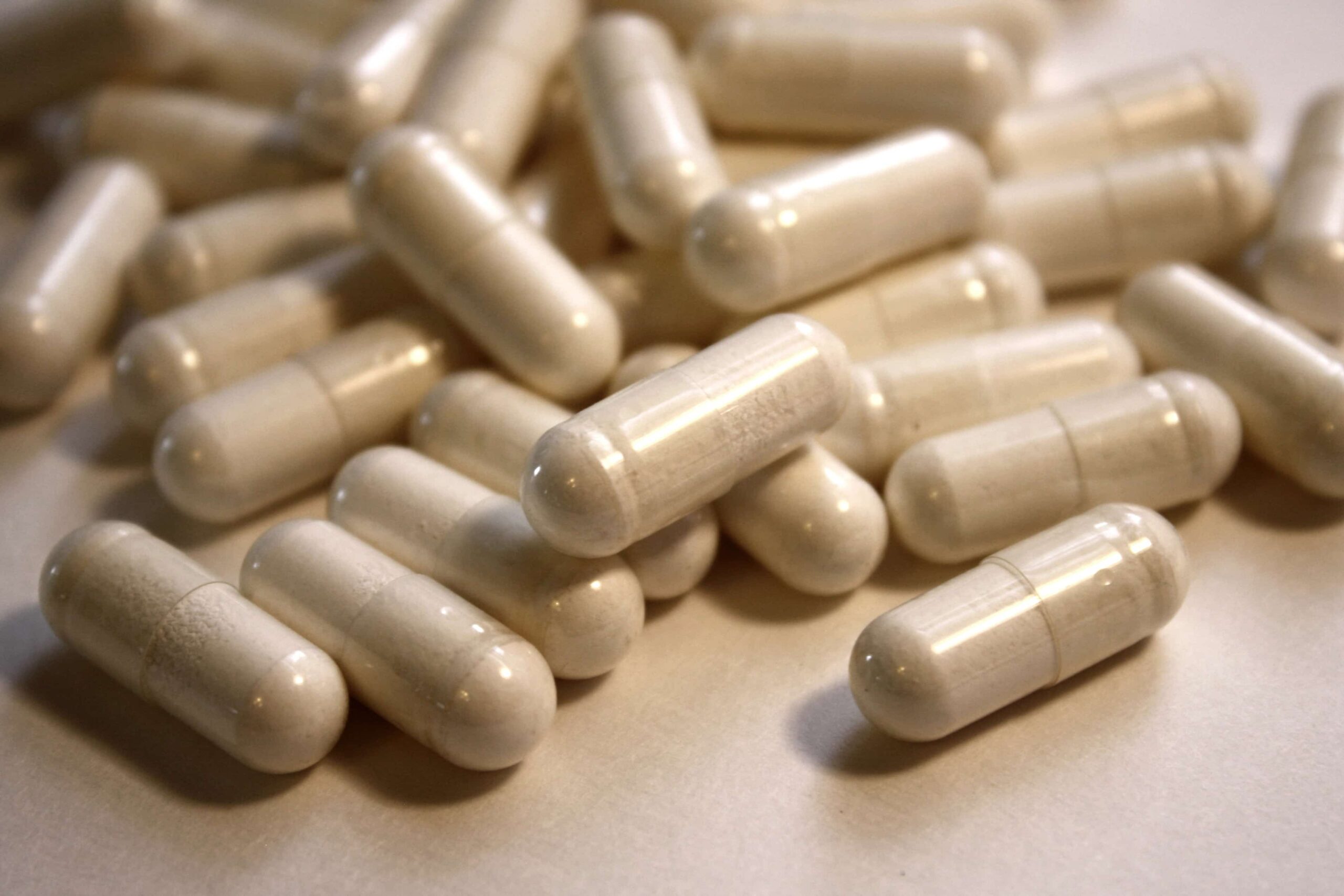 Across the world, organised crime groups have wasted no time in capitalising on new opportunities presented by COVID-19. The intersections between organised crime and the virus are plentiful: while the illegal wildlife trade and deforestation are instrumental to how the crisis began, counterfeiters and drug traffickers have seen their supply chains temporarily collapse. A combination of public panic buying and genuine demand from the medical community has presented an immediate boon to those groups involved in medicine trafficking.

This sudden surge in COVID-19 related criminal activity – from fraud to illicit trade – should remind us that health and security are but two sides of the same coin. Indeed, the current crisis is an important opportunity to appreciate the relationship between global public health and organised crime. Without this understanding, we will fail to become more resilient when the crisis is over.

While it has not been established exactly where and how the Coronavirus spread, research suggests that like previous pandemics of the same type, wildlife was used a springboard to jump to humans. Although unconfirmed, some early scientific analysis suggests that pangolins, a CITES-listed species may have been the key vector for transmission. Destined primarily for Asian marketplaces, pangolins are the world’s most trafficked mammal. As RUSI’s research has shown, the illegal wildlife trade is driven by organised crime, with criminal revenues estimated at $7-23 billion per year.

Similarly, a vast proportion of deforestation worldwide is attributable to the activities of powerful criminal syndicates. Illegal logging is a well-known engine of habitat destruction, as well as an accelerator of climate change – a public health issue of its own global magnitude. Yet less is said about the fact that retracting forests put humans in dangerous proximity with unknown and potentially deadly pathogens. Despite its estimated annual retail value of USD 52 to 157 billion, ‘forestry crime has not generated nearly as much official scrutiny or media coverage as trafficking in drugs, humans and weapons.’

Being a medical emergency, COVID-19 has provided particularly lucrative opportunities to those criminal networks engaged contraband and counterfeit medicine trafficking. According to an OECD-EUIPO report released earlier this week, the international trade in counterfeit pharmaceuticals reached USD 4.4 billion in 2016. Most concerningly, those who use fake medicines are often unaware: one 2018 OECD study suggests that around 90% of Italian consumers who purchased counterfeit pharmaceutical products did so unknowingly, believing them to be genuine. This means the ingredients in many fake medicines are harmless at best, or lethal at worst.

The demands and desperation created by COVID-19 will only increase the size of many of these criminal markets.

The demands and desperation created by COVID-19 will only increase the size of this criminal market. According to INTERPOL, the outbreak has already caused a dramatic upsurge in the sale of products such as illegal antiviral medication and substandard hand-sanitizers. Surgical masks constituted a significant proportion of the total 37,000 unauthorized and counterfeit medical devices seized during Operation Pangea XIII, a global annual INTERPOL-led operation held between 3 and 10 March 2020.

Against this backdrop, we can perhaps draw at least some comfort that the virus is erecting unexpected barriers for other criminal networks. Nowhere is this more significant than in the illegal drug trade. Several reports indicate that emergency global travel restrictions are impairing the ability of drug traffickers and other smugglers to move their merchandise. Reportedly, one Mexican cartel is ‘struggling to source’ the chemical precursors made in China that are needed to make fentanyl, an synthetic opioid that has caused thousands of deaths in the US. With the cancellation of most regular commercial flights across continents, law enforcement authorities may also find it unexpectedly easier, for the time being, to track down drug consignments as they are increasingly trafficked via clandestine airstrips.

Post-COVID-19: a return to business as usual?

Still, this too shall pass. The fact remains that at some point the pandemic will come to an end, and normal life will resume. And then, not only will organised crime go back to business as usual by relying on restored global transportation networks, but governments will have to take back into their hands a whole range of critical topics that have remained ‘frozen’ for a while.

When this happens, the world’s economy will likely be in recession. Predictably, scarce government resources will be devoted to increasing resilience against the next outbreak. No country will want to find itself unprepared again. In the short term, the overarching goal will be to support national health systems, while providing new physical and financial safety nets for quarantined populations and laid-off workers.

In the medium term, however, one of the issues that will inevitably re-claim its place on the global agenda is the need to combat the stronger than ever threat from transnational organised crime.

This sudden surge in COVID-19 related criminal activity – from fraud to illicit trade – should remind us that health and security are but two sides of the same coin.

Here, the pandemic presents an opportunity. Similar to the conceptual breakthrough created by 9/11, when the ‘wall’ between intelligence and law enforcement agencies came down in the US, policymakers will have the unique opportunity to unlock health and security agendas from the silos in which they have been confined for too long. By doing so, they will be recognising that public health cannot be secured by focusing on health-related measures alone.

Many of the foundations for this conceptual shift already exist. Over the past few years, several governments have designed national strategies to protect their critical infrastructure, including in the health sector. Most of these strategies adopt an ‘all-hazards’ approach, recognising the value of a single institutional and operational framework to cope with both natural and man-made threats.

What the world is experiencing today is also a matter of preparation for the potential disruption of man-made viruses. This threat is neither new or far-fetched, as illustrated by the 2004 UN Security Council Resolution Res 1540 which expressed grave concern about the risk that non-state actors may acquire, develop, traffic in or use biological weapons. Our global response to COVID-19 demonstrates the real-life complexity of ensuring inter-agency coordination, emergency planning and disaster response on an unprecedented scale. This experience should help us identify bottlenecks, institutional fragilities as well as systemic weaknesses in the way we deal with organised crime, whether it is instigated by a natural disaster or a human-induced threat.

When crime prevention resources are employed wisely and strategically, they represent an important lever to mitigate the impact of new catastrophic health emergencies.

At a systematic level, we can go further: by taking strong and coordinated action to confiscate criminally held assets, we could allocate a substantial part of those ill-gotten gains to empower the fragile, under-staffed and under-equipped health systems that we so badly need. This could provide a real boost in resilience-building efforts. Countries should also take a more vigorous stance to address organized crime’s infiltration in public tenders in the health sector, which lead to sub-optimal delivery of health services and, through corruption, raise the cost of building high-quality infrastructure such as hospitals.

The next leap forward is to act on the understanding that post-crisis investment in health protection efforts should not come to the detriment of resources allocated to tackle the most serious forms of organised crime and terrorism. Quite the contrary. When crime prevention resources are employed wisely and strategically, they represent an important lever to mitigate the impact of new catastrophic health emergencies.

Stefano Betti is an expert on transnational criminal law and policy. You can find out more about the author on his SHOC member page. 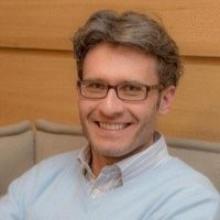 Stefano Betti is an expert on transnational criminal law and policy. In addition to being…