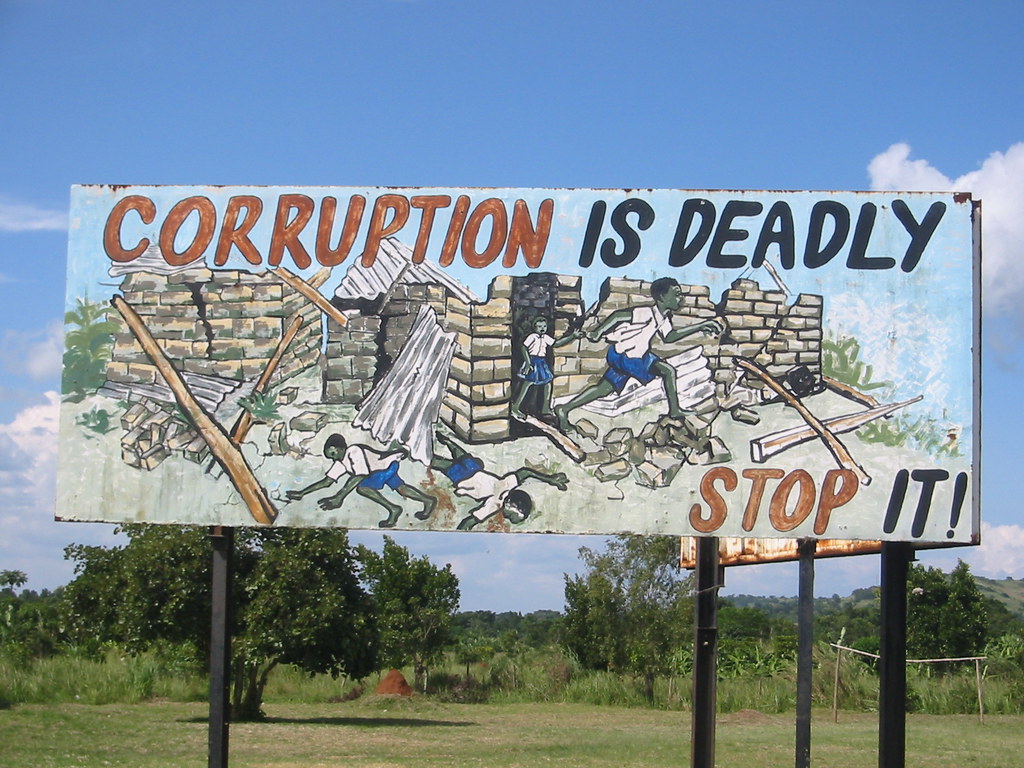 Corruption is discussed and debated in a variety of contexts, but no definitive definition of what corruption looks or feels like exists. In addition to difficulties of definition, as well as the often-politicised nature of the debates around the issue, conducting research related to corruption poses its own unique set of challenges.

In part, the challenge stems from the fact that corruption is a multifaceted social phenomenon. It is often inextricably connected to the fabric of many areas of society, and can be a difficult topic for many communities to discuss. My own recent research dealing with perceptions of corruption in the Russian construction industry highlighted many challenges facing researchers interested in studying these issues.

The research sought to investigate the role of networks and socialisation within a culture of corruption. It would do this by examining how corruption was perceived by participants in the Russian construction industry, asking them what factors contributed to corruption and what kind of new anti-corruption measures might be viewed as effective. The aim was to fill a gap in the literature on anti-corruption measures within the context of Eastern Europe and Russia. This literature frequently centers on neo-liberal policies of privatisation, liberalisation and democratisation, and more specifically on the need for stricter legislation, pay rises for government officials and transparency and accountability of government proceedings. While many of these measures are useful, the discussions of corruption cannot be separated from both particular national and industry contexts, as well as the interplay between formal rules and informal norms. This is the interplay I sought to examine.

The research sought to investigate the role of networks and socialisation within a culture of corruption.

In the summer of 2016, I conducted 31 semi-structured interviews with directors and controllers who had been involved with various construction projects in the city of St. Petersburg, Russia. These professionals were chosen because they interact with upper-level management, as well as workers carrying out construction projects, exposing them to a variety of issues faced by various players within the construction industry. The interview sample – attained by using a snowball sampling method, where each initial interviewee was asked to recommend a further contact – represented the vital ‘middle link’ within the ranks of construction professionals, capturing a variety of perspectives across the industry.

The city of St Petersburg was chosen because, as the second largest city in Russia, it has a wide variety of construction projects underway at any given time. A semi-structured interview technique was used, as respondents were perceived to be more comfortable answering questions from someone they had a chance to meet rather than simply filling in an anonymous survey. This interview format also provided an opportunity for clarification when it came to certain questions and enabled me to observe and interpret non-verbal clues. This style of face-to-face interview helped me to gain a more holistic understanding of the situation. As the interviews were conducted in a highly politicised environment, the research was conducted anonymously, and maximum efforts were made to avoid exposing individuals and/or companies that may have participated in corrupt practices. Interviewees were instructed not to give their names or identify any person or entity in their responses.

My intention was to keep to a tight schedule while interviewing, but I quickly found that the nature of an in-person conversation did not lend itself well to getting through my list of interview questions. With the exception of one female, the individuals interviewed for this study were male, reflecting the fact that the construction industry in Russia is a historically a male-dominated industry. In addition to challenges associated with finding female voices to contribute to this research, my own voice was frequently questioned by my interviewees. I was repeatedly asked why as a female was I interested in such sensitive topics. My explanations connected to academic theories and important societal issues for the most part did not leave those questioning my choices satisfied.

Some conversations that seemed to be going nowhere sometimes contained surprising revelations in terms of what was not being said.

As I conducted the research, I learned to be more flexible in my project plan. I also learned that some conversations that seemed to be going nowhere sometimes contained surprising revelations in terms of what was not being said. For instance, one of my interviewees was very brief in regard to all his answers, until a question in regards to protecting whistleblowers was asked. He then went into a very detailed answer in terms of what gaps existed when it came to whistleblower protection. Overall, talking about corruption seemed to generate a great deal of frustration and hopelessness in some of the people I was interviewing.

Some suggestions for changing corrupt norms and practices were put forward by the interviewees, but they were frequently accompanied by the caveat that ‘None of these things will make a difference’. One of the interviewees, in a fit of frustration, stated that in order to address corruption in the Russian context, including corruption within the construction industry, ‘all cultural heritage has to be erased’. He went on to comment that,

“whatever we try to struggle against ends up consuming us all. It starts as early as schoolchildren being taught to act like a herd and to adjust to a corrupt environment. So, in order to fight corruption, it is almost like we need to raise a different kind of an individual”.

Ultimately, one of the greatest challenges of conducting research on corruption for me was trying to understand how a ‘cultural reorientation’ of informal norms away from accepting and justifying corruption can be accomplished and how to translate this anti-corruption ethos into formal governance. It became clear that what was needed to achieve a greater reconciliation of formal and informal rules was a cooperation of a multitude of players. In other words, government regulators have to be willing to work with construction industry professionals, labour groups and consumers when designing policies and regulations. Only a true partnership will reduce opportunities for corrupt practices.