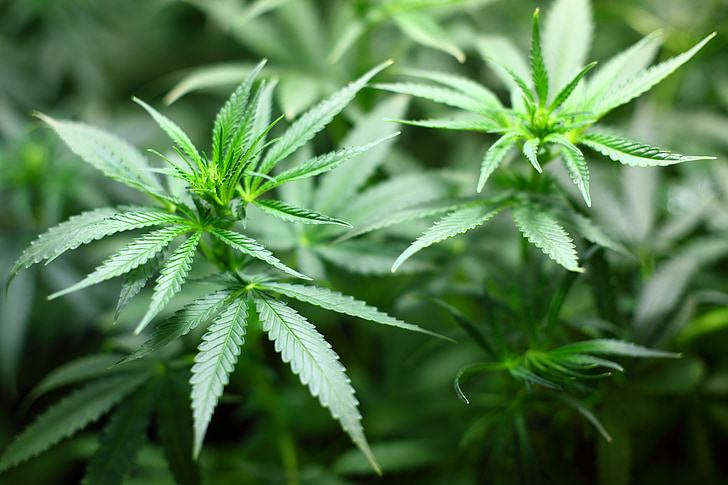 Seeing Through the Havana Peace Agreement’s Approach to Drug Policy

When Colombia’s ex-president Juan Manuel Santos left office in June 2018, his country boasted of over 209,000 hectares of coca leaf – the most it has ever had. Santos’s political opponents blame him for the boom in coca cultivation, claiming that at the end of his predecessor Alvaro Uribe’s administration, the number of coca hectares had decreased to a historic low.

During his time in office, President Santos distanced himself from the prohibitionist approach that previous Colombian governments have typically adopted since the advent of the country’s reputation as a hub for international drug trafficking in the 1970s. In the time of Alvaro Uribe’s administration, the logic of Colombia’s drug policy was simple: in order to stop cocaine production, the coca leaf must be eradicated. As a consequence coca leaf growers – mostly peasants – became the main target of enforcement activities. Aerial eradication and forced eradication became key pillars of the international war on drugs, and a growing budget dedicated to the army and the police became a national staple in concerted fight against the production of coca. Whilst Uribe’s administration managed to reduce the coca crops, Colombia remained the world’s most important cocaine producer and violence related to drug trafficking remained high.

The persistent issue of coca in Colombia is the result of several factors, including the nation’s social inequality. In Colombia, wealth is concentrated in the upper urban classes whilst the rural areas remain impoverished. In several regions, growing coca crops is a peasants’ only source of income. Colombia has a strong central government allowing the development of the capital and the main cities of the Andean region, but territories such as the Pacific coast and the Amazon basin have been forgotten. As a consequence, these regions lag behind the rest of the country, and the long-running internal armed conflict involving left-wing guerrillas, right-wing paramilitaries and state forces continues.

Armed groups have historically controlled the territories where coca leaf has been cultivated. For decades, one of the key players in coca production was the former guerrilla group, the Revolutionary Armed Forces of Colombia (FARC) – now a political party in accordance with the terms of the Havana peace process. FARC leaders have argued that their only involvement in the drug business consisted of imposing a tax on the sale of coca to ‘protect’ coca farmers and to ensure stability in the region, but the government, by contrast, has always considered the guerrillas to be much more involved than the group likes to admit. For the government, the FARC control cocaine routes by establishing alliances with ‘pure narcos’, in other words organised crime groups without a political agenda, who are not eligible to claim any political rights. The FARC’s degree of involvement in the drugs business is still a question of extent. Indeed, there can be no doubt that after the 1980s, FARC’s finances increased radically, allowing them to strengthen their military structure to the extent that the state was in danger of being overrun by the late 1990s.

For this reason, part of President Santos’ solution to the problem of coca cultivation and drug trafficking was to enter into a peace deal with the FARC. After four years of negotiations, an agreement was signed in 2016. Under the agreement, the FARC made a commitment ‘to contribute in an effective manner, with the greatest determination and in different forms and by means of practical actions, to the definitive solution to the illicit drugs problem, and in an end-of-conflict scenario, terminating any relationship which may have arisen with this phenomenon as a result of the rebellion’. The approach established in the agreement prioritises measures that reduce harm and risk. Santos also changed the ‘security paradigm’ by recognising the existence of coca crops as the product of the precarious social and economic conditions of peasants living in impoverished rural areas. The agreement also commits financial resources to alternative development programmes and to integrating the community on the objective of the destruction of the coca crops.

In line with the agreement, the Santos administration prioritised voluntary crop substitution and alternative development programs over aerial and forced land eradication. Unfortunately, there is little evidence that this policy has been effective. In 2012, coca crops were estimated to cover 48,000 hectares; by 2016 this had grown to 146,000 hectares, and the numbers continue to rise. There are two possible explainations for this increase: first, the farmers might have been encouraged by FARC to plant more coca in order to receive the benefits of the agreement – a payment for the destruction of coca crops, participation in alternative development programs; second, the reduction of aerial eradication by the government might have led to increased cultivation. Reduced reliance on aerial eradication is due to both the possible harmful effects of the chemicals used, but also an attempted to reconciliate with peasant coca farmers.

This inherent lack of trust between the state and local communities is a major barrier in the drug control strategy. For decades, politicians have promised progress but no real changes have occurred. Consequently, many communities are then skeptical about destroying the coca crops representing their main source of income. According to the Foundation Ideas for Peace – a local Colombian research centre – four further elements are needed to build trust: the guaranteed protection of local communities from violence; food security; the generation of quick income; and the creation of social infrastructure. To date, the government has not fulfilled these commitments: local social leaders have been murdered; families are still waiting to receive transition payments to tie them over until they can earn enough to live off substituted legal crops; and the roads are still in poor condition, making it almost impossible to sell their products on the local markets.

Although the peace process with the FARC has not yet produced the expected results, it is the first time that a programme has recognised the importance of improving the social conditions of people living in rural areas. Of the 180,000 families registered as coca leaf growers, 54,000 have started the programme, and 28,660 are receiving a monthly income of 1 million Colombian pesos (around USD $330). However, 183 towns have been identified as having coca crops, but the government has only launched the program in 32 towns. Nevertheless, they represent 52% of the coca crops in the country.

If insanity is doing the same thing over and over again and expecting different results, then the new administration under President Iván Duque Márquez must forge ahead with the innovative drug policies outlined in the Havana agreement. To be sure, they must not return to the preventionist tactics of the past 30 years. Success should be measured by an end to the violence accompanying drug trafficking, not just the eradication of coca crops. Nonetheless, to implement the policy in the community’s affected, state forces must take control of the territories left by FARC, and must combat the FARC dissidents that keep on trafficking. The Havana process deserves a chance. Now, the proof will be in the implementation.

Julian Fernandez is a PhD. in political science from the University of Sorbonne (Paris 1 Panthéon -Sorbonne); Master’s in international Relations at the same university (thesis laureate); and bachelor’s degree in economics and International Business at the University ICESI (Cali, Colombia). His PhD thesis deals with the conflict in the adaptation of the international norms on drugs within the Colombian legal system. He is interested in the sociology of international norms, international drug control policy, conflicts of legal pluralism, analysis of foreign policy and indigenous mobilizations. Fellow of various organizations among them: the Mediterranean Shipping company MARMEDSA, COLFUTURO, ECOPETROL, the Regional Council of Ile de France and The International Society for the Study of Drug Policy.