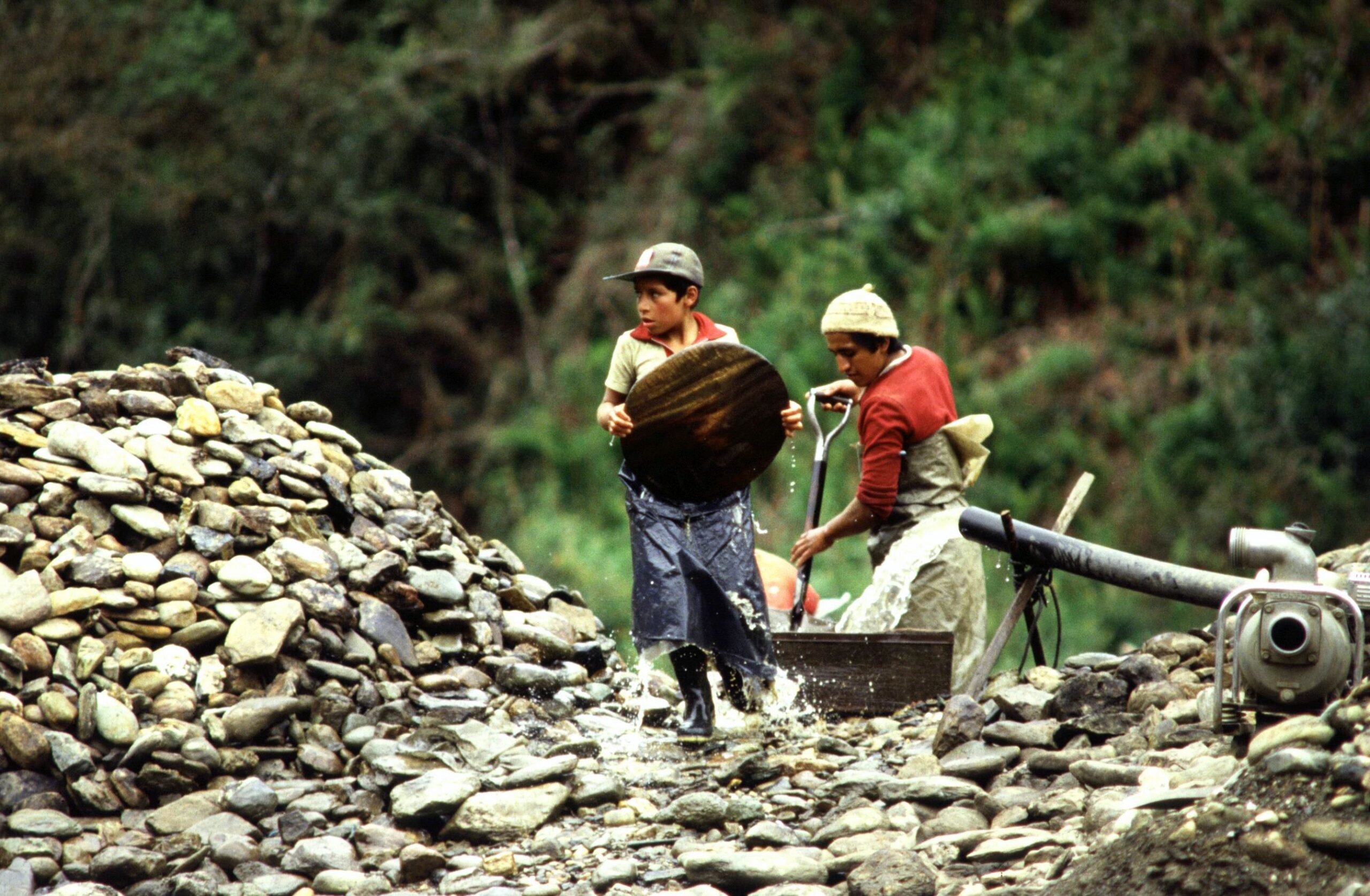 On 25 March 2019, RUSI’s Strategic Hub for Organised Crime Research (SHOC) – in collaboration with the Centre for the Study of Modern Slavery at St Mary’s University, Twickenham and the Catholic Bishop’s Conference of England and Wales – convened a conference to explore the role of faith-based organisations in addressing modern slavery and human trafficking.

Faith-based organisations (FBOs) are often on the front line in the response to modern slavery, both in the UK and internationally. Their involvement ranges from advocacy and awareness raising through to support and reintegration of survivors. However, the work and impact of FBOs on this issue has so far been under-explored, as has their relationship with other key actors also focused on anti-slavery activity – particularly the police, policy makers and other FBOs. The purpose of this conference was to bring together FBOs, law enforcement agencies, government/policymakers and other non-governmental organisations (NGOs) to discuss the current achievements of FBOs in their line of work against modern slavery and in their collaboration with others, as well as the challenges they face and the scope for further engagement. The conference opened with presentations by four senior panellists followed by a moderated discussion involving all conference participants.

The four panellists began by giving their thoughts on the faith-based contribution to anti-slavery action, which brought to light the following unique strengths offered by FBOs: trust, ‘micro-level’ experience, and convening power. It was noted that since many FBOs work on the ground, they have often gained the trust and confidence of communities where other actors, such as law enforcement and government, have not. In an example of successful collaboration with law enforcement in the UK, it was stated that FBOs have at times played a crucial role in engaging with and securing disclosure from victims in situations where authority figures were mistrusted. This in turn led to protection for the victims and valuable intelligence, which was later used for the criminal investigation of perpetrators.

Similarly, being unrestricted by policy needs or priorities, FBOs have been able to dedicate time to victims and their needs during their personal journey from victim to survivor, enabling better long-term outcomes. This community-level experience also puts FBOs in a position to detect and understand vulnerability to modern slavery, which could in turn provide crucial evidence to both inform law enforcement response and hold governments to account. Successes in collaboration between FBOs and government were also mentioned: government authorities worked with FBOs both at a bottom-up level, where work with victims and returnees was crucial, and at a top-down level, where FBOs and religious leaders provided strong voices that could influence modern slavery legislation, as well as action at the international level. Indeed, several examples were given of occasions where FBOs have played an integral role in influencing legislation around modern slavery in several countries.

The ability of FBOs to unite voices around the global issue of modern slavery was also underlined as a crucial contribution that FBOs could make. The convening power of FBOs allows ‘intentional communities’ to be created that span local, national and international levels, and provides ‘stewardship’ that is passed down through generations. This ensures a continued response to an issue that otherwise might be subject to the variable priorities of changing governments. Moreover, like many charities and NGOs, FBOs can step in when the State is not present or has ‘retreated’ from providing the necessary support for victims and survivors of modern slavery. This was noted, for instance, in relation to the pre- and post- stages of the National Referral Mechanism (the UK system of identification and support for victims of modern slavery), where FBOs often provide the continued support or ‘accompaniment’ either unavailable to the victim or a highly disruptive, sometimes traumatic, process.

While there were many success stories, panellists and participants discussed the various challenges to further contribution by FBOs and more effective collaboration. It was acknowledged that globally, the anti-trafficking movement and discourse around modern slavery is often Christian-led, and that there is a lack of representation of other faith groups in this debate, highlighting the need for greater inter-faith collaboration. A lack of sharing of knowledge and best practice between faith groups often hinders effective responses, particularly when the response to human trafficking needs to span a number of countries, nationalities and faiths. While there is an increasing amount of information sharing between FBOs, NGOs, law enforcement and government, there still remains a lack of trust, particularly when organisations are not aligned in their approach to individuals and their views on, for example, whether somebody should be treated as a victim or, conversely, a criminal suspect. This in turn weakens trust in all involved actors for survivors – an issue that remains significant and that hinders disclosure, and consequently protection and prosecution.

Furthermore, it was noted that while FBOs often carry out many different aspects of anti-trafficking work, they are, like other organisations, at occasional risk of going beyond their remit and expertise in trying to address issues. This could prove to be counterproductive and diminish their credibility in the eyes of other actors and policy-makers. However, in the UK, the response to modern slavery is perceived as too ‘Home Office and law enforcement-led’, and government often relies on FBOs for awareness raising but not for their wider expertise.  It was thus suggested that it is crucial FBOs are given the space to contribute to policy through the expertise and knowledge they can provide from the community-level, perhaps in a more structured way than at present.  Participants also noted the need for a fully joined-up cross-government approach to modern slavery and human trafficking.

How to improve the contribution of FBOs

Panellists agreed that FBOs should maintain their values-based focus on and their accountability for each individual, while also ensuring they develop professional project-delivery skills, which would improve their ability to participate in government discussions and initiatives. This would in turn increase their ability to raise funds and enhance their impact. It was noted that one of the most important roles of FBOs is in providing a ‘safe space’ for individuals while they move through the criminal justice system, through which many become ‘lost’ due to a lack of consistent support. Here, there is opportunity for FBOs to take on a greater role. It was asserted by one panellist that FBOs should monitor the commitments promised by the government on modern slavery, and accordingly use their convening power to campaign and hold government accountable when commitments have not been followed through. FBOs should also be given space to contribute to policy debates regarding modern slavery, so that information gathered ‘on the ground’ (micro-level) could better inform government policy-making, ultimately improving the macro-level response.

Moreover, FBOs could provide a voice to challenge the discourse and language around modern slavery. For example, by proposing the term ‘women involved in prostitution’ rather than labels such as ‘prostitutes’, and highlighting the ‘exploited child victim’ often hidden in the discourse on County Lines. FBOs, the police and government should all have a consistent understanding of key definitions and terminology, to improve the prospects of an effective response. The position of faith leaders within communities should also be harnessed to a greater extent in terms of discourse, not only as influencers in raising awareness amongst the communities, but also as conduits in exchanging information – while respecting confidentiality – between potential victims, their networks, and law enforcement.

It was also suggested that FBOs could focus on the increased use of new digital technologies in enhancing their efforts on the modern slavery agenda, in addition to greater scope for FBO activity on the issue of transparency and meaningful accountability in relation to supply chains. This was both in terms of lobbying for more effective action by businesses, and in regard to the potential contribution of individuals from faith communities working in such organisations.

Anne-Marie Barry is a Research Associate for the Centre for the Study of Modern Slavery, based at St Mary’s University, Twickenham.