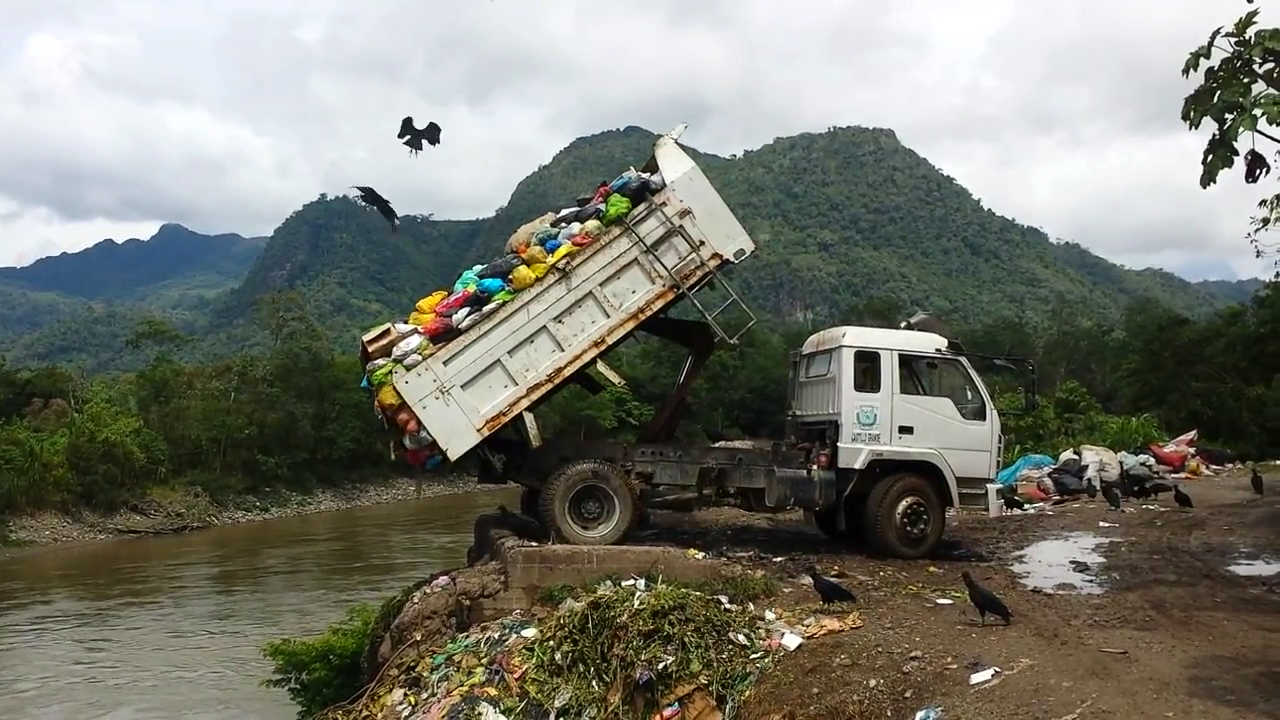 On the 4th of February 1991, Mario Tamburrino was unloading barrels from his truck when a life-changing accident occurred: the truck driver was transporting 571 industrial barrels with toxic waste from Piedmont in Northern Italy to Naples in the South when some of the liquid inside came into contact with his eyes. Brought to a hospital in Naples, Mario fabricated a story to conceal the substance and conditions surrounding his accident. With little choice but to believe him, doctors simply classified the case as poisoning from an ‘unknown substance’. Yet far from an isolated or random industrial accident, on this day, for the first time, the Italian police finally became aware of the criminal business niche the Camorra had developed for themselves in the mid-1980s: the dumping of illegal toxic waste.

Since then, millions of tons of toxic industrial waste has been dumped in Campania, a region which the Romans once called campania felix because of the fertility of its soil. As a result, people living in Campania are exposed to increasing levels of toxicity in their soil, originating from compounds including asbestos, zinc, lead, germanium, arsenic, mercurium, chlorine, cadmium, chromium, dioxin and uranium. These toxins are found in the waste that is produced in hospitals, mining, agriculture, petroleum refining, textile, nuclear, chemical, construction and food processing industries. Historically, the blood tests of people living in Campania have shown alarming levels of dioxin. Individually toxic, these chemicals are particularly lethal in combination; they are carcinogenic, mutagenic and lethal. They appear in the food, in drinking water and even in the air.

These toxic entrpreneurs pick up the waste in factories in the North, transport it to the South and dump it wherever they can

These toxic entrpreneurs pick up the waste in factories in the North, transport it to the South and dump it wherever they can: on construction sites, in lakes, on the land of farmers, in the sea. The waste mainly comes from Northern Italy, but also from other European countries. They also falsify the ID of the waste in order to transform it into household waste and then dump it on official landfills. Toxic waste has even been labeled compostable waste and appeared in potting soil in the past. In the first decade of the 2000s, Naples was regularly fighting a household waste crisis; since the landfills of the region were running out of capacity, waste was regularly piling up on the streets of the city. This, however, was a region-wide symptom of the toxic waste problem: where industrial waste is dumped on landfills intended for household waste, they rapidly run into capacity limits much earlier than planned. Where citizens have no interest in paying to create new landfills through increased taxation, criminal enterprises often arise to take advantage of the opportunity.

For the Camorra and other criminal organizations such as the Ndrangheta, toxic waste disposal is the ideal high-profit, low-risk business. Their business model of simply dumping the waste in South Italy (or shipping it elsewhere to places in Africa like Somalia) allows them to undercut the prices of honest and legitimate competitors.

This problem has been well known since the early 1990s. La Repubblica wrote its first article on the toxic waste dumping (already pointing to the size of the problem) shortly after the incident involving Mario Tamburrino, the blinded truck driver. Since 1994, Legambiente, an Italian environmental NGO, has published annual reports detailing this phenomenon, although without great fanfair, and rarely resulting in the mobilization of citizens or politicians. Only in 2012 did a local protest movement led by a priest started to create a broader attention to a region that was now called the ‘triangle of death’ or the ‘land of fires’ due to the spreading practice of burning the toxic waste. In what was a very emotive campaign, activists displayed pictures of the ‘mothers of the land of fires’, depicting parents from the region holding young children who had died of cancer. Even Pope Francis joint the choir of protest at that point. However, when people realized that too much attention to the problem threatened the two main businesses of their region – food production and tourism – the protest faded away.

Only in 2015 did the illegal dumping of toxic waste finally became a crime. However, this law has made little impact. Now, according to leading Italian politicians, the problem does either not exist or has been successfully solved. The then Minister of Health, Lorenzini, visited Campania in 2013 and argued that the high cancer rates in the region are not caused by toxic waste but by the unhealthy diet and the high number of obese people in the region.

This year, a member of the Italian senate (a biologist!) called the whole discussion on toxic waste ‘fake news’

More recently, in 2018, a member of the Italian senate (a biologist!) called the whole discussion on toxic waste ‘fake news’. The President of Campania recently announced that the problem had been solved: tons of waste that had been wrapped in plastic for a lack of landfills are now sent to incinerators all over Europe. Of course, this issue is neither fake news, nor linked to regional obesity rates, and it certainly cannot be solved by shipping off the package waste alone. In 2016, the Italian police blocked more than 3 million tons of incoming toxic waste. Given that what the police intercepts is only a fragment of what is successfully dumped, one can imagine the size of the problem.

Twenty-seven years after Mario Tamburrino’s accident, Italy’s generational intoxication continues, now spreading South beyond Campania, and even up to the North, to places like Florence or Milano. Even with a broad corpus of evidence indicating the size and nature of the problem, little has changed from a regulatory point of view. Time is on the criminals’ side: toxins slowly moving forward towards the region’s ground water and will damage large parts of South Italy for coming generations. Whilst the Camorra makes billions of Euros, nobody seems to be willing or able to disrupt this environmentally and socially destructive business. This systematic silence over what Legambiente called the biocide of Italy is a phenomenon that certainly deserves the attention of mafia scholars.

Guido Palazzo is Professor of Business Ethics at HEC, University of Lausanne. His research deals with corporate responsibility in global supply chains, the mechanisms of (un)ethical decision making in organizations, social change processes and the fight against organized crime. One of his recent papers on Cosa Nostra in Sicily was one of three finalists of the prestigious Academy of Management Journal best paper award 2016.