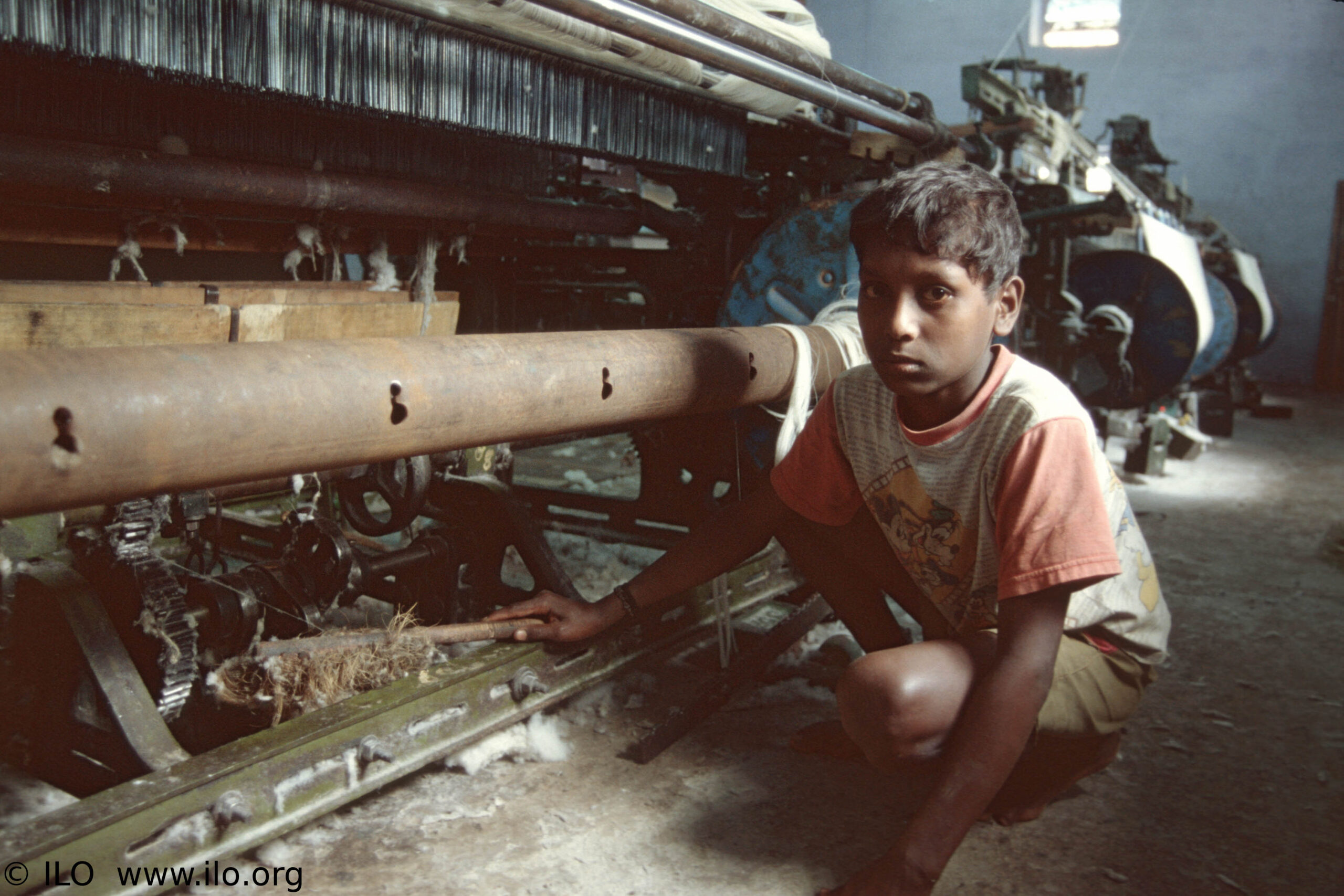 How many slaves work for you? You probably think the answer is none. But if you own a smartphone, an item of cotton clothing, or consume food you did not grow yourself, you may have in the region of 40-60 slaves working for you.  The online slavery calculator – created by the non-profit organisation Slavery Footprint- tells me I have 38 myself.

There are in the region of 25 million people trapped in forced labour worldwide. Many of these people are trapped at the lower levels of the global supply chains that produce the t-shirt you are wearing right now, or the coffee you drank this morning. These people are abused, exposed to huge health and safety risks, and unable to provide a decent future for their children. This causes both immense suffering and drives the global poverty cycle.

Are you surprised to hear this? You should not be. Collectively, we have enabled a system of global human exploitation for profit, and just as we have become increasingly aware of the devastating environmental impact of this system, there is an equally devastating human impact too. Fortunately, however, there is an alternative economic model that does not exploit individuals, delivers sustainable profitability and tools that individually and corporately we can use to tackle modern slavery. To convince businesses to adopt this model, we must build the business case for human and environmental sustainability and sustainable profitability.

We are wrong to view this problem solely through the lens of criminality and law enforcement. While modern slavery is a criminal act under UK law – and while many countries have legislation regarding minimum wages and working conditions – if we continue to look at the issue from a purely legal perspective, we may be able to catch and prosecute some exploiters, but the fundamental context in which exploitation takes place and the demand which drives it will remain the same. In other words, modern slavery will still occur.

Modern slavery is a crime against human rights, but it is also an illicit commodity trade, driven by demand. The commodity just happens to be human beings; supplied to work cheaply and make items for sale on the global market. In order to eradicate modern slavery, we must also view it through the lens of market economics, and work on changing the context in which businesses operate and in which forced labour takes place.

There are already some positive examples of companies leading the way in tackling slavery in their supply chains and demonstrating that being an ethical brand is good for business. But the first step in tackling forced labour in your supply chain is understanding it.

One such positive example is the clothing giant Ted Baker, who have invested in supply chain mapping as part of their ‘Fashioning a Better Future’ strategy, working with sector experts Segura and Unseen partners, the anti-slavery organisation of which I am CEO. Since beginning work with Segura, Ted Baker has gained greater visibility of their supply chain by onboarding their direct first-tier suppliers and using the online platform to begin gathering more details of their second-tier subcontractors. As one of the fastest-growing leading lifestyle brands in the UK, Ted Baker proves that committing to people and planet is not bad for business.

Another positive example comes from the outdoor clothing brand Patagonia, who extended its social responsibility audits to second-tier suppliers in 2011 and discovered that many migrant workers were subject to long hours, low wages, and enormous recruitment broker fees placing them in debt bondage even before they began work. Unlike other businesses, who might have been tempted to either ignore the issue or deal with it quietly, Patagonia not only put measures to deal with the issues and treat workers fairly in place, but also blogged and were transparent about it. Coming clean led to the company being asked to present in 2015 to the White House Forum on Combating Human Trafficking in Supply Chains led by Secretary of State John Kerry – an honour which should serve as inspiration for others dealing with similar issues.

Whilst both these examples come from upmarket retailers, research from Nordic regional bank Nordea suggests that interventions can also be successful at lower ends of the retail market without scaring off customers. If a high street brand such as H&M doubled the wages of its factory workers in Bangladesh, for example, the cost of a t-shirt would only rise by around 13 to 26 pence. This shows that paying workers a living wage need not result in passing impossible costs on to the customer.

In fact, it can also bring dividends back to a business through increased brand loyalty and positive image.

Meanwhile, tech companies such as BT, Nokia and Microsoft have led the way with their ‘Tech against Trafficking’ initiative, exploring applications of technology such as cloud and mobile apps to allow first-line responders, the public, and vulnerable workers to raise awareness, access resources, and report concerns about modern slavery. They are also examining tech tools to ensure supply chain transparency to improve traceability and transparency of supply chain labour standards. Being seen not only to act on the issue internally, but also investing in innovation to tackle the crime elsewhere, demonstrates both innovation and ethics which I think we can all agree is no bad thing for a global technology brand.

Change the rules of engagement, change the world

The economic rationale for fighting modern slavery is clear: demonstrating that you are fighting slavery can build shareholder value, differentiate and grow your brand, attract new talent, and protect your business against legal and reputational risk.

The growing number of brands making a show of their fair-trade, equal partnership policies, ethical sourcing and organic credentials demonstrate that investing in sustainability is good for business.

As companies wake up to the fact that they need to do this to remain competitive, this change in mindset has the power to change the context in which businesses operate, creating industry standards and changing the rules of consumer engagement. This is the fundamental shift that needs to take place to eradicate slavery from our supply chains once and for all.

Andrew Wallis is the CEO of anti-slavery organisation Unseen, which provides safe housing and other services for survivors of trafficking, runs the Modern Slavery Helpline, and works with businesses and others in the eradication of slavery.  Andrew chaired the landmark Centre for Social Justice report ‘It Happens Here’, widely acknowledged as the catalyst for the UK Modern Slavery Act of 2015, which he also advised on the development of.  He was awarded an OBE that year.  The job has presented him with challenges as diverse as building flat-pack furniture for Unseen’s first safe house, to advising global businesses on how to address slavery in supply chains. He has been described as ‘the loveliest disrupter you could hope to meet.’