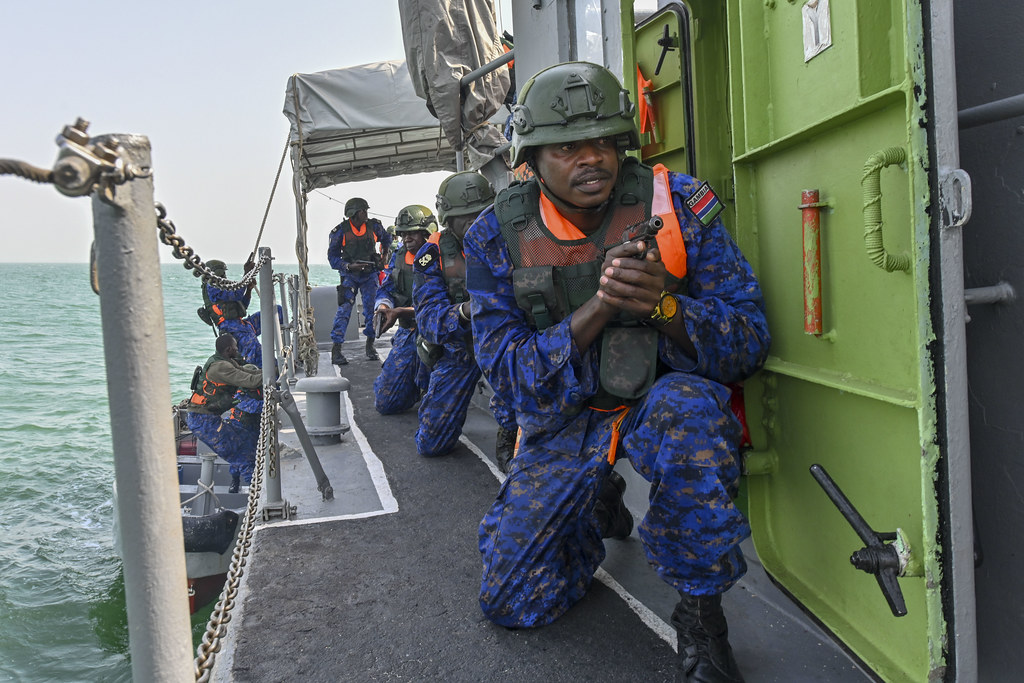 The Fight Against Irregular Migration Needs More Than a Kingpin Strategy

Irregular migration, a concept that encompasses a wide range of activities, including people smuggling and human trafficking, has become big business for organised crime networks. The UN estimates that human trafficking alone is the third most profitable crime, after drug and arms trafficking.

At the height of last summer’s migration crisis in Europe, the UK’s former Home Secretary Theresa May highlighted the role of criminal gangs in bringing thousands of migrants to Europe; the problem was labelled as ‘organised immigration crime’ in the UK. The UN Office on Drugs and Crime has taken a similar approach, calling for all possible legal measures to combat it.

As part of this fight, a man believed to be Medhanie Yehdego Mered, described as a ‘mastermind’ behind organised migration from Africa to Europe, was extradited from Sudan to Italy last month. Aside from the controversy over his identity, if Mered is the man authorities believe him to be, his arrest will be viewed as a significant advance in the fight against organised immigration crime.

But is it? Going for the alleged kingpins is certainly a much better strategy than arresting the low-level players that are involved in loading migrants onto boats; the former are crucial to the illegal operation, while the latter are merely individuals looking for employment opportunities, who are easier to arrest but also quickly replaced by others.

The kingpin strategy is thought to be more prudent – taking out the leader is expected to weaken criminal groups by disrupting their operations and structure. The strategy was first applied by the US Drug Enforcement Agency in Colombia, allowing them to bypass state structures, many of which were seen as corrupt, or corruptible. Since then it has often been adopted in countries where other institutions, such as the judicial system, are inadequate to tackle organised crime.

But this approach has not been successful in eradicating organised crime.

President Felipe Calderon’s rule in Mexico between 2006 and 2012 was dominated by the kingpin strategy, and with disastrous results. Although over 40 major cartel members were captured or killed, the resulting violence – with an estimate of more than 60,000 deaths – attracted comparisons to a civil war rather than a law-and-order operation. Instead of eliminating the cartels, they became fragmented and in many cases, even more violent.

Nonetheless, the strategy remains appealing, most recently with President Rorigo Duterte of the Philippines, who seemed to tolerate and even indirectly encourage citizens to shoot drug dealers.

So, the adoption of the kingpin strategy in the case of irregular migration ignores the lessons from the drug war that has been raging for decades in Central and South America. Indeed, the most long-standing fight against organised crime is frequently overlooked when developing strategies to respond to other forms of organised crime, whether immigration crime or the illegal wildlife trade. As soon as a problem is linked to organised crime, a toolbox with pre-prepared responses is opened and put to work.

Although the level of violence connected to the drugs trade is rarely seen in other forms of criminal activity, if there is money to be made the void left since the arrest of a kingpin such as Mered is unlikely to remain vacant for long.

Another lesson from the fight against drug trafficking, which applies also to irregular migration, but is often overlooked, is the so-called ‘balloon effect’, where criminal activity that has stopped in one place shifts to another. For example, some cocaine-trafficking routes have shifted from the Caribbean to West Africa and back again, depending on when and where the illegal trade was supressed. Migration routes have also frequently shifted in response to security operations; the focus on the Libyan coast, for instance, has raised concerns that the West African route may see a resurgence.

Although law-enforcement responses remain the fallback for organised crime, it is now widely recognised that there is no silver bullet that can eradicate organised crime. What is needed is a much more extensive toolbox that draws from the spectrum of security and development responses. Peter Roberts, RUSI’s Senior Research Fellow, Sea Power and Maritime Studies, recently outlined the complexity of migrant trafficking networks; all of these nodes need to be addressed in order to have a sustainable impact.

Development agencies, including the UK’s DfID, are becoming much more involved in the fight against organised crime and a key entry point is to engage with the factors that allow organised crime to flourish. For irregular migration, this is not easy. Migrants are pushed out of their country of origin because of conflict, repressive governments or even a lack of opportunities. While addressing these factors cannot be achieved overnight, they need to be part of a comprehensive response if any headway is to be made in curbing organised immigration criminality.

So, while the apprehension of  Medhanie Yehdego Mered may have been a blow against organised crime, it is hardly a decisive one.

Sasha Jesperson is the Director of the Centre for the Study of Modern Slavery at St Mary’s University Twickenham.