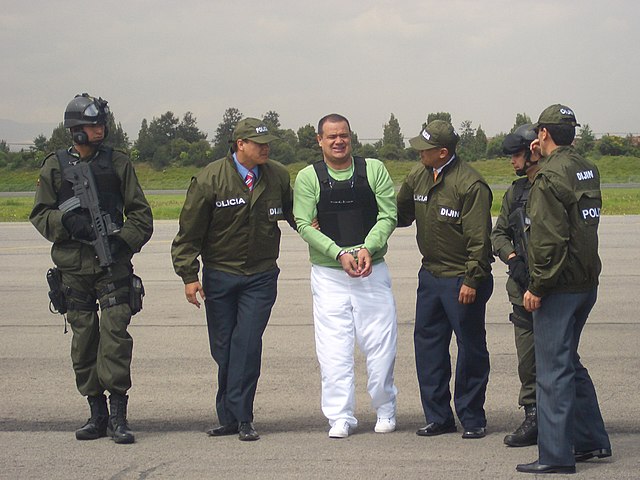 The so-called kingpin strategy has long been at the heart of the War on Drugs. From Pablo Escobar to Joaquín ‘El Chapo’ Guzmán, the strategy assumes that cutting off the head of the snake is the best way to incapacitate the body. Yet there has been increasing debate about the efficacy of such a strategy amid concern that it leads to increased competition, fragmentation and violence.

The kingpin strategy was developed by the US Drug Enforcement Agency (DEA) to “weaken, dismantle and destroy” drug trafficking organisations (DTOs) by targeting the management and leadership structures that enabled key activities including production, transportation, distribution and financial management. Behind it was the assumption that figures at the top of the drug trafficking hierarchy cannot be easily replaced. Originally exported to Colombia, the strategy has been celebrated for its role in bringing down the Medellín and Cali cartels, despite the fact that coca cultivation and cocaine production have increased exponentially since Pablo Escobar was killed in 1993. The Colombian case demonstrates that whilst the kingpin strategy can remove the big players, there are always successors waiting to take up the mantle in highly profitable DTOs. Almost 40 years after Pablo Escobar’s death, the arrest of the leader of Colombia’s Gulf Clan, best known as Otoniel, was hailed by then Colombian President Ivan Duque as “only comparable to the fall of Pablo Escobar”. Yet neither Escobar’s death nor Otoniel’s capture has made significant dents in drug trafficking flows from the country, and after Otoniel was extradited the Gulf Clan imposed curfews and blockades across 180 municipalities, demonstrating their continued strength despite Otoniel’s capture. This shows that whilst the kingpin strategy can remove key figures from DTOs, it does very little to stem drug trafficking itself as there are always others willing to step into highly profitable leadership roles.

The failures of the kingpin strategy are particularly clear in Mexico, where the targeting of key figures from the country’s myriad cartels has repeatedly led to fragmentation and violence. Whilst traditionally Mexico’s organised crime groups operated in separate regions of the country, under the leadership of Miguel Ángel Félix Gallardo they were largely unified and worked relatively cooperatively. After Félix Gallardo’s arrest, the cartels splintered and have continued to splinter, resulting in the diverse range of criminal actors currently operating in Mexico today.

Further examples abound. The death of Milenio Cartel leader Óscar Orlando Nava Valencia resulted in the emergence of two rival factions that fought for control in the state of Jalisco. One faction gained supremacy, later becoming the notoriously violent Jalisco New Generation Cartel (CJNG). However, the recent absence of CJNG’s leader, amid rumours of his death, means smaller groups are challenging the CJNG’s supremacy. Moreover, as cartel rivalries increased, DTOs like the Gulf Cartel sought former members of the Mexican military to increase their counter-insurgency know-how and gain the upper hand in intra-cartel warfare. The Gulf Cartel recruited deserters from the Mexican military’s elite Grupo Aeromóvil de Fuerzas Especiales (GAFES) to become their military wing. Known as Los Zetas they became so powerful and business savvy that they later broke with the Gulf Cartel to become their own DTO, one that was part-DTO and part-elite military unit. Whilst the arrests of many of the leaders of Los Zetas have resulted in the cartel’s disintegration, by introducing ultra-violent paramilitary tactics they have transformed Mexico’s criminal landscape into one of hybrid warfare.

Therefore, whilst fragmentation often results in the breakdown of powerful, organised cartels into numerous weaker and less unified groups, the introduction of paramilitary warfare means this does not result in lower levels of criminality and violence. Kingpins are unifying figures under which hierarchies can be maintained and lower levels of the organisation kept in line. When they are arrested or killed it leads to a perception of weakness, which can prompt rivals or factions within the cartel to attempt to gain their own foothold in the trade. Moreover, smaller criminal groups associated with a larger cartel may consider their allegiance to be to a particular person rather than to the cartel itself – if that person is removed from the equation, alliances can quickly break down.

These scenarios tend to result in an escalation of violence. Whilst civilians, state security services and public officials are intentionally targeted during outbreaks of violence, the most extreme and wanton violence is directed towards rival cartels or factions. To gain territorial hegemony cartels will often murder local criminal leaders, thereby securing loyalty through coercive displays of violence. Extreme levels of violence are also used against rivals or those deemed to be traitors, and public displays of violence such as hanging bodies from bridges or leaving dismembered bodies in public view have become a common tactic to intimidate rivals. The kingpin strategy has made such violence an everyday occurrence, creating the conditions for massacres like those in Macayepo, Colombia and San Fernando, Mexico to proliferate.

Beyond the Kingpin Strategy

Perceiving the kingpin strategy as a success is predicated on the acceptance that the subsequent fragmentation and outbreaks of violence are somehow unrelated. It also hinges on a dismissal of the continued proliferation of drug trafficking. Even though one drug lord after another has been killed or arrested, DTOs in Mexico have gone from strength to strength, diversifying from the early days of cross-border marijuana smuggling into cocaine and fentanyl, and expanding into multi-billion dollar empires with transnational networks that profit from both licit and illicit trades.

There are, of course, no easy answers. But a continued adherence to the kingpin strategy would ignore the untold damage it has done and could contribute to further fragmentation and deterioration. Here, Colombia can serve as a warning. The fragmentation of its criminal landscape, after the fall of the Medellín and Cali cartels and more recently following the demobilisation of the Revolutionary Armed Forces of Colombia (FARC), has made “total peace” an ever more unachievable goal. To secure it, Colombian President Gustavo Petro would have to negotiate with scores of armed criminal groups across the country, knowing that should one demobilise, there will always be others willing to fight to replace them.

Whether Mexico chooses to continue its high-level, militarised response to the cartels or seek a peaceful solution, fragmentation of the country’s armed criminal groups will continue to pose a threat. The question remains of what Mexico can do to tackle the proliferation of DTOs and illicit economies, with no clear answer in sight. However, it’s apparent that the short-sighted, headline-grabbing kingpin strategy does not offer a sustainable solution to the deep-rooted and transnational criminal economies it claims to address.

This blog is the first in a three-part series in partnership with photographer and director Eduardo Giralt. The series is intended to shine line on the realities and trends of drug cartels through a combination of images and analysis.

Eduardo Giralt is a field researcher, photographer and director where his in-country work gives an inside look into Mexican drug cartels and cartel life. Eduardo directed and released ‘The Weak Ones’ (2017) and ‘Los Plebes’ (2021) for which he was nominated and awarded Best Director at the Buenos Aires International Festival of Independent Cinema. He has also released a photobook titled ‘Sicario Warfare‘.

Images and captions provided by Eduardo Giralt, main image via US ICE.