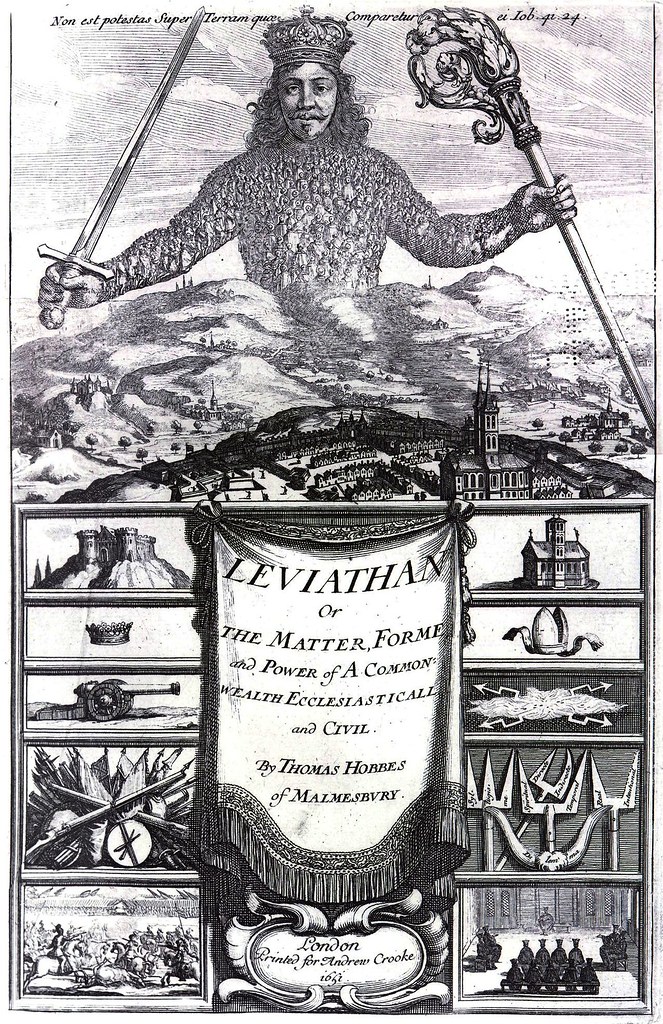 The Leviathan of Organised Crime

It is a maxim in the criminology of organised crime that as the state strengthens, organised criminal groups are weakened. Notwithstanding this notion, the present context in the wake of COVID- 19 indicates otherwise in hybrid democracies. The established adage is seemingly inapplicable to the contemporary setting of a global pandemic. As rulers grasp more power, the status quo of organised crime remains unchallenged. COVID-19 has reaffirmed the power of organised crime to pierce the veil of the law with impunity.

In his Leviathan, Hobbes presents two forms of governance. The first – the so-called ‘state of nature’ – is predicated on power-wielding individuals maintaining and privately restoring, where necessary, social order. This thesis is rooted in society’s existence in a ‘condition of mere nature’, where there is no recognised authority vested in a governmental structure to act on behalf of wider society and maintain peace. Consequently, society is said to survive in a chaotic state of war. The second form of governance is centred on the establishment of a sovereign authority. Here, members of the public voluntarily hand over power to the government via a metaphorical social contract, delegating to the ruling party, the authority to maintain societal peace and security. Hobbes outlines that to have an effective state, governments must wield absolute, unobstructed authority over all essential powers (i.e. legislative, executive and the judicial). Whilst this authoritarian model of a state is somewhat outdated, since March, COVID-19 has pushed Western Balkan countries towards a Hobbesian state of governance. In this region, the pandemic has increased the power of the Executive. Stricter laws have been imposed on citizens in parallel to leadership growing increasingly more centralised. At points, army were employed onto the streets. Terms like war, invisible enemy, and death formed the rhythm of louder political rhetoric. On a global scale, in responding to the challenges of COVID-19, an authoritarian approach by the state has been temporarily legitimised.

Against the backdrop of increased Hobbesian restrictions, organised crime has remained remarkably resilient. The flexible and opportunist nature of these criminal groups offers insight into the Leviathan of organised crime. Preying on ‘free criminal zones’ in hybrid democracies, organised criminals have seized the moment to adapt their operational structures in order to evade the trappings of legal systems. The situation of organised crime in Albania is a potent example of this. In Albania, as in many other countries, COVID-19 has driven domestic democracy into a ‘vegetative state’. The political spirit of democracy has been curtailed by overriding health considerations, birthing a new, democratic, form of leadership. For the present context this shall be defined as ‘healthocracy’, the phenomena which encompasses the blurring of civil and political rights due to superseding health policies. Citizens are being forced to surrender fundamental human rights in the name of the well-being of themselves and wider society. This muddies the waters of the rule of law. Democratic accountability of public institutions is also complicated, as Habermasian public discourse on conventional issues (rule of law, anti-corruption, economic progress etc.) is sidelined. The extenuating circumstances birthed by COVID-19 have limited the judiciary’s capacity to restrict state power and wider access to justice. Political actors such as ministers have effectively been substituted for medical practitioners, as national legislative functions have been put on hold. Controlling and managing the spread of the pandemic is the politics of the day. In this most peculiar of environments, Albania, as a former post-communist country, appears to be experiencing a second dystopian state of communist rule.

While Albanian society is living in this Hobbesian state of governance, organised crime is existing in the contrasting state of ‘mere nature’. Organised criminal groups are operating beneath the shadow of COVID- 19, away from the public attention. Capitalising on the current chaotic climate, these groups have intelligently exploited the weak points of society in this new ‘variable’  democracy. With access to law enforcement agencies via corrupt avenues, organised crime has succeeded in adapting its modus operandi. To illustrate this, two consecutive mafia-like murders were conducted by an organised criminal group in the second largest populated city in Albania (i.e. the Durres city) in one month. The first murder occurred during the government restricted curfew hours (i.e. after 17:00) on 2 March, during which the victims were shot whilst walking on the street near their workplace. The same organised criminal group shot dead two brothers, on 27 April. It is believed that both killings are the consequence of a turf war between organised criminal groups, related to a money heist of 10 million Euros which happened a year ago, at the international airport in Tirana. Further examples of organised crime flourishing can be found in the trafficking of illicit substances. On 29 April, the Italian Guardia di Finanza seized 900kg cannabis worth 10 million Euros in the port of Bari. Notably, the strict government policies restricting the movement of Italian citizens did not stop Italian mafia from successfully travelling to the shore of South Albania to facilitate the illegal trade. On 1 May, the Albanian State Police seized a functioning laboratory of cannabis in the city of Fier, a hot spot of drug trafficking. Other arrests of alleged members of organised crime have continued in spite of COVID-19. The shift in attention of the Albanian law enforcement agencies to the fight against serious organised crime in the last 10 days underlines the resilience and sustainability of organised crime, irrelevant of increased state authority.

Increased authoritarian state control appears to have no effect on the functioning of organised criminal groups in hybrid democracies. The Leviathan of organised crime is capable of evading even the strictest of government restrictions. A “strong” government in a vacuum of democratic values births pockets of lawless zones which are predated by organised crime.

Fabian Zhilla is a Senior Advisor at the Global Initiative Against Transnational Organised Crime and Associate Professor at the Canadian Institute of Technology, Albania.