Home   Blog   The Rise of Green Crime: It’s Time We Acknowledge the Threat to Peace and Security 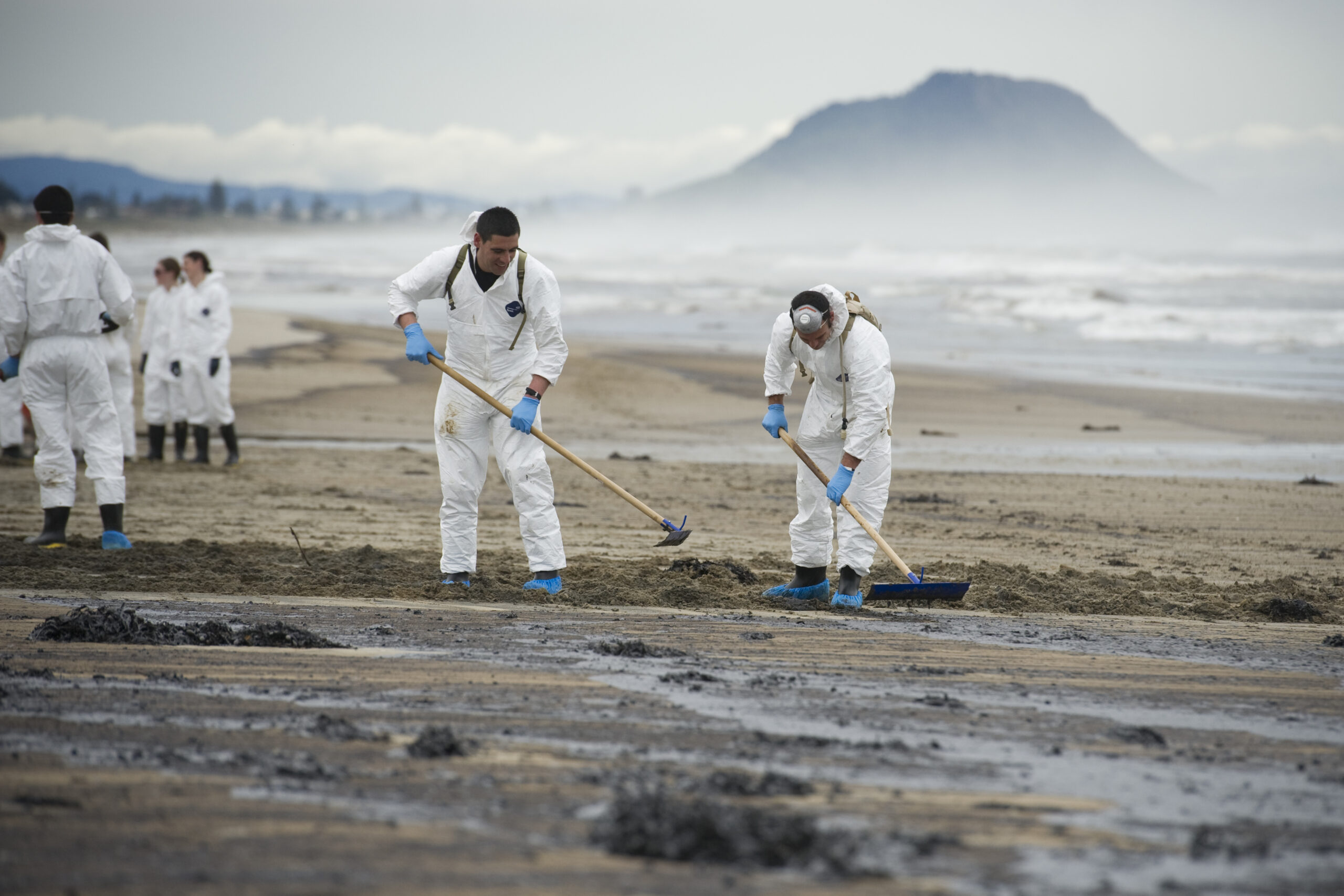 The Rise of Green Crime: It’s Time We Acknowledge the Threat to Peace and Security

Illegal activity that harms the environment is no longer a topic solely related to the sustainable investment agenda. This criminal activity is increasingly recognised as a significant risk to international security, businesses and their supply chains, and global public health. Green Crime threatens these pillars of peace and stability and is closely linked to corruption, organised crime and money laundering. Law enforcement agencies across the globe, including Interpol and Europol, acknowledge that these types of criminal activity pose a real-and-present danger to the international community. Some have even argued that ‘ecocide’ should be added to the International Criminal Court’s (ICC) list of serious crimes alongside genocide, crimes against humanity and war crimes, to name a few. If we are to turn the tide, increased collaboration and effective cooperation among banks, corporates, law enforcement, policy bodies and regulators is urgently needed. While no single body owns this problem, we are not powerless to act.

What is Green Crime?

Green Crime can be defined as the act(s) of illegal activity that threatens biodiversity, damages the environment, impacts supply chains and poses a danger to security. Examples of Green Crime include illegal mining, illegal fishing, illegal wildlife trade (IWT), illegal logging, and waste trafficking. This form of crime has always been a prevalent issue but has started to gain more widespread traction in recent years.

In 2016, acting in his capacity as Global Head of Financial Crime at Standard Chartered, Mr Cusack commissioned a comprehensive threat assessment across 60 countries to uncover the most severe types of financial crime that threatened the bank. The results indicated that criminal activity associated with green crime was a much larger generator of financial crime proceeds than originally anticipated, paving the way for future research in this area.

Green Crime has become a growing transnational threat estimated to be worth up to $258 billion a year, while wildlife trafficking is the fourth most lucrative illicit trade activity in the world. Though green crimes are committed worldwide, they often most acutely affect low-income countries, with the ultimate beneficiaries laundering the profits using the global financial system. Alexandria Reid cites a 2020 World Economic Forum study that warns over 50% of global GDP is either moderately or highly dependent on the loss of nature. Moreover, data from the World Wildlife Fund (WWF) shows that the global population of wild species has declined by 60% over the last 40 years alone. While this decline is not entirely due to Green Crime, it has made a substantial difference. As a result, we are on track to miss 80% of the UN Sustainable Development Goals, including eradicating poverty, hunger, and health alongside goals focused on the protection and preservation of the environment.

The Link Between Green Crime and Climate Change

The unprecedented impact of the COVID-19 pandemic has created unforeseen circumstances. Organisations appear to have grown more attentive to their role in combatting climate change. In some cases, this has been implemented through discreet aims such as achieving carbon neutral status. In other cases, a renewed attention to the fragility of the natural world and our reliance on its well-being has encouraged companies across the private sector to take a more systemic approach and use the pandemic as a time to reflect on business resilience and consider implementing green recovery strategies. Nonetheless, businesses and organisations continue to find it difficult to recognise the link between climate change mitigation, adaptation and their efforts to tackle green crime.

One visible example of the relationship between these issues is the crime of illegal logging which leads to deforestation. According to the WWF, illegal logging accounts for 50-90% of all forestry activities in producer tropical forests, such as those of the Amazon Basin, Southeast Asia and Central Africa, and 15-30% of all wood traded globally. To quantify the scale of this devastating illicit activity, satellite imagery can help expose the physical effects of deforestation. The NASA campaign ‘Large-scale Biosphere-Atmosphere Experiment in Amazonia’ (LBA) examined the interconnections between Amazon ecosystems and how they were reacting to rapid deforestation, global warming, and cycles of drought. The damning images produced by the project emphasise the alarming rate of deforestation and the seeming irreversibility of its damage.

Aside from illegal logging, Mr. Cusack suggests that 1 in every 5 fish extracted from the ocean are caught illegally, despite the fact that Illegal, Unreported and Unregulated (IUU) Fishing as defined by the UN’s Food and Agricultural Organisation is rarely treated as an important crime. IUU fishing is worth an estimated 10-23 billion USD a year, with much of the profit and the goods themselves being laundered through the legitimate supply chain. A lack of supply chain scrutiny and poor law enforcement has enabled this crime to flourish on a transnational scale. Within fisheries other forms of organised crime such as human trafficking, modern slavery and fraud have taken place. However, little attention has been paid to the extent that mitigation measures have limited the role of organised crime in the IUU fishing industry. According to Alexandria Reid, the feedback loop between IUU fishing and climate change is a major security threat.

Ocean surface temperatures are warming 40% faster than previous estimates. Not only has increasing temperatures led to ocean acidification and bleaching, but the migration of marine species which can generate new opportunities for IUU fishers. Both phenomena create a feedback loop where undetected catches lead to overfishing which in turn can cause a decline in fish stocks. This means that fishers are being forced to use more environmentally damaging techniques to profit, while simultaneously resorting to crimes such as forced labour to cut costs. Despite this, these practices are rarely ever met with fines proportional to the crime given the sizes of the profits involved, or criminal sentences that would qualify under the UN Convention Against Transnational Organized Crime (UNTOC). Alexandria Reid noted that due to weak law enforcement, amongst other factors, “over one-third of global fish stocks are estimated to be fished beyond biologically sustainable limits.”

Perspectives from the Transport Sector: Airlines

The International Air Transport Association (IATA) is a trade association for 290 airlines; it aims to improve safety within, and ensure the sustainable growth of, the airline sector. The pandemic has threatened IATA’s ability to survive within the market. As the airline sector begins to recover, the relationship between wildlife trafficking and human health is now a top priority according to Jon Godson, Assistant Director, IATA, who further stresses that wildlife traffickers are exploiting the aviation sector. Additionally, while it is crucial for enforcement agencies to capture and prosecute these offenders, the industry itself can provide extra sources of human and digital intelligence.

Conventional wisdom suggests that wildlife trafficking in the aviation industry is limited to cargo transport of products taken from iconic species such as rhino and elephant ivory from Africa to Asia. Emerging data is currently challenging these perceptions. The partnership between the public and private sector to Reduce Opportunities for Unlawful Transport of Endangered Species (ROUTES), published a report that indicates 1,346 seizures of wildlife and wildlife products were made in the air transport sector between 2009 and 2016. Similarly, the United States Law Enforcement Management Information System (LEMIS) database revealed 20,000 similar seizures in the same time-period in the US alone. Simply, the scale of wildlife trafficking is more pervasive that previously acknowledged. Mr. Godson also suggests that there appears to be a shift towards carriage bag passengers seizures (cabin baggage, on person, and whole baggage). Seizure data is thus a key method of demonstrating the relevance of the airline sector by encouraging engagement and reinforcing effective practices.

In 2015, the United for Wildlife Transport Taskforce was formed with the aim of encouraging the air and maritime sectors to assist with the fight against illegal trade. The Taskforce member organisations, including 62 airlines which represent 36% of global traffic, signed the landmark Buckingham Palace Declaration with a commitment to support the private sector in the fight against illegal wildlife trade. The United States Agency for International Development (USAID) have also engaged in a 5-year partnership with the ROUTES programme to “help inform aviation staff about how to stop wildlife trafficking through air transport.” This Partnership provides support to the aviation community with seizure information, trends, training resources and guidance on how to take action. The Partnership also encourages dialogue between the public and private sectors. This collaboration is especially important in an environment where national enforcement agencies and Interpol consultations have demonstrated that traffickers are attempting to corrupt and coerce both customs officials and airline/airport staff in high-risk locations.

According to varius wildlife enforcement agencies, wildlife trafficking is not only an environmental threat but should also be considered as a secondary threat to aviation security and public health. Recent research has suggested that COVID-19 resembles a virus commonly present in bats and pangolins, reiterating the importance of combatting illegal wildlife trade to guard agaisnt zoonotic disease transmission. The virus has had a calamitous impact on the aviation industry, resulting in a $419 billion loss in revenue and 7.5 million cancelled flights. In the words of Jon Godson, airlines must acknowledge that pandemic prevention will be a “new corporate risk driver” as the industry transitions into its recovery stage.

Although information on the seizure of smuggled wild-caught (bush) meat is limited, research from surveys at a number of airports suggests the practice of concealment in passenger baggage is widespread. A 2010 study on the scale of bushmeat illegally imported from Africa into Europe presented staggering findings. According to the study, five tonnes of bushmeat is smuggled in personal baggage through Paris Roissy-Charles de Gaulle airport every week. Although not all of the seizures are from protected species, the attempt to bypass sanitary controls represents a potential threat to public health.

Future projections indicate that there could be a rise in poaching and stockpiling due to global lockdowns and a correlating loss of tourism. As flights resume, transport staff and enforcement authorities will need to be resilient. There is also evidence that the combination of climate change, international travel, and habitat loss leading to increasing human and wildlife interaction will lead to greater risks of a pandemic in the future. Risk mitigation strategies are available, with enhancing passenger education and monitoring and enforcement – particularly focused on trafficking of high-risk species such as mammals, bats, rodents and other carriers of zoonotic diseases – at the forefront of potential solutions.

To date, efforts towards mitigating the effects of the pandemic have mainly focused on responses to the existing problem, such as the World Health Organisation’s (WHO) deployment of scientists to investigate the Chinese wildlife supply-chain. These should be further developed with the support of private sector programmes to create a holistic approach which integrates the health, agricultural and wildlife enforcement sectors. Public and private sector partnerships are vital in this regard. The digitisation and automation of air transport has been rapid and to build on this, law enforcement actors need to partner with the sector to capitalise on existing opportunities. There are reasons to be hopeful, including numerous examples within IATA such as ongoing efforts to enhance technological cooperation via a pilot project conducted in South Africa, which plans on “using x-ray security images combined with machine learning algorithms to detect rhino horns concealed in baggage”. If we wish to form innovative responses to the grave security threat of green crime, we must acknowledge the vital importance of cross-sectoral, public-private sector cooperation. It is time to upscale inter-agency cooperation in response to an international security threat.

Written by Ava Tambala, a year 13 Sixth Form student and the 2020 recipient of the Urban Synergy-Refinitiv Bright Horizon Internship Programme – an initiative established in October 2020 to offer talented students from underrepresented communities with practical work experience as they consider their academic and professional future.