Home   Blog   The Role of the Private Sector in Combating Trafficking in Human Beings: A Way Forward? 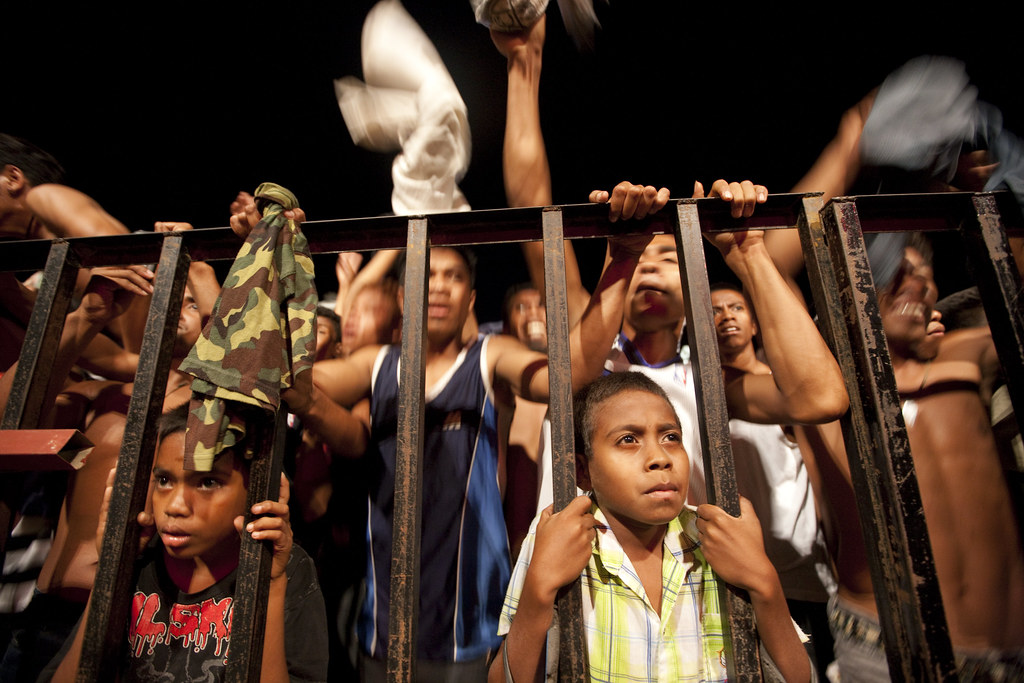 The Role of the Private Sector in Combating Trafficking in Human Beings: A Way Forward?

Modern slavery and trafficking in human beings are global phenomena that affect a growing number of victims. While it is difficult to provide an exact figure, the International Labour Organization (ILO) estimates that 40.3 million people are victims of modern slavery (including human trafficking) around the world, of which over half (24.9 million) are exploited for their labour. The ILO estimates that 16 million people are exploited in the private sector, especially in sectors like domestic work, construction and agriculture. The most recent estimate of the profits of modern slavery, based on 2012 data, is that it generates $150 billion annually in illegal profits.

As global supply chains continue to grow and often become less transparent, it has become increasingly difficult to achieve the oversight required to identify, combat and prevent modern slavery and trafficking in human beings worldwide. Out of 51 companies surveyed by the Ashridge Centre for Business and Sustainability in 2015, 71% believed modern slavery was likely to be occurring in their supply chains. Indeed, the need for private sector actors to become involved in the fight against this form of organised crime is becoming more widely accepted. In recent years, a number of companies and private sector actors have taken steps to improve transparency and accountability in their supply chains. These companies have adopted new regulations to raise minimum standards, they have strengthened corporate due diligence, and sought remediation for victims.

The UK’s 2015 Modern Slavery Act (MSA) is one the most ambitious examples of anti-human trafficking legislation. In particular, its Transparency in Supply Chains clause places obligations on a wide range of private sector actors to mitigate the risk of trafficking in human beings in their supply chains, requiring companies to publish an annual statement describing the steps they have taken to mitigate such risk. This clause is an improvement to previous legal instruments in two important ways: it extends the statement obligations to all companies who supply goods or services and whose total turnover exceeds £36 million; and it also bases its requirements on companies’ global revenues, giving the MSA a potentially global reach.

Other governments have also passed laws that outlined specific obligations for the private sector to prevent and combat trafficking in human beings. In March 2018, The Stop Enabling Sex Traffickers Act (SESTA) was introduced in the US,  amending Section 230 of the Communications Decency Act. Although the Act has so far shielded tech companies such as Facebook, Amazon and Google from liability for content shared by their users, including advertisements that may facilitate and promote trafficking in human beings, such as escorting services. In theory, however, legal instruments such as the Stop Enabling Sex Traffickers Act will make it easier for authorities to take action against websites that are perceived to facilitate trafficking in human beings and for victims to seek justice against perpetrators.

Legislation alone is useless if it is not enforced

Nevertheless, combating trafficking in human beings through legislation alone has been shown to be ineffective in the past. Notably, companies’ compliance with anti-trafficking obligations such as those outlined in the MSA’s Transparency in Supply Chains clause has been limited, and there has been little improvement in most companies’ due diligence reporting and risk assessment processes. Legislation alone is useless if it is not enforced, yet injunctions remain a rare occurrence and there is a lack of specific sanctions for companies who breach the rules.

Anti-trafficking legislation, although necessary, therefore remains insufficient. Moreover, key players in the private sector, such as the tech industry, have traditionally been largely uncooperative and opposed to the passage of laws such as the SESTA. For months, companies such as Google, Facebook and Amazon fought the bill in its original form, only reaching a compromise with lawmakers when key changes were approved. One of these changes was to only hold liable websites that knowingly facilitate sex trafficking. The fact that Oracle backed the bill last year marked a sharp departure from most of the technology industry’s traditional opposition to the law – they argued that it would hinder digital innovation and lead to unsustainable liability.

However, in recent years there have been several interesting developments and initiatives aimed at involving the private sector in combating trafficking in human beings, especially within the tech industry. For instance, IBM have been at the forefront of several cooperation efforts involving multiple actors, in particular financial institutions. This concept is best illustrated by IBM’s partnership with Europol, the NGO Stop the Traffik, Western Union, Barclays, Lloyd’s Banking Group, Liberty Global and UCL to launch the Traffik Analysis Hub (TAHub) on 18 October 2018. The TAHub is a cloud-hosted data hub that enables relevant institutions to identify trafficking networks by analysing the movement of money.

Furthermore, by using IBM i2 software, the TAHub is trained to recognise and detect specific human trafficking terms and incidents, processing open-source data such as news feeds in order to help analysts to identify the characteristics of human trafficking incidents such as recruitment and transportation methods, and potentially predict them. In a nutshell, authenticated partners upload the data, which is then aggregated and interpreted by the tool, transforming it into actionable information for law enforcement, governments, NGOs and financial institutions. The hub’s shared governance model also means that all partners own an equal stake and retain control over the data, while sharing it with everyone in the global anti-trafficking community.

The idea of involving the private sector in preventing and eradicating trafficking in human beings is slowly but surely gaining momentum, especially with the help of technology companies. Initiatives similar to the TAHub include the RESPECT Initiative, Tech Against Trafficking (TAT), The Global Business Coalition Against Trafficking (GBCAT), The Action Platform on Decent Work in Global Supply Chains and The Interactive Map for Business of Anti-Human Trafficking Organizations,  all of which are multi-stakeholder resources that are attempting to join forces in order to analyse and share relevant data, raise awareness, reach vulnerable communities individuals more efficiently and improve supply chain standards.

A particularly direct approach was adopted by the NGO Stop The Traffik, which works with clients across industries and sectors to help them understand the phenomenon of human trafficking. Instead of imposing obligations, Stop The Traffik recognises the importance of directly involving and guiding companies in understanding the economic risks trafficking poses to their business, such as damages to reputation and unfair competition, as well as helping them to spot the red flags, understand the specific ways that they might be vulnerable to human trafficking, and provide guidance on best practice to mitigate the risks – by providing awareness courses and business risk analysis services.

Moreover, Stop the Traffik’s Centre for Intelligence-Led Prevention collects and analyses vast quantities of data and builds intelligence on human trafficking and modern slavery hotspots and trends on a global scale, which is then shared directly with vulnerable communities and individuals in order to generate action on the ground and to build resilience to these crimes. It collects data from numerous sources, including their STOP APP, data provided by partners, Open Source and community intelligence. This data is then analysed by professionals in law enforcement, human intelligence and anti-money laundering.

In the US and Canada, public-private partnerships and cooperation projects have yielded some positive results

While it is still too early to assess the effectiveness of such initiatives, it is already clear that their impact in combating and preventing human trafficking will depend on how authorities and other actors involved use the new tools at their disposal. Early results appear to be encouraging: in the US and Canada, public-private partnerships and cooperation projects, such as the Blue Campaign and Project Protect, have yielded some positive results, with reports of suspicious transactions related to human trafficking increasing from 400 in 2015 to 2000 in each of 2016 and 2017. Nevertheless, much like legislation, these tools will be useless if they are not properly and regularly used.

As evident in the case of Stop the Traffik’s Centre for Intelligence-Led Prevention, the more material is collected, the better and more accurate the insights will be. For instance, community-oriented tools such as the STOP APP could encourage victims and witnesses of human trafficking to provide analysts with useful data. After all, the added value of the shared governance model is highly dependent on the number and quality of its users. For sure, educating the public and the private sector on the risks posed by trafficking in human beings while at the same time encouraging businesses to take preventive measures in their supply chains continue to be daunting tasks, especially given companies’ business interests and reputational concerns. Nevertheless, public pressure on private actors to take action, and the introduction of new methods and tools to address trafficking in human beings, are promising developments, especially as a way to complement legislation to protect victims and to discourage modern slavery.

Benedetta Di Matteo obtained a LLM degree in International Laws from Maastricht University, specialising in Public International Law and International Relations. Benedetta’s research interests include economic crimes, corruption, trafficking in human beings and the role of technology in tackling organised crime. She has worked at Europol, the International Anti-Corruption Academy, the Council of Europe and a Brussels-based political risk firm.