Home   Blog   Thinking about Organised Crime: Is it Different or Similar? 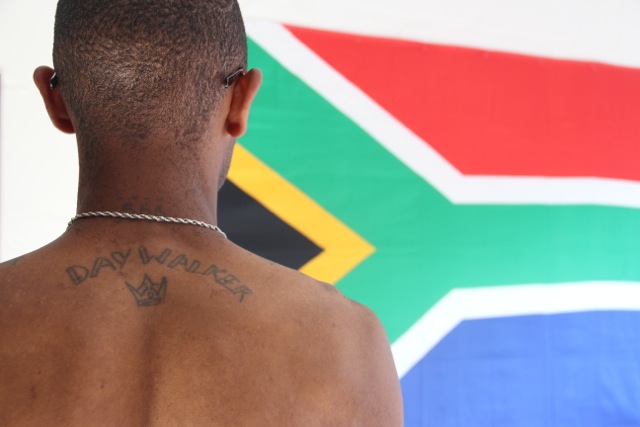 Thinking about Organised Crime: Is it Different or Similar?

This is the second of two Informer blogs by Dwight Smith examining how we think about organised crime. The first part was published on Monday 30 July.

Initially, organised crime was little more than a synonym for racketeering. Beginning with the Kefauver hearings in 1950, it started to evolve as an entity, a process ending in 1967 when the US Task Force on Organized Crime began its report by describing it as “a society that seeks to operate outside the control of the American people and their governments”. The prior assumption undergirding this statement surfaced a few paragraphs later: “What organized crime wants is money and power. What makes it different from law-abiding organizations and individuals with the same objectives is [its] ethical and moral standards….” (emphasis added). A few pages later a specific target was identified:

“Today the core of organized crime in the United States consists of 24 groups operating as criminal cartels in large cities across the Nation. Their membership is exclusively men of Italian descent….”

The Task Force specifically rejected similarity as a starting assumption and embraced difference as the foundation of US policy: organised crime = alien conspiracy = mafia.

But the focus on an entity reduces one’s attention to specific tactical action. Conceptual, strategic considerations were thus limited at the outset to what tactical action required: expanded information-gathering techniques and the definition of conspiracy as a crime, not simply an ancillary to proscribed activity. With these new tools, a concerted campaign against Italian-American criminals was undertaken which, in New York City, succeeded in dismantling or neutralising the five mafia families at the core of the 1967 Task Force charge.

From a tactical perspective, however, once you succeed, what do you do for an encore? Law enforcement continues to keep remnants of New York’s five families under surveillance (a commendable action by itself), but what next? The simple answer: keep the original conspiracy concept but modify its goals.

The 9/11 tragedy occurred, and alien conspiracy concerns shifted to terrorism

Internally, the official definition of organised crime morphed into a different alien conspiracy approach: apply the now-accepted mafia reference to other nationalities. Thus, the Russian “mafia” came into being, followed by other non-Italian “mafias”. Perhaps more importantly, though, the 9/11 tragedy occurred, and alien conspiracy concerns shifted to terrorism. Proven tactical tools were at hand, and the earlier anti-organised crime statutes became the foundation for homeland security laws. Public opinion also shifted to this new danger, and organised crime’s official priority faded in comparison.

Put this history aside and return to the initial Task Force Report. Should we be thinking of organised crime as an entity – an approach that leads to tactical action – or as a concept – an approach that leads to larger issues? The question points to a major deficiency of the difference approach: punishing the transgressor doesn’t address the circumstance that enables the transgression to occur. At this juncture, similarity emerges as a valuable option. What happens if the Report is reworded to “What makes [organised crime] similar to law-abiding organisations and individuals?”

This is not a new idea. Sometimes it is little more than a passing, sardonic comment about the nature of business. When it is more seriously intended it may be no more than an introduction to another topic. Here I want to pursue its serious side: how are they similar?

The answer is clear. Whether based on old-fashioned principles of probity, flirting with the limits of the law, or clearly flouting the law, businesses are all entrepreneurial, reflecting a spectrum of legitimacy “from the very saintly to the most sinful” (a phrase from the late Leslie Wilkins). They share the same challenge across that spectrum: how to stay in business and improve profit margins by reducing uncertainty in their environments. Each entrepreneur operates in a market environment containing its particular ways of generating uncertainty.

Businesses are all entrepreneurial, reflecting a spectrum of legitimacy “from the very saintly to the most sinful”

Some are easier to deal with than others. For example, a manufacturer can create inventories of raw materials and finished goods to buffer uncertainties caused by unreliable suppliers or season-related consumer demand.

Other circumstances can be more difficult to resolve. An entrepreneur’s domain – that portion of the market that each can claim as their own – can also be vulnerable to uncertainty generated by pressures from competitors and regulators. Sometimes it can be resolved through formal and public political activity: a change in party control may generate new laws that reduce uncertainty. Even then, a process is required for negotiating continuing protection of an enterprise’s core activity from the outside world. The process creates a territory for “Enablers” of various stripes. Sometimes non-governmental enablers are created to resolve potential problems, just as a Chamber of Commerce uses mutual self-discipline and the collective strength of its members to influence or mitigate the pressures of competitors and regulators. On an individual level, an enterprise may use in-house resources as its enablers – especially accountants, lawyers and lobbyists – when dealing with regulators; or they may rely on consultants employed as needed for their special expertise. Whatever their form, enabling mechanisms are key to managing uncertainty wherever the enterprise is located on its market spectrum.

That’s where organised crime assumes a new conceptual meaning and the larger challenges revealed by similarity begin. The enabling process is key: it is a crucial contingency for all enterprises, especially when regulatory pressure is the issue. When it occurs in the dark, away from public notice and review, political corruption can be a tempting option. In the case of an illicit enterprise the principal intent of a secret deal is obviously protection, quite likely involving a corrupt or collusive relationship, from legal action against the business and the entrepreneur. Further up toward the “saintly” end of the enterprise spectrum, when transparency is absent, circumstances may not be that clear. Even though a customer may have a reputation of probity, enablers earn the “black belt” of their trade by operating as close to regulatory limits as possible. How can we be sure that the enabling process was legal when it occurs behind closed doors?

When the US constitution was being debated, corruption was understood as the substitution of private gain for the common good

The difference-centered alien conspiracy view of organised crime was originally justified in the US by fears of political corruption from criminal entrepreneurs engaged in narcotics, prostitution, gambling and the like. Call them “sin crimes”. When the focus shifts to a similarity-centered spectrum of enterprise, the potential of political corruption has a significantly wider frame of reference concerning regulatory behavior. Organised crime as the occupation of alien perpetrators is only a portion of the wider problem of illicit enterprise.

When the US constitution was being debated, corruption was understood as the substitution of private gain for the common good. The spectrum of enterprise concept shows how it occurs: collusion behind closed doors, perhaps accompanied by a private exchange of cash through the enabling mediator. Unfortunately, the Supreme Court has in the last decade substantially revised the meaning of corruption, focusing not on threatening the common good but on just one modus operandi, the quid pro quo exchange of cash for a specific political favour.

That redirection of meaning has had two consequences. First, it significantly increased the task of proving corruption in court, especially when it occurs covertly in a “pay-to-play” jurisdiction. Second, it leaves hanging a fundamental question: Who champions the common good in the struggle against private gain?

Dwight C Smith Jr is a Research Associate in the Center for Policy Research at Rockefeller College, SUNY-Albany. His civilian career was primarily in State government and public university management. From 1967 to 1994 he researched and wrote about organised crime theory, notably The Mafia Mystique (Basic Books, New York, and Hutchinson & Co., London, 1975). In 2014 he was named “Distinguished Scholar” by the International Association for the Study of Organized Crime (IASOC) and resumed his writing efforts. He lives in semi-retirement with his wife in Slingerlands, New York.