Home   Blog   To Militarise or not to Militarise: That is the Question 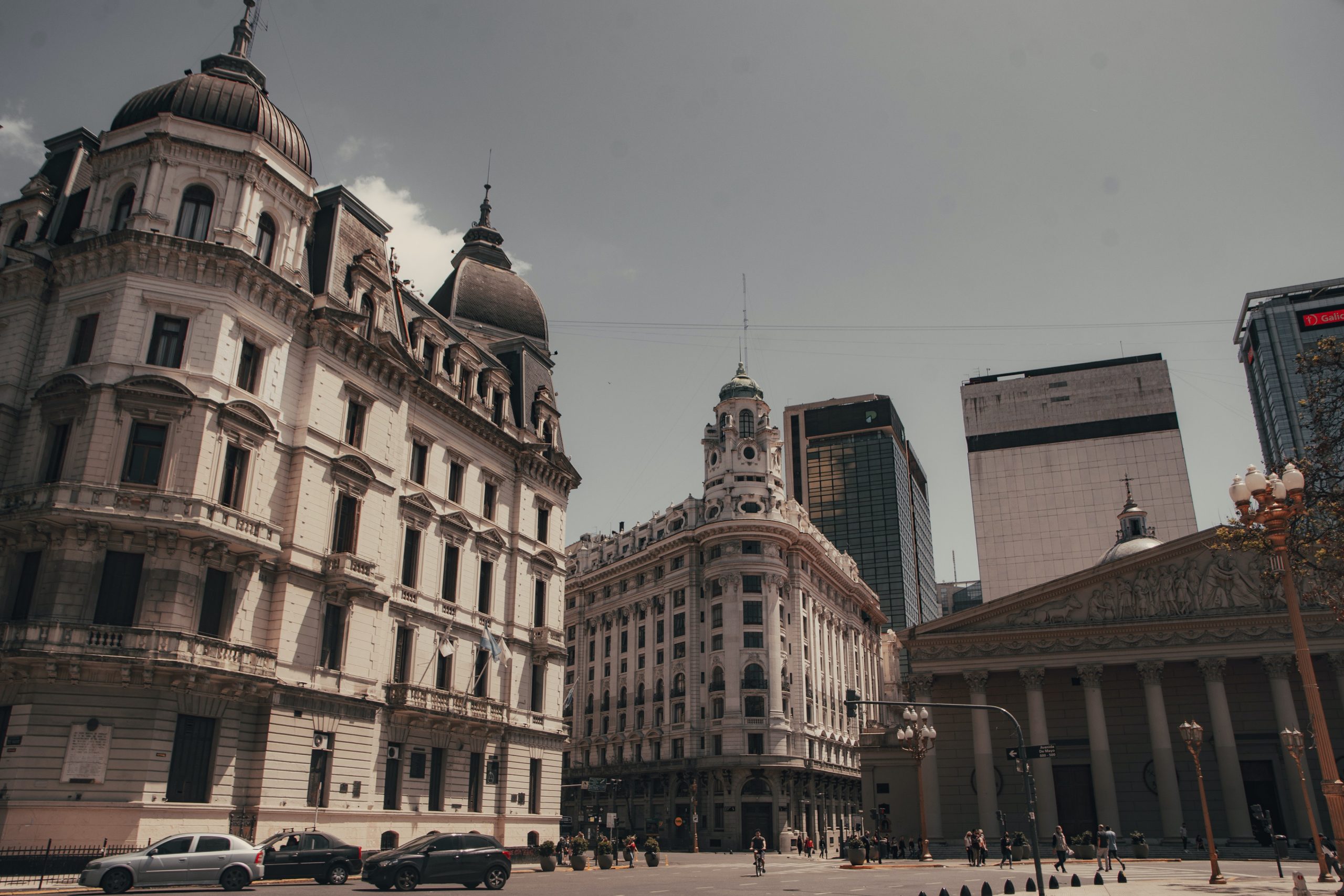 Argentina, a country in which the armed forces are struggling to grasp their role amongst other government institutions, presents fertile ground for the re-emergence of a timeless debate. To what extent should governments support the adoption of repressive counter narcotics policies and signal a move towards militarisation.

Since the national resurgence of democracy in 1983, Argentina has rejected Washington’s Standard Security Model (SSM) based security agenda in the region: a foreign policy designed to combat drug trafficking through the transfer of weapons, equipment and training of armed police in military operations.

Argentina’s autonomy and independence in the face of widespread United States (U.S.) drug policy can be explained by a solid legal framework that formally constrains the role of the armed forces in the fight against drug trafficking. Based on a multi-party consensus within the National Congress, a democratic transition was reinforced by a set of institutional instruments including the National Defence Law: a statute that formally divided the spheres of internal security and external defence.

This legal framework was reinforced through Internal Security Law 24.059, National Intelligence Law 25.520, and Decree 727/2006, which regulated the National Defence Law sanctioned in 1988 to avoid framing the drug problem as a national security threat. The legislation restricting the role of the military to external aggressions is an initiative aimed at reversing a punitive approach towards crime and is a sign that Argentina has resisted U.S incentives to adopt the SSM.

The rise of organised crime and the so-called “colombianization” and “mexicanization” processes.

Due to the presence of cyclical economic crises, deep-rooted corruption across many sectors of government and the lack of a national plan to combat narcotics, organised crime has found an easy way to develop and consolidate in Argentina in the last few decades.

Bordered by Paraguay, Bolivia and Peru, the main marijuana and cocaine producers in South America, Argentina has evolved from a transit country to a “full-cycle” country within the political economy of illicit drugs. This means the country supplies, consumes, and serves as an important node in the wider transport route of cocaine destined for Europe.

The growing drug-related problem in Argentina and the increase in the country’s crime rates has provoked some sectors of society and the media to demand direct involvement from the country´s armed forces. In particular, calls have heightened for upscaled internal security functions such as drug interdiction operations.

Against this backdrop, political pockets in the country and leading public figures have expressed concerns that Argentina is trending towards neighbouring states at the centre of the illicit drug trade, birthing the so-called “colombianization” or “mexicanization” processes.

However, the drug market in Argentina is run by family clans: fragmented criminal groups made up of close relatives. These criminal networks are in charge of the trade and distribution of illicit drugs, which occurs on a small scale due to the lack of international reach.

Moreover, Argentina continues to be a relatively safe country with the lowest crime rates in the region. The country does not suffer from the high levels of illicit drug-related violence that affect its neighbours. Colombia is still the top cocaine producer in the region, and Mexico shares its Northern border with the world’s largest consumer.

While calls for militarization purport to support the disruption of networks facilitating the trade in illicit drugs, in fact, the profits generated by the trade in high level drugs such as cocaine present a significant corruption risk to the defence sector. For this reason, corruption is rife within counternarcotics initiatives in Colombia and Mexico and has even reached the highest levels of the army, with senior military officials shown to have established direct links with drug traffickers and paramilitary organisations.

Broadly speaking, state responses to drug trafficking through the direct involvement of the armed forces have generally been inadequate across the region, often increasing existing levels of violence and corruption.

Despite these facts, public opinion generally indicates a support for actions and strategies aimed at promoting intervention from the armed forces.

Easing the formal division between internal security and defence

The notion that authoritarian forms of government are a better way to address crime and drug-related problems has promoted the expansion of the armed forces as a solution to insecurity.

As a result, the administrations of Cristina Fernandez (2007-2015) and Mauricio Macri (2015-2019) saw an increase in the deployment of troops in military operations to control drug trafficking. Justifying the need to provide logistical support to security forces, army soldiers participated in surveillance and control tasks on the northern border using radar systems to monitor and control information.

These measures were further justified by arguments advocating the modernisation of the country´s organised crime response considering emerging challenges in the 21st century. In the same vein, different statements made by political party leaders posed the need to modify current security and defence legislation to give the armed forces more flexibility to act on domestic security matters.

As a consequence, Macri´s administration published decree 683/2018 modifying domestic armed forces policy to permit the deployment of troops to the northern border, eclipsing the limits established by the Defence Law. Nonetheless, these efforts to strengthen military structures were undermined by poor government investment, re-emphasising that defence-military issues are subject to fiscal adjustment policies within the context of an economic crisis.

Later, when Alberto Fernandez took office in 2020, he abolished the reform authorising the intervention of the armed forces in internal security and counter-drug strategies, reverting to the previous legal framework which placed strict limits on the role of the military.

Despite turbulence, the implementation of specific measures enabling the militarisation of Argentina´s internal security was never allowed to come to fruition. The US sponsored SSM has not been adopted.

Every time there are drug-related deaths in Argentina, an existential debate arises over the role of the army and wider military forces in fighting organised crime. In a country with a deep distrust of the armed forces, suggesting a change in the role of the military raises alarm bells for countless human rights organisations.

A few arguments underpin the need to maintain a strict separation between the military´s external defence actions in the name of national security, and internal security challenges. First, the armed forces are not trained for this type of threat because militaries are accustomed to using maximal levels of violence to defeat enemies. They are well trained in defence against external enemies or disaster relief, but lack the law enforcement skills required for fighting organised crime. Latin America has vast experience dealing with military dictatorships, excesses such as extra-judicial killings, kidnappings and human rights violations committed by members of the armed forces.

Second, aggressive and militaristic policies contribute to the deterioration of public safety by neglecting civil liberties and human rights. As in the case of Mexico and Brazil, criminal organisations have the resources to adjust their capabilities to confront the armed forces, resulting in an escalation of levels of institutional violence and social conflict.

Finally, there is no need to include the armed forces when the country already has the gendarmerie: a security force of military nature in charge of internal security, the maintenance of national identity in bordering areas, and the protection of national territory.

Instead of rehashing an endless debate over the role of the army in fighting drug trafficking organisations, the focus should be on designing a national plan to combat narcotics through active cooperation with neighbouring countries. Drugs and money laundering are infiltrating all sectors of Argentina’s society because criminal organisations are taking advantage of institutional weaknesses and corruption in the security forces and law enforcement agencies.

As a matter of fact, the links between corruption and counternarcotics initiatives have been widely overlooked. The negative consequences of militarizing anti-drug efforts in Latin America can be explained by the impact that corruption has had on the defence sector throughout the reason, highlighting a notable absence of state capacity to guard against these risks.

In this context, the government needs to gather the necessary resources to strengthen central state institutions and build trusted security forces and judicial agencies. Additionally, long-term factors that contribute to the entrenchment of crime and corruption, such as income inequality, employment opportunities, and education, must be taken into consideration.

Damian Gariglio is a member of the Centre for International Political Studies (CEPI) and a researcher at the University of Buenos Aires. He is currently working in Bogotá for the Colombian Campaign to Ban Landmines as a Humanitarian disarmament adviser. 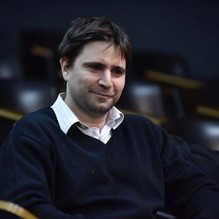