Home   Blog   Violent Elections in Mexico: Why do they Matter? 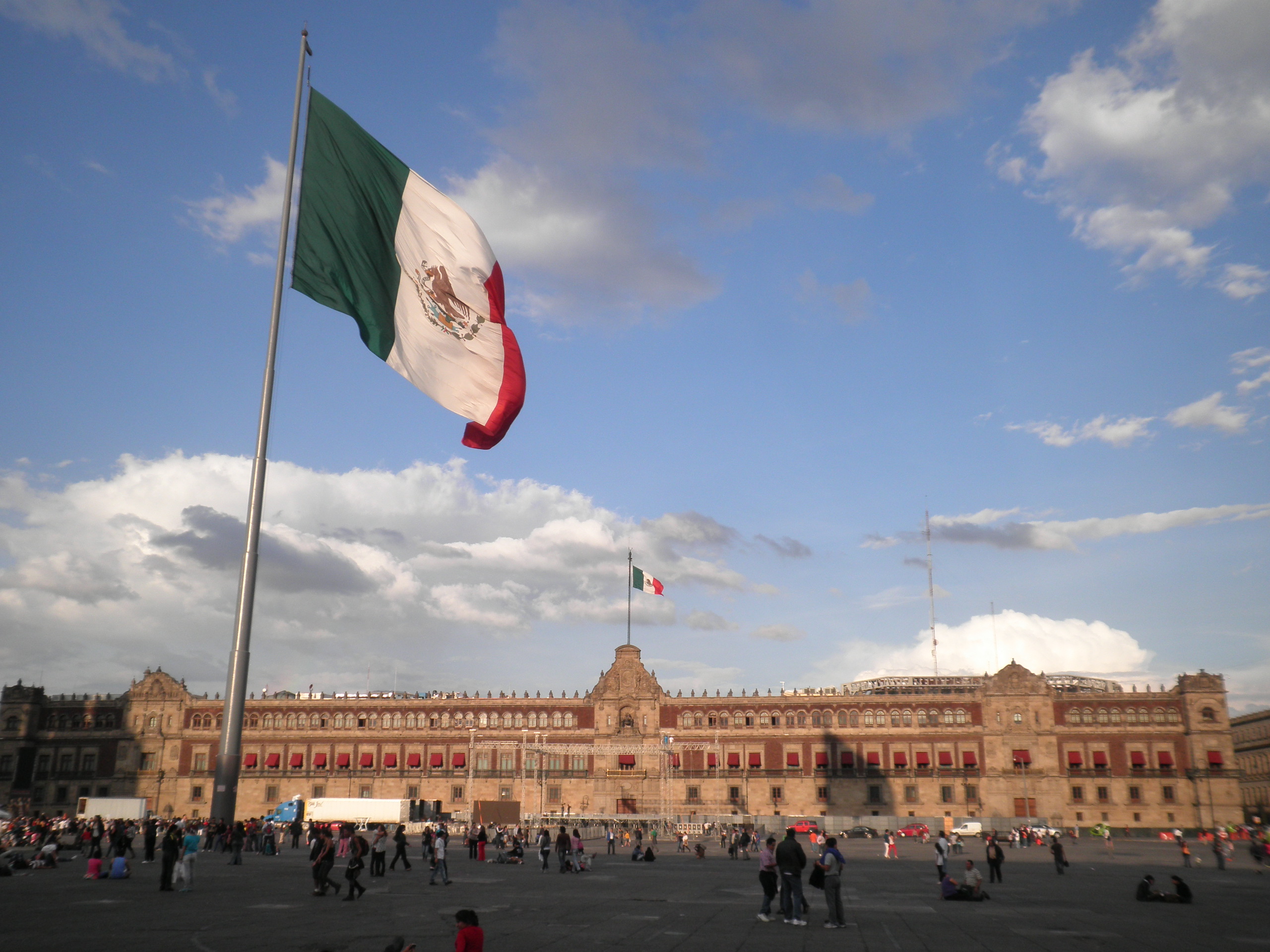 Violent Elections in Mexico: Why do they Matter?

One hundred and one politicians were assassinated during the latest electoral process in Mexico. This is the second consecutive election in the country that has suffered from widespread violence. Researchers registered a total of 1066 attacks: an increase of more than 38% relative to the previous 2018 election. Why have elections in Mexico become a matter of life and death? Are organised criminals or drug traffickers responsible?  Most pertinently, there is a pressing need to investigate what the Mexican government is doing to quell the unrest.

It is well known that Mexico has experienced a rise in violence in the last 15 years. The most
cited reference to reflect this fact is the increasing rate of homicides since 2007, as well as the parallel boom in other forms of serious violence such as disappearances, which amount to at least 88,000 since 2006. Although historical analysis has repeatedly rebuked the idea that the war on drugs started in 2006 with President Felipe Calderón, it has become commonplace in Mexico to blame organised crime, or “narcos”, for this violence. Yet, recent research has provided evidence that the reality on the ground is far more complex and that the hypothesis of a single perpetrator of violence, that capitalises on the fragility of the state, is far from the truth.

Political violence in the electoral context has, unfortunately, fallen victim of this simplistic generalisation. According to the current administration of President Andres Manuel López Obrador, the “party of organised crime” was responsible for the most recent attacks on candidates and politicians.” This explanation was also given by the previous administration during the 2018 elections when violence soared and the number of murdered politicians reached 175. In both cases, the narrative proves problematic because it contributes to reinforcing the dominant hypothesis that electoral violence follows an exclusively criminal pattern, and thus obscures the responsibility of other “non-criminal” actors. Further, this narrative allows the authorities to disengage from their responsibilities towards the prevention, investigation and resolution of these deaths. If violence is labelled as criminals “killing each other”, then this is a problem that warrants far less state intervention.

But if we consider the explanation of the López Obrador administration, many questions are left unanswered. Who is this “party of organised crime”? Is it formed by the macro criminal organisations or by local gangs? And, most importantly, is there supporting evidence informing the narratives of the last two administrations?

The majority of violent electoral attacks against candidates and politicians occur at the municipal level. For years, academics have identified that the municipality became an accessible gateway to alternative sources of income for criminal groups to finance battles for control of domestic markets. These criminals extract resources from the municipal treasury and, preying on local institutions, often also resort to extortion and kidnapping. This means that although existing strategies to combat criminal groups sit at a federal policy level, local governments are particularly affected. Elections provide criminals with an opportunity to shift the balance of power.

A powerful example of criminal groups’ targeting of local elections occurred in 2011 in the state of Michoacán. An organised crime group, the Knights Templar, pressured and intimidated citizens to vote for the PRI, a party that had not been favored in the last state elections. The PRI triumphed in Michoacán securing the governorship and the state legislature. After the election, the leader of the Templars reached out to the Michoacán mayors to demand the punctual delivery of a percentage of the municipal budget as payment for their electoral support.

Although this example illustrates the incentives that organised crime groups have to engage in violence during elections, it also shows that blaming the violence on organised crime is an insufficient explanation of the variations in which this engagement can occur. For instance, it is worth questioning whether politicians are victims of intimidation because they are aligned with organised crime (and are a target of a rival organisations), or because their municipality has been left unprotected by the federation. While some electoral candidates might become allies or members of criminal organisations; others could corrupt their candidacies with financial support; and a significant number could be forced to serve after winning because of credible threats against them or their families. As such, the line “they kill each other” criminalises potentially innocent citizens who are trying to exercise their political rights.

Organised criminal groups are not the only actors who perpetuate political violence. The states of Oaxaca and Puebla have high rates of violence during electoral processes despite the fact that they are not hotspots for ‘narcos’. This indicates that the causes for this violence are related to other types of political conflicts. Further, according to the latest data from the past election, 24% of the victims attributed the violence (threats and other forms of physical violence) to their political rivals, not organised crime. 71% of these contributors stated they could not locate the source of the threat, and only 5% specifically blamed criminal organisations. This data calls for the need to properly investigate the sources of the violence, not only as a matter of justice for the victims, but also to prevent it in future elections.

The Mexican government has protected candidates for 30 years. As I have published elsewhere, the
mechanism – which has consistently been featured in the electoral law of the democratic era –  consists of the following: in the face of a threat, a candidate can request the intervention of public authorities so that security institutions, under the constant tutelage of the Federal Government and in cooperation with the electoral body, assign protection (an armed escort) to her or him. This was the basic formula proposed by the electoral authorities in 1990 for the protection of candidates to the Presidency, and it is the one that still exists with the provision that it can include any candidate at the three levels of government

However, the mechanism has important limitations, none more so than the fact that it does not establish who the specific authorities responsible to coordinate and provide the protection are. In some administrations, the federal executive has taken on the initiative of designing and implementing efficient strategies. For example, both the Calderón and López Obrador administrations created multi-secretariat permanent taskforces to quickly respond to protection requests by candidates during the campaigns. Nonetheless, there is no obligation under the current law to take this additional step. Therefore, candidate protection depends on the priorities set by each leadership.

This lack of an institutionalised, robust mechanism to protect candidates responds to a core characteristic of the Mexican democracy. For historical reasons and for international reputation, the Mexican state is extremely protective of the electoral process. Since the democratic transition in the early 2000s, the measure of success of the democratic exercise of the vote lies mainly in the installation of 100% of the polls in the country, the prevention of fraud, and the effective counting of the votes. As such, the priority has been the process itself rather than the violence that comes with it – including how many politicians die. Yet, what is at stake is a basic right in any democracy: the right to be elected to office and not to die trying.

What to do? International experience might shed some light on the issue. Italy, a country also victim of violence against candidates and public officials, has put in place anti-mafia legislation to combat electoral violence. While the country does not have a specific mechanism to protect candidates, there are at least two measures that are worth noting. The first is the dissolution of the municipal governments infiltrated by the mafia which aims to cut the incentives for organised crime to target municipal resources. The second is the prohibition of electoral candidates who have been found guilty of mafia ties in the past. Both tools echo the vulnerability of the municipal level, as observed in Mexico, but they also point to the potential of legal mechanisms that seek to neutralise the threat beyond conjunctural protocols that only temper the immediate risk to candidates.

Mexico has a little less than three years before its next major election. The goal must be to stop the 2024 process from becoming, yet again, “the most violent in Mexican history.” The situation urgently calls for a rigorous effort to measure the phenomenon, assess the different local dynamics that are fueling the violence, and to identify the criminal and “non-criminal” actors behind it. The measure for success must not only be the safety of the ballots, but also of all the persons whose names are on them.

Ana Velasco is a Mexican feminist security researcher and a consultant. She holds a MA in Gender, Violence and Conflict from the University of Sussex in the UK, and a MA in International Law from the Universidad de Granada in Spain. She is currently a fellow at Women in International Security (WIIS). This article is based on the policy brief “How to Protect Electoral Candidates in Mexico?” which is part of the project Elections and Violence in Mexico by the Noria Program for Mexico and Central America. Contact: avelasco@wiisglobal.org