Home   Blog   We Can Reduce Gun Violence in Mexico, But We Have To Be Smart About It 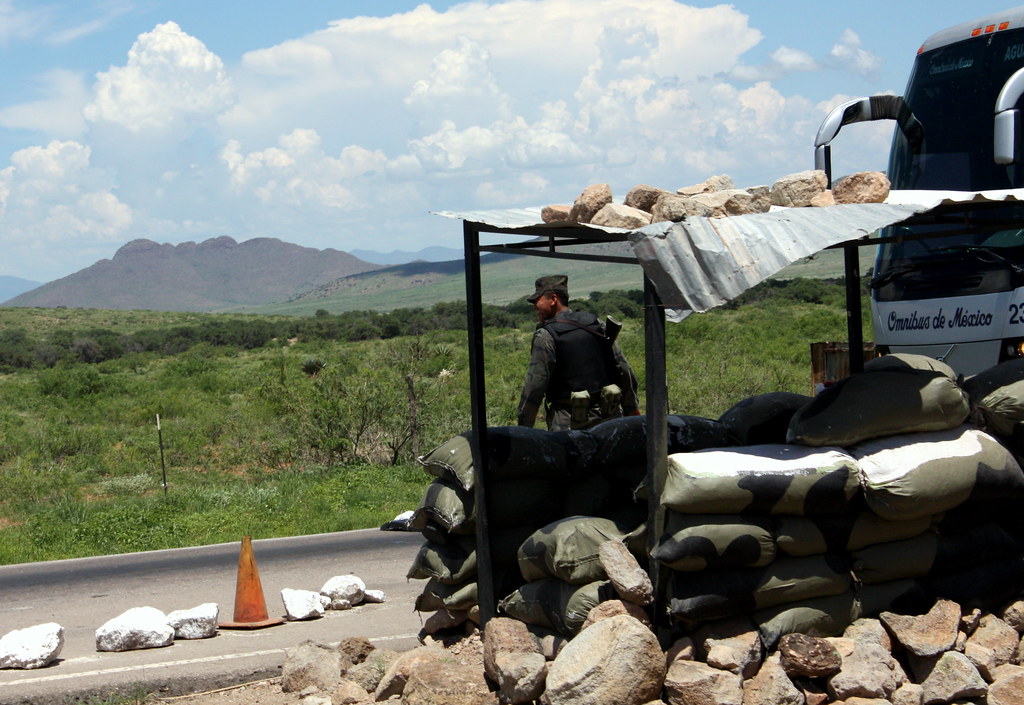 We Can Reduce Gun Violence in Mexico, But We Have To Be Smart About It

In 2017, 29,168 people were murdered in Mexico, the most since records began. Excluding countries at war, there were more homicides in Mexico last year than in any country in the world, apart from Brazil, which has 80 million more people, and India, which has ten times Mexico’s population. Six of the 50 cities with the highest homicide rate in the world are in Mexico.

There has been a security crisis in Mexico since the mid-2000s, and these figures are just the tip of the iceberg: not only has crime increased quantitatively, the crisis has seen the emergence of new types of violence and criminal dynamics.

For instance, crimes are now more likely to involve guns. Historically, in Mexico only a small proportion of crimes involved the use of firearms. However, their use across different crime types has been rising significantly in the last decade. In 2017, more than two thirds of homicides involved guns, while the use of firearms in street robberies or kidnappings has increased 35% in the last five years alone. Using data from crime reports and victimisation surveys, a similar increase in gun use can be estimated for kidnapping, extortion and robbery. These serious crimes would be less common – or at least less violent – if criminals had not had access to guns. In 2017, more than two thirds of homicides in Mexico involved guns

Unsurprisingly, gun crime in Mexico in the past decade has already had multiple deleterious visible and invisible effects on the country. Some visible costs include a reduction in tourism and private investment in some areas of the country. By one conservative estimate, the total cost of crime and insecurity is equivalent to at least 1.1% of Mexico’s GDP. In addition, after a substantial and continuous increase in life expectancy throughout the twentieth century, gun violence has now become – for the first time ever – a leading factor in the reversal of this trend. The invisible costs of gun crime include negative externalities associated with the ‘fear of crime’, including the increasing distrust between authorities and citizens, as well as among citizens themselves.

There is no doubt Mexico has a serious firearms problem, a challenge that has been increasing in recent years. But what can be done?

First, we need to debunk the myths

Given the increase in gun crime (and how it is portrayed in the media), many people around the world might think that it is very easy to get a gun in Mexico. But this is not the case. In fact, in contrast to the many US states across the border (where gun laws are incredibly permissive), Mexico has had one of the strictest gun laws in the world for more than 50 years.

So, where do guns used in crime in Mexico come from? According to US government data, between 70–90% of all guns confiscated in Mexico after a serious crime (such as homicide or kidnapping) come from a gun shop in the US. More specifically, academic research has shown that the number of gun shows across the states in the US is positively and significantly associated with the illegal ‘export’ of guns into Mexico. This makes a lot of sense: fewer restrictions facilitates the opportunities for the movement of firearms to Mexico.

And then, we need to use maths

So, where to start? The American psychologist and educational reformer John Dewey believed that a problem well stated was a problem half solved. Einstein was even more emphatic: when asked how he would save the world if he only had one hour, Einstein replied that he would spend 55 minutes defining the problem, and then five minutes solving it. To date, Mexico has basically been doing the opposite. Instead of understanding violence from an instrumental point of view, by focusing on how to stop the trafficking of guns from the US, the Mexican government has decided to buy (from the US) even more guns for police and army officers. Instead of implementing measures, such as the 2017 Internal Security Law, that wrongly assume that the use of force is the solution to violence, Mexico needs to think more strategically. And for this, we need better data on gun violence and its mechanisms. Solid, valid and reliable empirical data.

Despite the increase in gun violence that Mexico has experienced since the mid-2000s, and the clear negative outcome it has had on society, the economy and even on mortality and morbidity rates, very little is known about the gun violence in Mexico. This is part of the problem. Security officials still take decisions without any empirical evidence about how prevalent guns are or what triggers gun violence.

There is no magic formula. Mexico needs intelligence on gun markets, intelligence that is able to estimate illicit ownership over time and across space. Let’s be honest: the security crisis in Mexico will not be solved until the gun issue is properly understood. Our first survey on gun ownership in Mexico aims to fill this gap. And we do so by asking key questions related to guns in Mexico, providing information about the composition of the privately held urban firearm stock, the motivations for ownership (and non-ownership), as well as citizens’ attitudes about guns. We are certain that having a better idea of these patterns will provide a positive step forward in understanding the gun issue, and in implementing well-targeted measures that can really reduce violence and crime in Mexico.

David Pérez-Esparza researches on crime and gun violence, and is the co-founder of the UCL Organised Crime Research Network.