Home   Blog   Without Wi-Fi it’s Worthless: Will Virtualisation of Courts Prevent or Aid the Backlog of Wildlife Court Cases in Uganda? 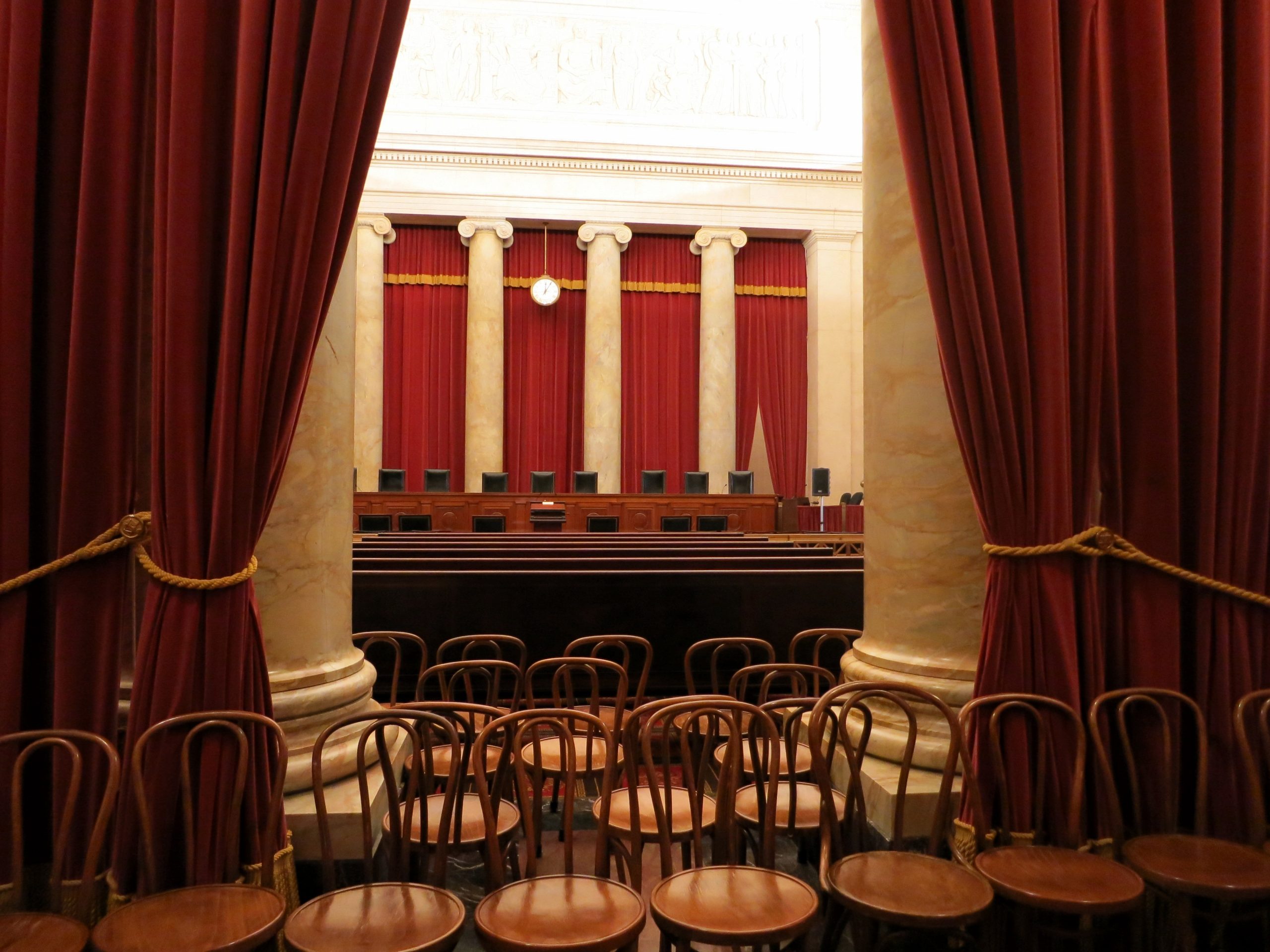 Without Wi-Fi it’s Worthless: Will Virtualisation of Courts Prevent or Aid the Backlog of Wildlife Court Cases in Uganda?

Courts have gone online during Covid-19. Is this the answer to Uganda’s backlog of wildlife crime cases?

The Covid-19 pandemic has obstructed global access to key government provisions, including criminal justice services. A recent United Nations Office on Drugs and Crime report from 2020 showcased that many countries were struggling to handle case backlogs in administrative and civil proceedings prior to the onset of the pandemic. Uganda is no exception; as the pandemic continues to impede government processes, the country has been forced to put large numbers of legal cases on hold while it combats the virus’ effects through national restrictions and an extended curfew. Further court backlogs are likely to follow and national courts are being forced to close or modify their approach. In combination, these factors are contributing to increasing the duration of judicial and administrative procedures, exposing vulnerable groups of the population to greater risks – such as domestic violence for those awaiting hearings, or insecurity for asylum seekers and refugees. A range of measures have been developed to remedy these inefficiencies, including the advocacy of an interconnected justice chain and the development of a strategy for prioritising key court cases.

A significant new development within these strategies is increased training enabling court systems to function virtually.  This includes the provision of ICT equipment software with adequate privacy protections and in line with international human rights norms and standards. The alternatively termed ‘virtualisation of courts’ indicates a significant shift or ‘a new wave’ in the future of criminal prosecution – with similar changes being adopted by the legal communities of both the United Kingdom (UK) and the United States of America (U.S.).

However, opening up a new platform for the prosecution of previously ‘forgotten’ or difficult to prosecute crime-types – such as illegal wildlife trade (IWT) – is not a straightforward process. Various think tanks and scholars have emphasised challenges with this novel approach, particularly those experienced by developing countries. At the forefront of these obstacles is access to basic digital necessities such as internet connectivity, digital literacy, due process, cybersecurity and privacy. While virtual courts could lead to higher accountability, training of prosecutors in the use of new technologies might lead to further delays in court processes.

International authorities increasingly recognise Uganda as a global wildlife trafficking hub, with far-reaching international and local connections. Included in the necessary holistic response to IWT is the need for a persistent and efficient wildlife crime prosecution response. The scale of IWT emanating from and passing through Uganda is best demonstrated by consistent seizures of large volumes of ivory since the 1990s. Illegal pangolin scale trade is also prevalent, with the majority of recorded seizures taking place at the Entebbe International Airport, destined for Asian countries including Malaysia, China, Singapore, Viet Nam, Sri Lanka and Hong Kong SAR, with the latter accounting for the highest volumes of import. Uganda is also a crucial hotspot for regional wildlife crime activity. The country has been identified as a major transit hub, with smuggling routes connected to the Democratic Republic of Congo (DCR), Central African Republic (CAR), Tanzania, and South Sudan.

In 2019, Uganda adopted its first constructive video conferencing system at the respective courts of  Buganda Road Court and Luzira Maximum Prison. The system ensures electronic information is transmitted and received without the need for a person to physically appear in court. Information is transmitted via audio-visual links and despite its high costs – 42 billion Ugandan Shillings (over 8 million pound sterling) – has been praised for its ability to shorten the often lengthy nature of criminal justice procedures and free up judicial human resources for more extensive criminal court trials.

Wildlife crime trials specifically suffer from porous and untrained prosecution. This presents an opening for more in-depth examination of these types of cases – particularly due to the political economy of wildlife crime in Ugandan society. According to justice Geoffrey Kiryabwire, Head of the Judiciary’s Information Technology Committee, Ugandan court systems are:

“already dealing with the burden of heavy backlog of cases and other matters…video Conferencing will make such a profound difference. Instead of waiting for a certain date or time when prison officers are available to transport inmates or other parties to a hearing of a court case, video conferencing technology can be used to cut out transportation entirely.” [Sic]

Individuals accused of wildlife crimes are often located in distant, rural settings removed from Kampala or Uganda’s main cities, making it both difficult and time-consuming to facilitate fair trials for potential offenders. Ensuring swift and efficient prosecutorial action will discourage criminals and help to dismantle local perceptions of IWT as an ‘easy crime’ to get away with.

The emergence of the Covid-19 pandemic in 2019-20 presented a turning point for the Ugandan judiciary, as it led to widespread digital migration after years of standstill. However, the development of digital courts presents novel challenges which must also be considered. Arguably the biggest emergent challenge facing digital integration of courts is the pre-existing low levels of internet access and usage across the country. As of January 2021, a mere 26% of the Ugandan population used the internet. With the majority of the country unable to access the internet, geographical discrepancies have forced courts to transfer cases to those capable of facilitating smooth video conferencing facilities. This is not an unfamiliar challenge for the country, in 2017 the Head of Uganda’s Ant-Corruption Court was forced to transfer a high profile case to a different city which possessed a strong enough internet connection to contact key witnesses in Mississippi, USA. In addition to limited accessibility, digital competence is generally low, with local media reporting that despite the judiciary painting a seamless picture of the integration, the 11 Supreme Court judges took a total of a week to acquaint themselves with Zoom video communications.

Where officials have managed to come to grips with new virtual technologies, the facilities are still limited to only a few criminal courts and judges’ meetings. At a macro level, and beyond low prosecutorial knowledge around the use of these technologies, an absence of sustainable funding continues to impede wildlife cases, with technical support and a equipment servicing effectively non-existent. There is a danger that new technology has been shoehorned into the country with inadequate support, potentially creating more challenges for wildlife crime prosecution systems rather than making things easier.

The virtualisation of courts presents new pathways for backlogged IWT cases through higher accountability, easier trackability and potentially reduced backlogs. However, the existing infrastructural inadequacies, backlog of cases and poor budgetary allocations has slowed down the justice delivery system and by extension IWT court cases. While these hybrid digital court approaches have undeniable merits, particularly given the pandemic’s lingering effects, new and adaptable infrastructure is needed to ensure successful court proceedings. In its simplest form, these adaptations are worthless without Wi-Fi and the accompanying technological necessities which are required to support wildlife crime cases.

Iisa Kosonen is currently completing her BSc in Security and Crime Science at University College London. Her current research interests include investigating the difficulties in effective detection and prosecution of wildlife crime, functions of organised criminal networks in varying cultural context and human trafficking for criminal exploitation.