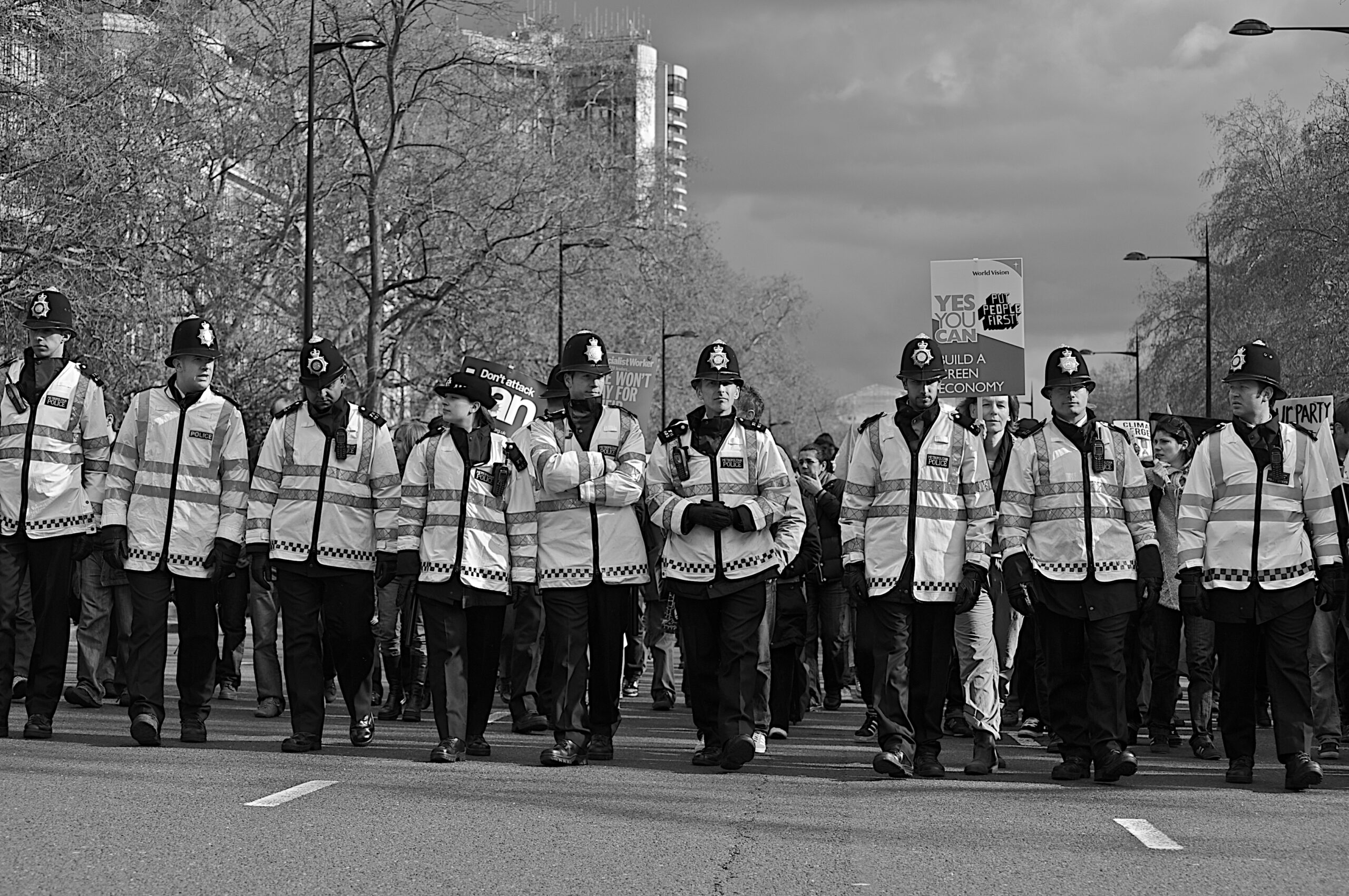 Late in 2013 the UK underwent a third major organisational overhaul to further re-invigorate its countering of serious and organised crime. Most far-ranging concerns boil down to the targeting of threats and towards the prioritisation of tasks, in particular the understanding of when, where and how to concentrate trouble-shooting to problem-solving.

This article post conducts a mini-review of progress so far to date. Activities continue to be considerably vexed in their triage. Ultimately, no magic ‘silver-bullets’ exist when it comes to the highly-challenging tackling of the substantial scale of the frequently globalised – even ‘glocalised’ (global/local) – serious organised crime problem that is confronted both in and with regard to the UK domestically and internationally. In essence, UK efforts against serious and transnational organised crime remain very mixed. Going forward, a healthy dose of critical constructivism is required.

At its core, the UK SOCS clusters around the central ‘4P’ pillars of:

Pursue – Prosecute and disrupt people engaged in serious and organised criminality.
Prevent – Prevent people from engaging in serious and organised crime.
Protect – Increase protection against serious and organised crime.
Prepare – Reduce the impact of this criminality where it takes place.[2]
Extending beyond considerably fused ‘wait and watch’ (intelligence) to ‘see and strike’ (security/law enforcement/military) approaches, the UK SOCS clearly further advances a familiar ‘4Ps’ model. This includes each component (i.e. Pursue, Prevent, Protect and Prepare) interacting both with one another and more collectively together. As Policing Analyst Adrian James has noted, the UK SOCS ‘seeks to encourage the adoption of a range of tactics to reduce threats and vulnerabilities in a holistic way rather than, for example, focusing on arrest and seizure figures that often do not reflect impact or outcomes.’[3] More qualitative risk-based insights over merely quantitative performance indicators are key and require being kept in mind during assessment.[4]

The UK SOCS guiding definitions establish parameters that guarantee sufficient room for maneuver and operational flexibility to deal with serious organised crime and the agility of its perpetrators. Indeed, extending beyond communicating more rigid and static goals or objectives while taking into account the dynamic ebbs and flows of highly-fluid organised crime developments, the UK SOCS notably remarks:

There is no legal definition of organised crime in England and Wales. For the purposes of this strategy, organised crime is serious crime planned, coordinated and conducted by people working together on a continuing basis. Their motivation is often, but not always, financial gain.[5]

Surveying the scene: UK efforts against transnational organised crime
The UK’s efforts at countering transnational and serious organised crimes can be evaluated with an examination of how the UK goes about its work. The UK’s leading serious organised crime investigator is the NCA. During the course of its wide-ranging investigations that extend far beyond the environs of merely London, the NCA acts in concert with different UK Police forces (via Regional Organised Crime Units – ROCUs), as well as with several different international police and law enforcement partners often through various liaison mechanisms, including European region partners and EUROPOL, the US Federal Bureau of Investigation (FBI), INTERPOL, and so forth.[6] Political bodies and institutions at the higher strategic diplomatic level deal with the serious organised crime activities that go beyond daily case-by-case scaled investigations and the tactical and operational levels of work. For instance, the UK Foreign and Commonwealth Office is involved in advancing the UK’s Strategy against organised crime more broadly. This is accomplished through UK FCO interactions with the United Nations Security Council and UN agencies, including the United Nations Office on Drugs and Crime (UNODC), amongst other partners involved in the wider crime-fighting business.[7]

While its overall focus is global, one current area of concern and significant focus for the UK is Eastern Europe. Concentrating on that region as a mini-case study example during this analysis offers us some emblematic illustrative insights into the organised crime challenges confronted overall and their sheer range, with Eastern Europe being judged by the UK SOCS as ‘an entry point for drugs, tobacco and firearms, and a source of immigration crime.

Organised criminals from this region operate in the UK.’[8] Most noteworthy in this area are proactive UK efforts that extend out into the region in more of a ‘forward-borders’ configured manner, including the greater fostering of intelligence to security and law enforcement relationships. Advancing this type of forward-posted work in partnership and co-ordinated with regional and other countries’ law enforcement and investigative agencies is accomplished in order to tackle, primarily, human, weapons and drug/narcotics trafficking, together with child exploitation and cybercrimes. At least some constructive steps, such as in Romania and Greece, are evidently made in that direction.[9]

Efforts countering organised crime benefit from their continued distilling and extended calibration. Frequently, operations with a multi-functional nature are enacted, so that several serious organised crime concerns can be addressed together in more of a collective manner. Simultaneously, this is with more decisive and enduring effects and outcomes in the final ‘hot-wash-up’ assessment. Ideally, both strategic and operational considerations feature in their conjunction.[10]

Authorities, such as the UK’s NCA, always have a distinct lack of resources available. After all, key resourcing, budgetary and staffing/personnel questions relating to ‘how much is enough ?’ persist in several areas, not least regarding what should be assigned to problem-solving efforts.[11]

Again, UK authorities cannot realistically ever be expected to ‘defeat’ and/or completely ‘deter’ or ‘rollback’ all organised crime issues, problems, hazards, risks up and across to threats confronted in a constantly enduring manner. For example, main challenges that may arise cluster around resource-costly sustainability considerations. Furthermore, continuity in operations and in terms of delivering their intended effects and outcomes is hard to maintain during the course of ever-changing, and sometimes rapidly occurring, widespread events and developments. In many ways, organised crime is representative of un- or at least less-inhibited business activities, bypassing legal and other constraints. Instead, UK agencies can , and indeed should, continue to make viable strides towards ‘containment’, namely ‘frustrating’ and ‘disrupting’ as far as possible the activities of organised criminals.[12]

Among the full-spectrum of challenges, inevitably somewhat diverse variations exist in relation to their addressing. Considerably refined targeting and prioritisation is both required and striven on continual bases as agencies, notably the NCA, essentially persevere as they ‘soldier on’. Equally, this forms an area where criminal-related intelligence (‘crime intelligence’), and its closely associated efforts often unfolding in the shadows, performs an ever-more important role.[13]

Conducting greater intelligence work and further understanding organised crime, including its drivers and facilitators, along with the shifting relationships and connections involved, is needed. This work can be data-driven, drawing on indicator-based business-modelling approaches – for example, following ‘intelligence-led’ or ‘directed’ policing methods, including well-balanced with and building on ‘community policing’ contributions, thereby helping to discover criminals’ means, motives and opportunities/possibilities into the future. [14]

Assessing the many activities advanced by the UK that are focused on countering serious organised crimes remains tentative. Overcoming persisting limits as to the extent to which the depths of highly complex serious organised crime cases can be revealed publicly, distinct ‘successes’ are apparent from time-to-time. These signifiers are, for instance, represented in the media and open sources by the high-profile reporting of particular arrests to the public unveiling of case resolutions. Again, these cases with the sharing of the results or findings of and from their investigations demonstrate that some discernible progress is made at least occasionally.[15]

So-called ‘tip-of-the-iceberg’ analogies often resonate when broadly evaluating the tackling of serious and organised crimes. The details of cases are usually kept at a minimum and are frequently expressed in most generalised terms, with any details being revealed after the prevailing ‘curve’ of events and developments, namely once they have taken place (post facto). This is so that any subsequent operations and/or spin-off prosecutions potentially do not become compromised by any revelations. Despite the presence of these distinct security – even counter-intelligence related – reasons concerning disclosure, current efforts undertaken by the UK can indeed be evaluated as being, on balance, reflective of a continuing-to-evolve ‘work-in-progress’. Those types of efforts persist in their diverse mixture, shining at least a little further light on frequently highly ambiguous organised crime-related affairs, which might be gradually unfolding, including non-linearly, over the course of time. [16]

A substantial amount of work still remains to be done, particularly as serious organised crimes and their associated hazards, risks and threats all continue to further evolve. That evolution may occur at times at fast-rates, generating recognised conditions of ‘mission-creep-to-gallop’ in terms of how operations develop in their breadth of directions pursued and the tempos they acquire. [17]

We can readily expect that UK efforts against organised crime will continue essentially on their current trajectory. This is with the strategy (the UK SOCS) launched in 2013 being quietly implemented behind-the-scenes with varying degrees of success occurring much along the lines already witnessed.

At most, ranging from more regularised and systematic activities to more ad hoc and haphazard movements, differing expressions of ‘incrementalism’ are anticipated, with developments slowly unfurling in a more-or-less building manner over longer-term timeframes. This requires much ‘strategic patience’ on occasion, rather than overall organised crime-related events and developments occurring more dramatically or by leaps and bounds, and being more instantly realisable and easily demonstrable in their transformation.

Much complexity persists, together with many nuances requiring their continued navigation and negotiation. Disruption and frustration approaches are maintained by the UK.

[17] Svendsen, Understanding the Globalization of Intelligence, p.125; see also several of the sources cited throughout this analysis.