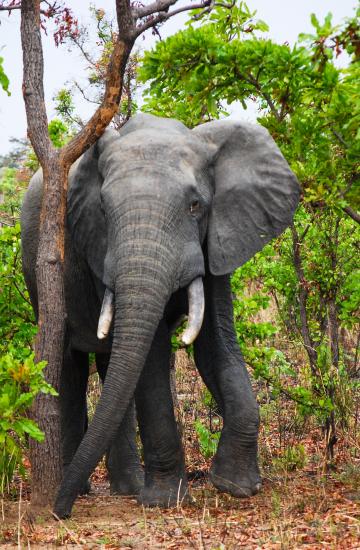 Over the past five years, West Africa has emerged as a major source and transit hub in the global illegal wildlife trade (IWT). Today, countries in the region account for the world’s largest volume of African rosewood and pangolin scale seizures.

However, while the significance of the region in global IWT flows is increasingly recognised, very little is known about the financial aspects of these criminal operations.

In 2020, the Financial Action Task Force (FATF) called on countries to assess their exposure to illicit financial flows associated with IWT and to pursue a greater use of financial investigations in IWT cases.

This webinar explores the paper’s findings – including the results of a regional survey of financial intelligence units – and present RUSI’s recommendations for a West Africa Strategy on Combatting Wildlife Crime, to be ratified by heads of state from the Economic Community of West African States (ECOWAS) this year.

This will be followed by a moderated panel discussion featuring:

The event will be chaired by Alexandria Reid, Research Fellow and Deputy Chair of the Strategic Hub for Organised Crime Research (SHOC) at RUSI.

We will provide simultaneous translation in French and Portuguese.

This study was funded by the global project ‘Partnership against Poaching and Illegal Wildlife Trade in Africa and Asia’, implemented by Germany’s GIZ development agency on behalf of the German Federal Ministry for Economic Cooperation and Development (BMZ) and the German Federal Ministry for the Environment, Nature Conservation and Nuclear Safety (BMU).