Prisons and Terrorism – A lecture by Professor Seán McConville 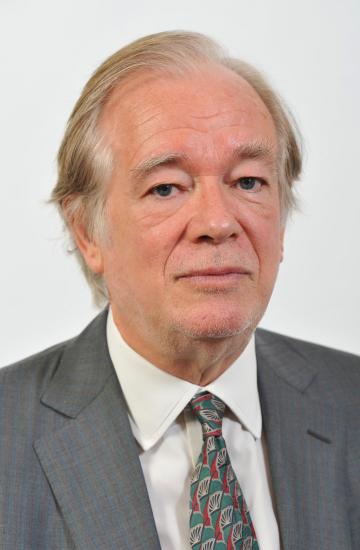 A presentation by Professor Seán McConville on the imprisonment of terrorists, focusing on the use of prisons by paramilitary organisations to further their objectives.

Erupting in 1969, the Northern Ireland “troubles” continued with terrible intensity until 1998. The most enduring civil conflict in Western Europe since the Second World War cost almost 4,000 lives, inflicted a vast toll of injuries and wrought much destruction. For a trilogy of published studies on politically motivated prisoners, Professor Seán McConville drew on numerous archives in Australia, Ireland, the United Kingdom, and the United States. He also interviewed a wide range of people who participated in, tried to resolve, or were affected by the conflict in Northern Ireland. Republicans and loyalists, male and female prisoners, officials and staff, families, supporters, clergy, and politicians: all played a part, and most were changed in the process.

In this webinar, Professor McConville will offer a wide‑ranging analysis of the role prisons can play in furthering the aims of paramilitary prisoners and the possibilities for countering this. He will examine the policies and approaches of the three jurisdictions – Northern Ireland, the Republic of Ireland and England – providing an account of riots, escapes, “strip” and “dirty” protests, hunger strikes, and the crucial matter of relations with the community. He will point to trade‑offs and dilemmas as well as some principles and policies that might help governments and policymakers avoid costly mistakes.

Professor Seán McConville is Professor of Law and Public Policy at Queen Mary University of London. He has served as a litigation consultant, worked for the House of Commons and Council of Europe, and advised government bodies on both sides of the Atlantic.

This event is open to RUSI members only. To become a member, please click here.

To take part, you must pre-register no later than 29 June using the ‘Register Now’ button above.

After registering, you will receive a confirmation email containing information about joining the webinar.

If you have any questions, please e-mail Živilė Kulevičiūtė, Events Manager, at ZivileK@rusi.org.