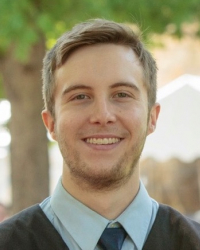 Bret Windhauser has a B.A. in International and Global Studies and French and French Studies from the University of the South in Tennessee. He then went on to complete a Master’s program in Near Eastern Languages and Civilization at the University of Washington in Seattle. Currently working as a history teacher, Bret previously taught Arabic and courses on the Middle East. His research focuses on the relationship between smugglers and states. For his undergraduate degrees, Bret wrote two theses on migrant smuggling between Europe and the Middle East. His Master’s thesis studied the smuggling of SIM cards and foodstuffs between Israel and Palestine. He is presenting a paper at the Middle Eastern Studies Association’s 2021 annual conference on smuggling in Iraq and the Persian Gulf. Bret is also working on a forthcoming journal publication on the effects of illicit and licit groups’ practices in constructing the built environment of Baghdad.