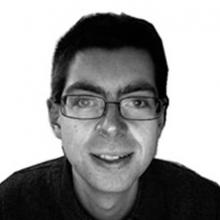 Adam D.M. Svendsen is an intelligence and defence strategist, educator and researcher, and an Associate Consultant at the Copenhagen Institute for Futures Studies (CIFS), Denmark, as well as a co-founder and co-director of the Bridgehead Institute (Research & Consulting). He has been a Visiting Scholar at the Center for Peace and Security Studies (CPASS), Georgetown University, has held a post-doctoral fellowship based in the Centre for Military Studies (CMS), Department of Political Science, University of Copenhagen, Denmark, and he has worked at Chatham House on the International Security Programme and at IISS, London. He has also worked as a Strategic Intelligence consultant, trained at European defence and emergency planning colleges, lectured at senior/advanced level at the Royal Danish Defence College (FAK), and taught at the University of Nottingham. Together with work cited in testimony to the Foreign Affairs Committee of the UK Parliament, he has multi-sector award-winning media and communication experience, including authoring several peer-reviewed publications, such as the three books: Intelligence Cooperation and the War on Terror: Anglo-American Security Relations after 9/11 (London: Routledge/Studies in Intelligence Series, 2010 [Pbk 2012]); Understanding the Globalization of Intelligence and The Professionalization of Intelligence Cooperation: Fashioning Method out of Mayhem, both (Basingstoke: Palgrave Macmillan, 2012). Further information via twitter: @intstrategist http://orcid.org/0000-0002-0684-9967