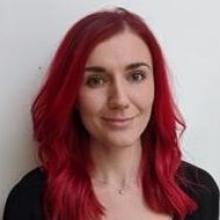 Institution: University of the West of England

Having initially trained as a translator, Dr Phillips’ journey as a criminologist began in 2012 when she was awarded a place on the EU-funded Leonardo Da Vinci scheme in Calabria, Italy. After developing links with a number of anti-mafia organisations, she decided to change her career and was subsequently awarded AHRC funding for a PhD on the Calabrian mafia at Bristol University in 2013. D Phillips started working at the University of Gloucestershire as a Lecturer in Criminology in 2018, before joining UWE as Senior Lecturer in 2020. Her research is focused on transnational organised crime and environmental crime, as well as the history and cultural representation of the ’Ndrangheta mafia.