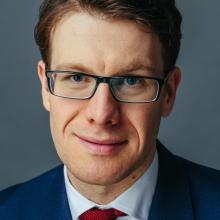 Dr. Andi Hoxhaj is a Teaching Fellow in Law at the University of Warwick. His research focuses on corruption, the rule of law, and the Western Balkans. His work was referred by the UK Parliament 2018 Report on ‘The UK and the future of the Western Balkans‘ on issues related to corruption, rule of law, and the role of international donors. He was awarded his PhD in March 2017 at the University of Warwick and his thesis was on ‘Anti-Corruption Policy in the EU and Reflexive Governance’. Dr. Hoxhaj is currently transforming his thesis into a book for publication in Autumn 2019 with Routledge. In April 2018, he was awarded the ‘British Academy Rising Star Engagement Award‘ by the British Academy for Social Science and Humanity.