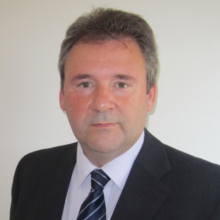 Anthony Richard’s research focus has been on conceptualizing terrorism, UK counter-terrorism strategy, radicalization and extremism. He has also published on a wide range of other terrorist related themes including British public and Muslim attitudes towards both terrorism and counter-terrorism, homeland security, terrorism in Northern Ireland, and terrorism and sport (he was the lead editor for the volume Terrorism and the Olympics: Major event security and lessons for the future, Routledge, 2011). His book on Conceptualizing Terrorism was published with Oxford University Press in September 2015 and has been nominated (by OUP) for the Political Studies Association’s best political science book of the year award (the W.J.M. Mackenzie prize).

He has presented to a wide range of academic and policy-making audiences and has contributed to briefings on terrorism and radicalization at the Home Office and the Foreign and Commonwealth Office. He spoke at the last National Security Summit (October 2015) and he convened a panel of experts and academics to discuss ‘Interpretations of terrorism, radicalisation and extremism’ at last year’s British International Studies Association annual conference (June 2015). He was also recently invited by the Office of the United Nations High Commissioner for Human Rights to submit input for an OHCHR report on Countering and Preventing Violent Extremism.