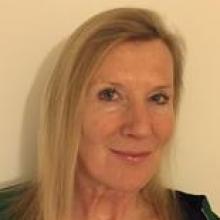 Georgina Sinclair is a consultant to government/police in the fields of policing, security and justice within wider security sector reform and a Senior Research Fellow at the Institute of Commonwealth Studies (University of London). Since 2010, she has supported the Association of Chief Police Officers/National Police Chiefs’ Council, the Joint International Policing Hub and Police Scotland as an international policing expert and a member of the International Policing Assistance Board. She has provided strategy and policy development within the UK and overseas, and has developed and delivered courses internationally for police officers deploying on overseas missions.  Since 2015, she has supported the European Union Police Services Training programme (EUPST II), and is currently leading on an EU project with police partners to consider international missions challenges and guiding principles relating to ‘monitoring, mentoring and advising’.

Georgina previously held academic posts at the Universities of Reading, Leeds and The Open University and has research interests and publications that have included British colonial policing; policing in Northern Ireland; the internationalization of UK policing post 1945; international policing assistance and police-military cooperation within FCAS.