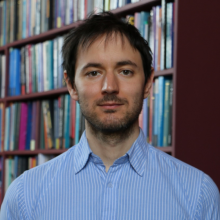 Mihály Fazekas completed his PhD at the University of Cambridge in 2014 looking at high-level corruption, state capture, and state capacity in Central- and Eastern Europe. Now, he works at the University of Cambridge as the scientific coordinator of the Horizon 2020 funded project DIGIWHIST. This large-scale research project uses a Big Data approach to measuring corruption in public procurement and to allowing citizens to hold governments to account. He is also taking a leading role in other research projects on corruption such as ANTICORRP; and directs a think-tank, Government Transparency Institute, specializing in using Big Data to understand government performance.

He holds three master degrees in economics, public policy, and teaching. He has experience in both quantitative and qualitative methods in diverse fields such as economics, public policy, and political science acquired in numerous research projects across Europe. He has worked for the OECD, World Bank, RAND Europe, Ecole Nationale d’Administration, Hertie School of Governance, and Hungarian Academy of Sciences.