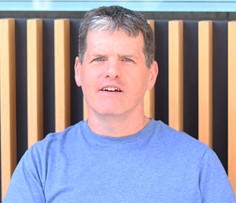 I am a lecturer in Criminology at Nottingham Trent University and currently lead on two separate modules entitled Policing and Crime Reduction. I am currently planning for an undergraduate level 6 (year 3) module on Serious and Organised Crime to be introduced in autumn 2024, as well as designing a two-week summer school course for international students with the same title in the summer of 2023.

From 1988 to 2017 I was a serving police officer in Nottinghamshire Police. From 2004 until retirement (in 2017) I was the lead on Prostitution and Sex Work on behalf of both the police and the local authority, responsible for all issues in these areas, including on-street, off-street, and online.

I was responsible for producing the policy approach for both organisations on Sex Work. This gave me experience of human trafficking for sexual exploitation and forced labour in situations such as brothels. I have given evidence in person twice to an All Party Parliamentary Group on prostitution and once in writing to a Home Affairs Select Committee.