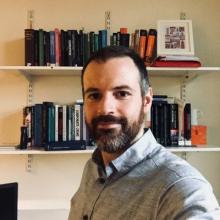 Nicholas Lord is a Senior Lecturer in Criminology in the Centre for Criminology and Criminal Justice (CCCJ) in the School of Law at the University of Manchester. Nicholas has research expertise in white-collar and corporate crimes of an economic and financial nature, such as fraud and corruption, and their regulation, in addition to organised crimes such as counterfeiting and food fraud.  He is currently involved in three research projects: 1. ‘Food Fraud: A Supply Network Integrated Systems Analysis’ (ESRC funded); 2. ‘Corruption in (Non-)Criminal Commercial Enterprise’ (AHRC funded); 3. ‘Distribution and Consumption of Counterfeit Alcohol:  Getting to Grips with Fake Booze’ (Alcohol Research UK funded).

Nicholas has published extensively in international journals and has a forthcoming monograph on Urban Security in Europe (2017 – Routledge). His recent book Regulating Corporate Bribery in International Business (2014 – Ashgate) was the winner of the British Criminology Book Prize 2015. Nicholas was also the winner of the Young Career Award 2014 of the US-based National White-Collar Crime Research Consortium “in recognition of outstanding contributions to scholarship in the area of white-collar crime”. He is also the Chair of the European Working Group on Organisational and White-Collar Crime (EUROC).