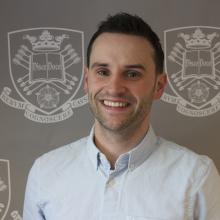 Xavier’s research interests are around the policing of organised crime and how law enforcement formulates strategies to combat different forms of organised criminality. His previous research has focused on tobacco smuggling and as part of this research, Xavier has carried out an ethnographic case study of an active tobacco smuggling enterprise. He subsequently worked as a research associate at the Universities of Sheffield and Leeds on international and domestic research projects concerning surveillance and policing. He has also recently been involved in a project concerning the use of restorative justice in the context of organised crime.

He is currently actively conducting research in the areas of organised crime and policing and welcomes enquiries on these themes.