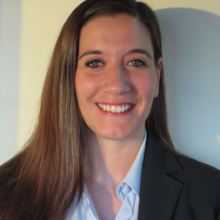 Helena Carrapico joined Aston University in September 2014 as a Lecturer in Politics and International Relations. Her research focuses on European Union Justice and Home Affairs, and is comprised of two strands. The first regards specific policy fields within Justice and Home Affairs, namely organised crime and cyber crime, and the second one concerns the external dimension of the Area of Freedom, Security and Justice. She holds a doctoral degree in Social and Political Sciences from the European University Institute (Florence), where she developed her thesis on European Union organised crime policies.

Prior to her current position, Helena was a Newton International Fellow at the University of Dundee, where she worked on the Justice and home Affairs opt-in and opt-out strategies of the United Kingdom. Previous academic positions were also held at James Madison University, the University of Coimbra and the Austrian Academy of Sciences. Helena was also a visiting fellow at the DG. Justice, Liberty and Security of the European Commission, in 2007, and at the Center for European Policy Studies (CEPS), in 2008.