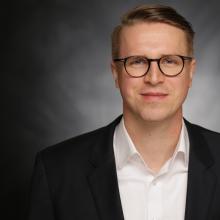 Julian Laufs is a currently a PhD student at University College London’s Department of Security and Crime Science where he focusses on the prevention of future crime and terrorism. Julian holds a BA in International Relations from Malmö University in Sweden and an MSc in Countering Organised Crime and Terrorism from UCL. Between his studies, Julian worked in the German Embassy in Washington D.C. as well as the Delegation of the European Union to Uganda. His research interests include both, topics of International Relations and Crime Science. He places a great focus on border management, future crime, and risk assessment and has conducted studies on the implementation dynamics of EU border control policies as well as radicalization trajectories in different ideological groups. Julian’s other research interests include US and EU foreign and security policy, the history of the Middle East and new approaches to crime- and terrorism-prevention