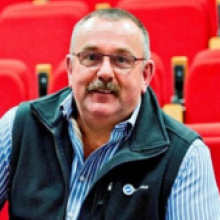 Peter Squires is a Professor of Criminology and Public Policy at the University of Brighton, his recent work has ranged across gun control and firearm-related crime, community safety policy, policing, youth crime, gangs and anti-social behaviour management. He is the author of several books, the most recent of which directly examines gun-enabled crime and firearms control issues (Gun Crime in Global Contexts, (Routledge, 2014).

He has also written on the development of UK police armed response policy: Shooting to Kill? – Policing, Firearms and Armed Response (Blackwell, 2010).  He was the editor of ASBO Nation: The Criminalisation of Nuisance (Policy Press, 2008) and Gun Crime or Gun Control ? (Routledge, 2000).  He has been an advisor on firearms controls and, since 2013, a member of the National Council of Police Chiefs’ Independent Advisory Group on the Criminal Use of Firearms.