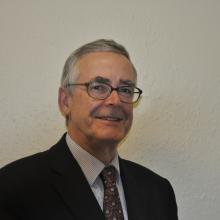 From 2010 to 2012, Tim Wilson was Professor of Forensic Sciences and Public Policy in the former School of Life Sciences of Northumbria University. He also served as the lay chair of the Home Office sponsored Forensic Pathology Disciplinary Committee from 2007 to 2010 and was a Visiting Fellow at the PEALS (Policy, Ethics and Life Sciences) research centre at Newcastle University from 2009 to 2012. He was made a Fellow of the Forensic Science Society (now Chartered Society of Forensic Science) in 2011.

His academic interests include: (a) how criminal justice systems are responding to rapid scientific and technological development (b) international criminal justice cooperation in response to increasingly globalized threats to European society and citizens and (c) the reconciliation of such developments with the law of evidence and human rights

Prior to his academic career, Tim was a member of the Senior Civil Service (Home Office, Ministry of Justice and HM Treasury).